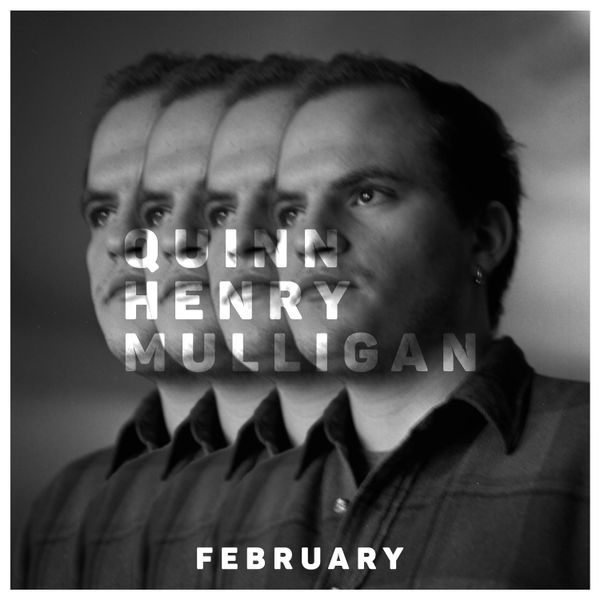 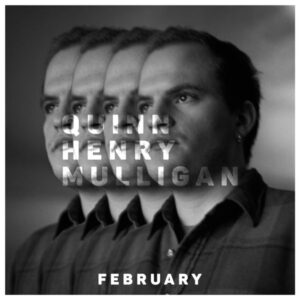 Second album of dreamy acoustic folky alt-jazz in as many months from song-smith on a mission to release an album every month in 2018.

Singer songwriter Quinn Henry Mulligan is releasing an album per month in 2018. The year is already two months in so I have been listening to album number two, February.

The album is one of gentle acoustic songs and Quinn has a calm soothing voice. On my first listen to the album I was working and listening with headphones on. The effect of his smooth voice and gentle harmonies was a feeling of relaxation and serenity; nothing was going to bother me.

However, working while listening didn’t fully do the experience justice and when I took some time out to really listen mindfully and got lost in the songs. The sparse clarity of the arrangements and delicate instrumentation meant I could pick up all of the subtleties and simple beauty of the melodies and lyrics.

From the striking acoustic strum at the outset of Need Need Me I was drawn in and as the song burst to life with Quinn’s impassioned plea “tell me I’m the only one” I was hooked. Talking of striking, I couldn’t help but notice a striking resemblance to a young Marlon Brando on the cover art for February.

This is an undeniably beautiful album. I Burn with its simple and effective minimalistic acoustic guitar showcases Quinn’s heartfelt lyric complemented with effective effervescent backing vocal.

The album continues in a similar vein and while Quinn’s voice is gentle it is also has some power behind it, as demonstrated on the accordion backed Cosmic and Pretty Eyed. Arms Race & Changing the Season are two of the livelier songs on the album with a richness to the driving acoustic guitars of Arms Race and cacophonous textured instrumental sax break towards the end of Changing the Season.

For me, it is the final trio of tracks that are the albums highlights. Being a lover of the music of James Grant & Love and Money, To Love No One immediately made me think of the country tinged Dogs in the Traffic era Love and Money – particularly Looking for Angeline.While with its velvety laidback sax intro to next track In My Room (and on another couple of instances on the album), Black (aka the late Colin Vearncombe) was brought to mind. Not necessarily in Quinn’s voice but in the general feel and instrumentation of this and moments elsewhere on February. The sax on the song also transported me to Bowie’s latter works and in particular to his final legacy, Black Star.

Nothing Burns Me is the final track on the album and my personal favourite from February with a delicate folky sea shanty feel to it, the track is one of the most atmospheric on the album with an intriguing layered vocal adding to the overall substance of the song.

I look forward to seeing what March brings.

Here’s the official video for In My Room: