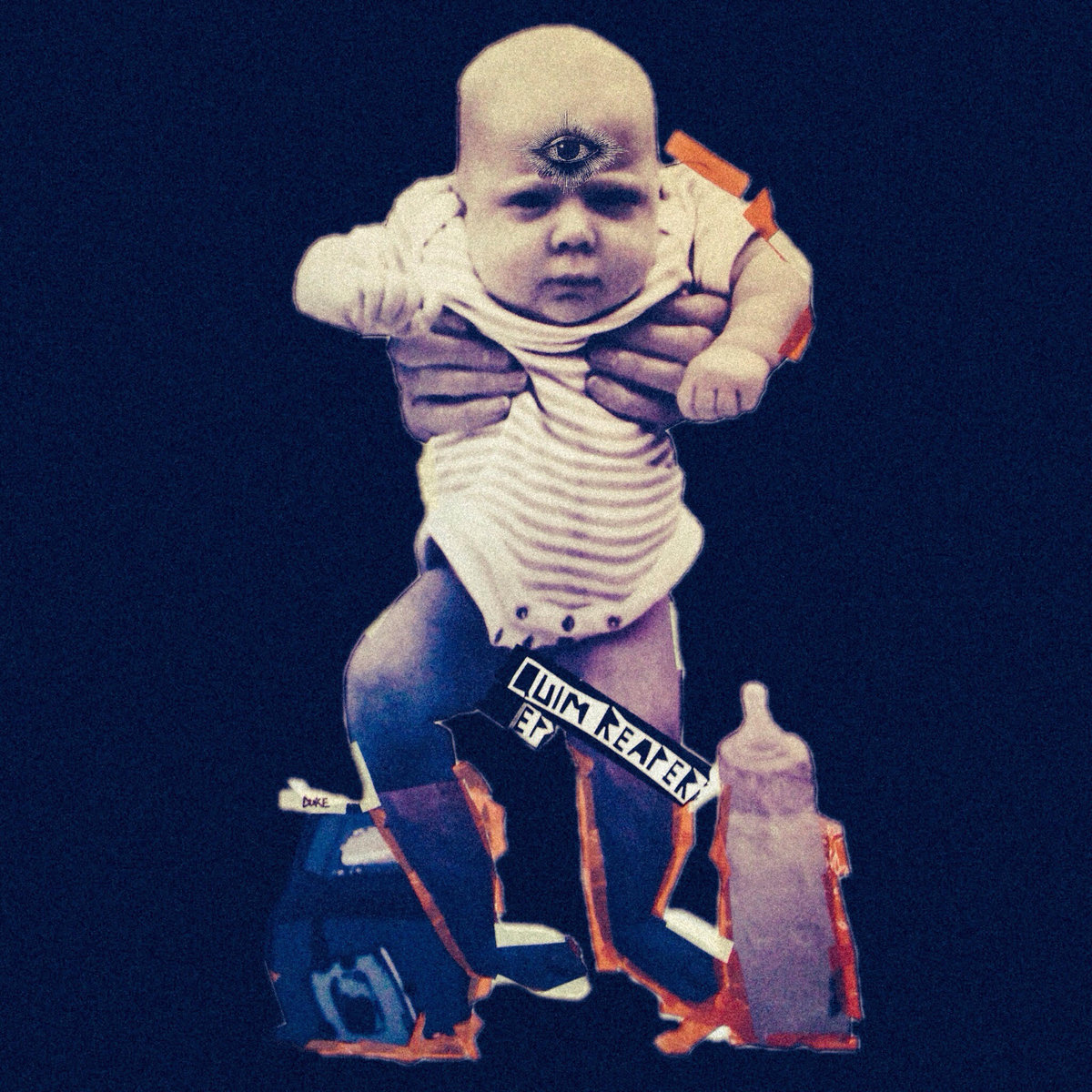 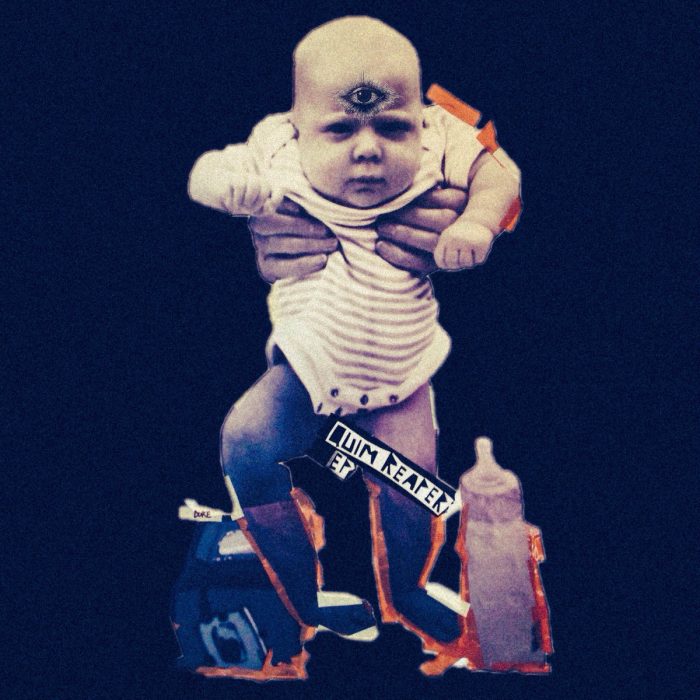 This is the sound of ‘not giving a fuck’.

Proper Punk Rock. From the Devils own garage.

The sound of gratuitous offensiveness.

The name itself is vile.  (Anagram for ‘evil’)

For their own amusement.

Old Punks will hear  Swell Maps, Electric Eels, the Snivelling Shits as sounds-a-bit-like ‘influences’ in this… but no-one under 45 will care.

There is a song called Monday, one called Bad Trip, one called Liar …. you get the picture; songs about things that are shit.

Three of QR are in Bullybones who had a bit of down-time as the drummer fucked off to Uni.  I thought QR was a ‘part-time’, letting off steam, ‘pro-ject’ that would last a few weeks…. a few months on and they’re touring Europe in a van … and getting as wasted as humanly possible it seems from the available evidence.

The pivotal band member is Luke, the one who is not a Bullybone. He’s an anti-charismatic nutjob, all beard, muscles, face-paint and a surfin’, skateboarding dude to boot. He does most of the singing, but they all take turns, swap instruments and generally fuck shit up.  The vocals are near hysterical and a reverb effect is used not infrequently.

These songs are written in the two minutes it takes to play them with a few pre-prepared ideas I guess.  The immediacy and energy and lunacy is everything.  They are songs of boredom and hate. Which take the piss too.

They sound like being punched by a train whilst the voices in your head sing the chorus and your demons chew on your nerve endings.

Ordinarily I’d proclaim this the greatest album ever made, but then they’d  go and split up.  The debut EP/LP may well be the only thing they ever produce,  just a perfect piece of  one-take, of the moment, trash.

Live however they have all the aggression and dynamics of a garage version of Bad Breeding – only obsessed with their dicks and not political struggle.

I’ve got warts on my dick / And my fingers are brown …. it’s Monday!

Oh, and that Cutting off yer nose / Just to spite yer face line isn’t a metaphor -there’s a line later on about keeping a knife by the bed. It’s literal.

They are killing rock’n’roll, one vile evil song at a time.