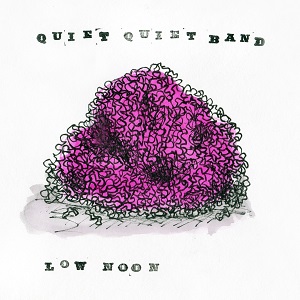 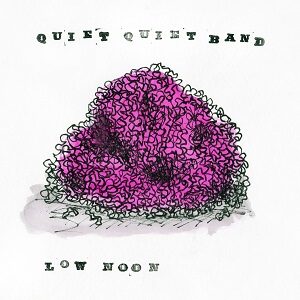 If you were told that a band containing a Death Metal bassist and classically trained violinist existed you’d be intrigued, right? Be intrigued no more. The ironically named Quiet Quiet Band are here. Ironic because through Low Noon’s eleven racks they are mostly anything but that.

They perform songs of love and death, and maybe there’s nothing revolutionary about that, but they also play songs about sea monsters and murder. You get where this is going don’t you? They’re a mixed bag, yes – but what a glorious multi-coloured bag.

With hints of Red Hot Chilli Peppers’ Anthony Kiedis and one of the most stylish moustaches in music they glide through wonderful soundscapes of alternative Country, Folk and good old Rock ‘n’ Roll with slices of The Levellers thrown in for good measure.

Album opener Hunters Moon is a majestic medium paced guitar and violin onslaught which defies the aural system and some lovely key changes which add a mystique and dramatic feel. Recent single Battery Human begins like a chorus from Charlie And The Chocolate Factory before proceeding to transform into a manic percussion led delight. It’s a clever song including all the elements of the band in a mix that probably shouldn’t work, but does.

There’s also a sense of humour about the band as they enthral with Fudge – “Would you like a piece of my highly poisoned fudge? Did I say highly poisoned? I meant to say delicious”. Take a piece, it’s lovely. Lordy, Here Comes Dolly has echoes of Nick Cave as it swaggers like the best of any murder ballad.

Bonfire is a stunning half instrumental track which ditches voices after four minutes and skims the surface of loveliness for the remainder, while album closer Gallons Of Hurt turns from Spaghetti Western to classical punk to tango in three and a half very special minutes.