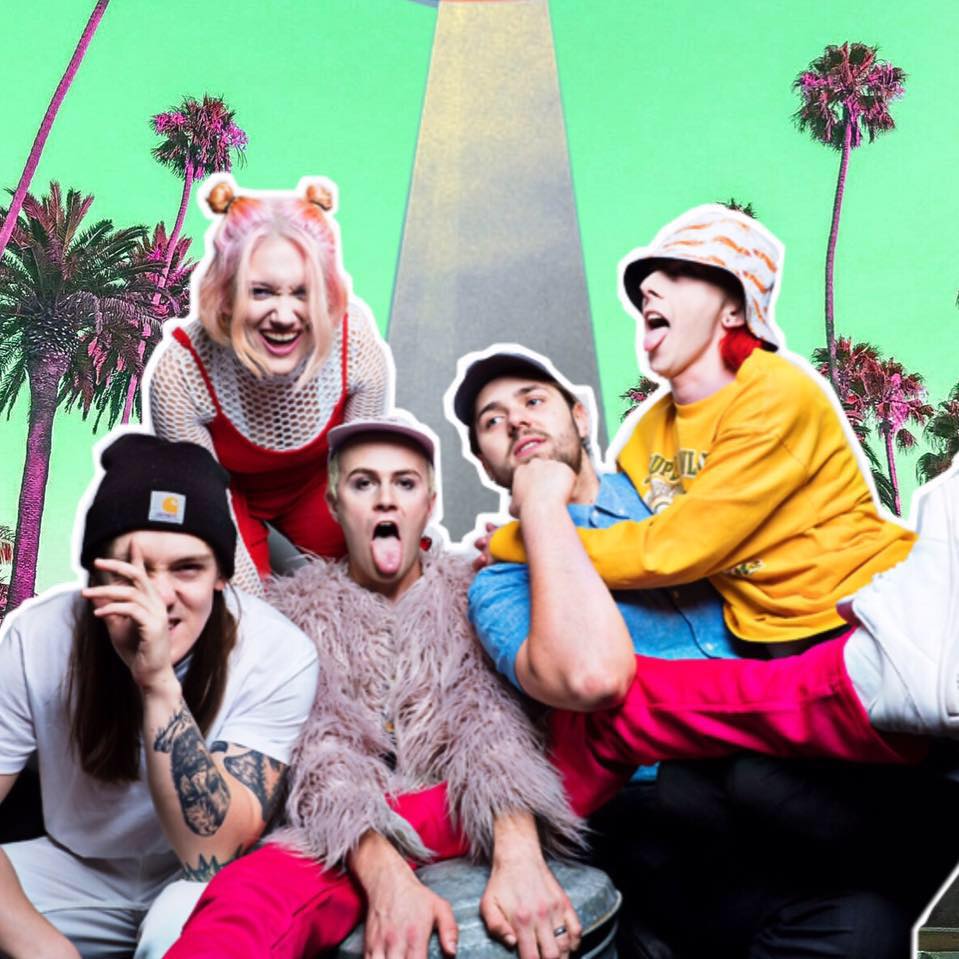 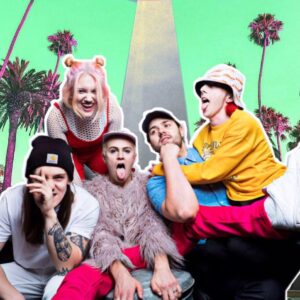 New band of the day

Ahead of a triumphant hometown gig in December and the release of their first album early next year, Louder Than War’s Roxy Gillespie puts the spotlight on the crazy punk antics of Queen Zee.

Having made quite a name for themselves over the last few years, including an endorsement of their music by none other than Iggy Pop, Queen Zee have a definite buzz around them. With their first album due for release in February 2019, it looks as if the whirlwind has no intention of stopping. Following a few years of gigs and festival appearances they plan to end 2018 with a Liverpool gig where they will play the whole of the new album.

The band formed in Birkenhead but now class Liverpool as their home, although they have band members from Leicester and Carlisle. Their debut single Sissy Fits came out in May 2017, but it has been their incendiary live shows that has seen them achieve a loyal band of followers. The chaotic way the band mess with the whole ethos of promotion, having fans pose as the band in promotional photos and once even sending another band, Chinsniffer, to perform as Queen Zee, shows both their off-beat humour and a certain excellent disregard for ‘the way things should be done’.

Having brought their inestimable blend of riotous punk and gay glitz to more than one radio show, the band hit Maida Vale and recorded live for BBC Radio 1’s Phil Taggart in 2018, making history into the bargain with the first Maida Vale session brought to the public by an all-female crew. Iggy Pop said “They’re strange people from Liverpool. I don’t wanna say they’re dirty, they look a little weird, but they rock like crazy” but Huw Stevens of Radio 1 probably summed it up well when he called them “The Rocky Horror Picture Show on steroids.”

In addition to gaining a cult-like status with their own followers, Queen Zee have racked up some pretty impressive support slots. They have worked with the likes of AC/DC, Peaches, Beth Ditto, HMLTD, Melanie C, Dream Wife, and The Kills. Not bad going for a decadently feral band from Wirral.

While the new album gives some of us a reason to drag ourselves through the brutality of the drab English January weather, their 13 December gig must surely be an antidote for the banality of Christmas. Taking place at 24 Kitchen Street, one of the more intimate venues in Liverpool’s Baltic Triangle, it seems likely to be quite something. If there are reports of a huge explosion in the vicinity, don’t be surprised. The venue may not be able to contain their explosive energy. You might end up as collateral damage in the fallout, but what a way to go.

Queen Zee perform at 24 Kitchen Street in Liverpool on 13 December. Their new album is set for release on 8th of February 2019 on Sasstones Records. Find out more about the band and their 2019 live dates here.