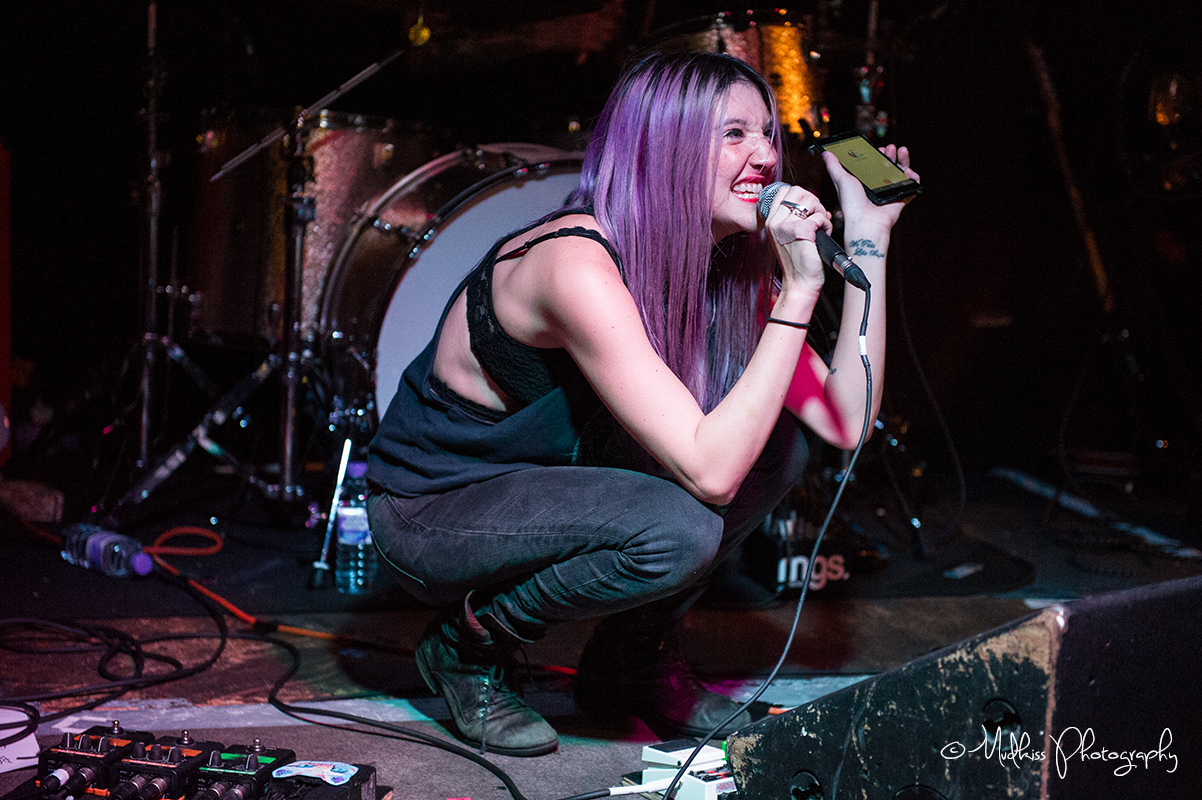 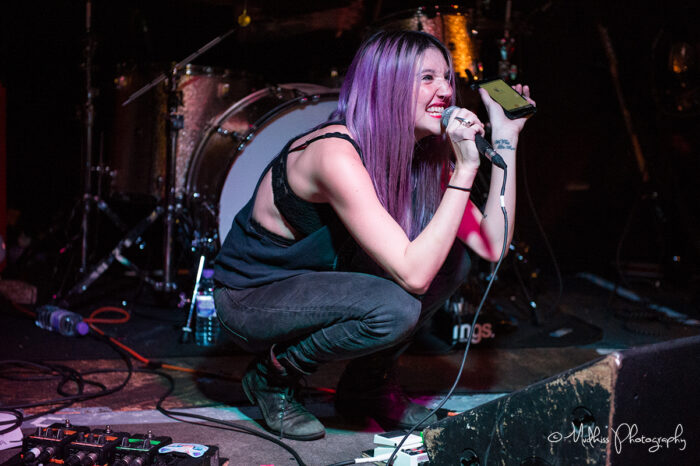 Louder Than War reviewer Dom Walsh and photographer Melanie Smith team up to check out hotly tipped rock band Queen Kwong. They have been a widely touted prospect and have slowly crept into the obligatory end of year lists (most notably in Kerrang) for their 2015 release; Get A Witness.

As the band took the stage, I wasn’t sure what I was expecting – what occurred was 50 minutes of edgy, chaotic, confrontational rock and roll. 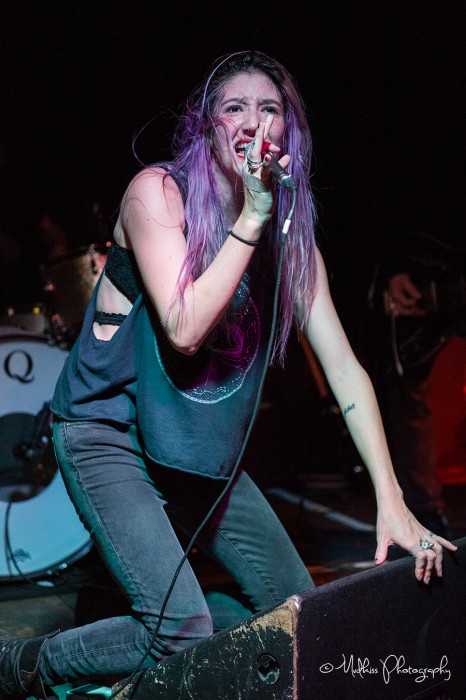 From the outset the band struggled with sound problems and unfortunately placed lights which meant the band were clearly unhappy. A broken bass string two songs in and a mic that didn’t work during opener, Pet, meant that the raw tone of the set was already at a level that heightened the hefty tension in the air

Carré Callaway (AKA Queen Kwong) took to the floor as the band launched into Cold Dagger, taking the obvious struggle of sound problems to the audience. The photographers trying to get their shots had to stand back as Callaway writhed around on the floor. The maniacal delivery of the vocals became more and more out of control. In the face of clear adversity as gig problems go, the band battled through. Bells On showed the primal nature of Callaway’s vocal further – whilst still prowling the venue in an increasingly unhinged manner.

As the show was clearly being taken to the crowd; the impulsive nature of the bands front woman led her to give a lesson in concert etiquette. Clearly annoyed, Callaway confiscated a mobile phone off a member of the audience as they were texting. Rightly or wrongly, the phone never returned to the punter’s hands for the duration of the gig. Was this a new incarnation of punk rock? Rather than spitting in the face of things that disaffect you and annoy you, sever people’s communication to make your point to ensure they are listening. To make people sit up and listen you have to make statements of intent. This was certainly a statement which made people think twice about letting their mind wander elsewhere and meant that this gig will be remembered for those in attendance as the gig where a singer took a person’s phone during the gig!

Whilst this statement will be the overriding memory for a few people, what shouldn’t be forgotten is that raw and visceral audio onslaught that Queen Kwong delivered. With most of the material from Get A Witness making up the set, Wes Borland (of Limp Bizkit fame) showed that he is a much under rated guitarist with the cacophony of noise he created from his little hub on the stage. The distorted bass and uncompromising drums drive Queen Kwong in their sonic quest to slay their audience. As the gig drew to a close, Borland’s guitar ended up in the rafters of the venue with the band hastily exiting the stage from the front with Borland aggressively spitting on the floor – perhaps to show his dissatisfaction with the problems they endured during their set. Callaway offered a short thank you and followed her band members. 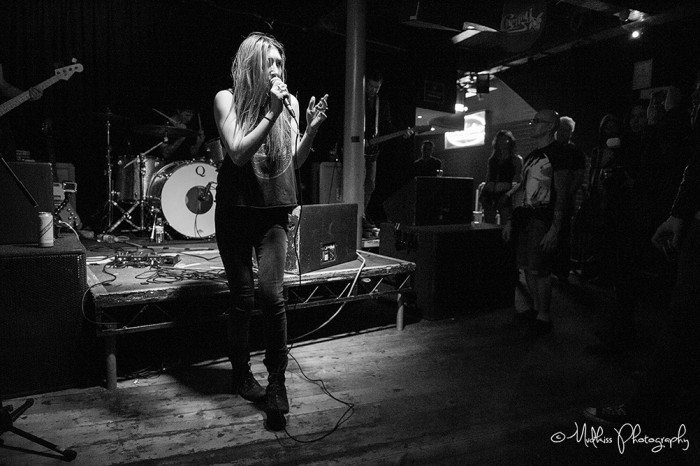 As far as concerts go, Queen Kwong certainly delivered one of the most raw and volatile performances I have ever seen from a band. This band is exciting and hopefully they will return to our shores and continue to excite. If the band makes a return to Manchester, they deserve to be greeted by a larger crowd that their performance and music deserves. Just watch you don’t spend your time telling your mates via text what you’re doing…save that for the morning after!

Words by Dom Walsh. You can read more from Dom at his author’s archive here. Dom also tweets as @bwfcdom83.