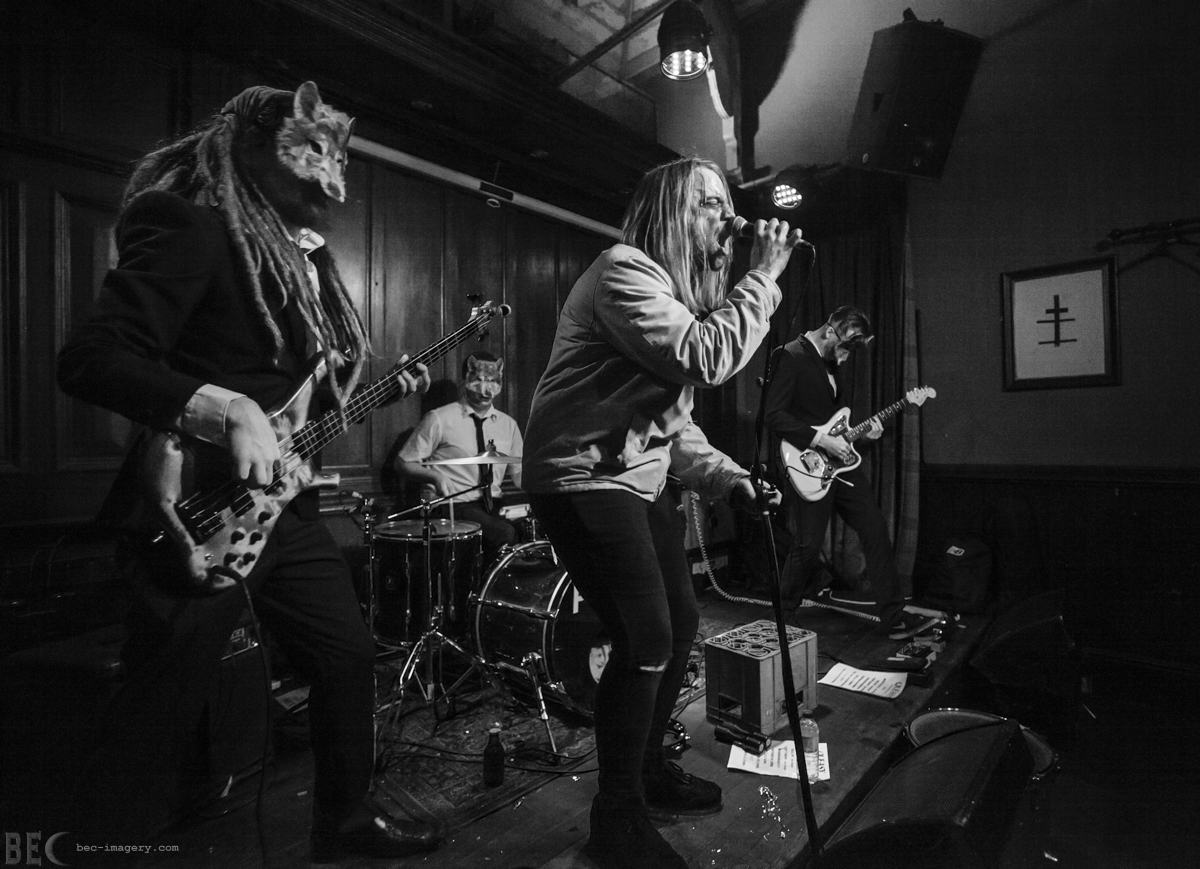 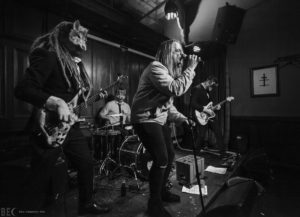 Louder Than War’s Roxy Gillespie checks out Queasy at The Castle, Manchester as they launch their new single, Fed to the Wolves.

The mood was good in the gig space in the beautifully traditional pub The Castle, in Manchester’s Northern Quarter. With the line-up on offer, the crowd had every reason to feel there was a great night ahead. Queasy, the funk-rock bad boys, were celebrating the release of their latest single, Fed to the Wolves, and had brought two other brilliant bands along for the ride. 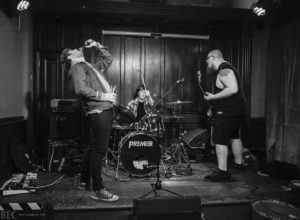 The evening began with a wild set from Salt The Snail. Vocalist Krystian donned his Mexican wrestler mask for the recent single, Spanish Announce Table. The crowd had the microphone thrust at them to join in the chorus and did not disappoint. Rarely confined to the stage, he brought the performance into the crowd both during and in between songs. The game of ‘Pick something out of my pocket’ (shirt pocket, that is!) as he approached the audience and made them take a slip of paper, added a surreal air to a set that also saw the audience dodging glow sticks and Penguin biscuits thrown from the stage. The music still managed to top the other shenanigans, as they played excellent short, sharp tracks like Coffee, Maaate! and Dead Enders. Mayhem it might have been, but the songs were heavy, hot and sharp. Keep saltin’. 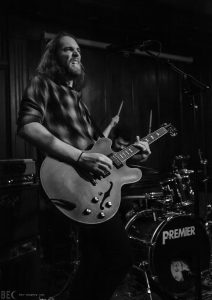 Rival Bones might have had a more sensible demeanour, but they kept it loud. Their brand of rock has a 1970s vibe with a bit of early Soundgarden thrown into the mix – heavy excellence. James is a superb vocalist and guitarist, and along with drummer Chris, they produce a formidable riot of sound. They started with Want You Madly, an excellent track. The heavy whirlwind of a set included Hives, Robot Girl and their first single, You Know Who You Are. They finished with Hot Blooded, an apt description of an incendiary performance.

Headliners Queasy were dressed to impress. With sharp suits and fox masks for bass, drums and guitars, vocalist Jack was the only one in more regular rock gear. They began with first single, Build A Wall, featuring outstanding funk guitar, followed with a track so new it had no name. The sound was tight, provocative, slamming rock funk and the audience loved it. 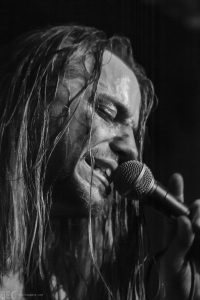 The set continued with tracks such as the excellent I Don’t Know and Swanndangerous. At times, the vocals were deceptively sweet and clear before hitting you in the solar plexus with a burst of fury. When Jack hauled a drum up to add to the already rock-solid rhythm section, things got even hotter. The set proper finished with the excellent new single, Fed to the Wolves. It was a combustible mix of charismatic and hard-hitting vocals and a solid rock basis, with some great screaming guitar licks to boot. After a short, slightly confused, break the band did an encore of sorts with Conclusion Illusion, which provided an impressive end to the night. It included an interlude where most of the band just laid down rhythm, using various bits of percussion. It was a knock-out set and a fitting way to launch an outstanding single.

Information on Queasy, Rival Bones and Salt The Snail on Facebook.

All images by BEC Imagery. More of her work can be found at bec-imagery.com.