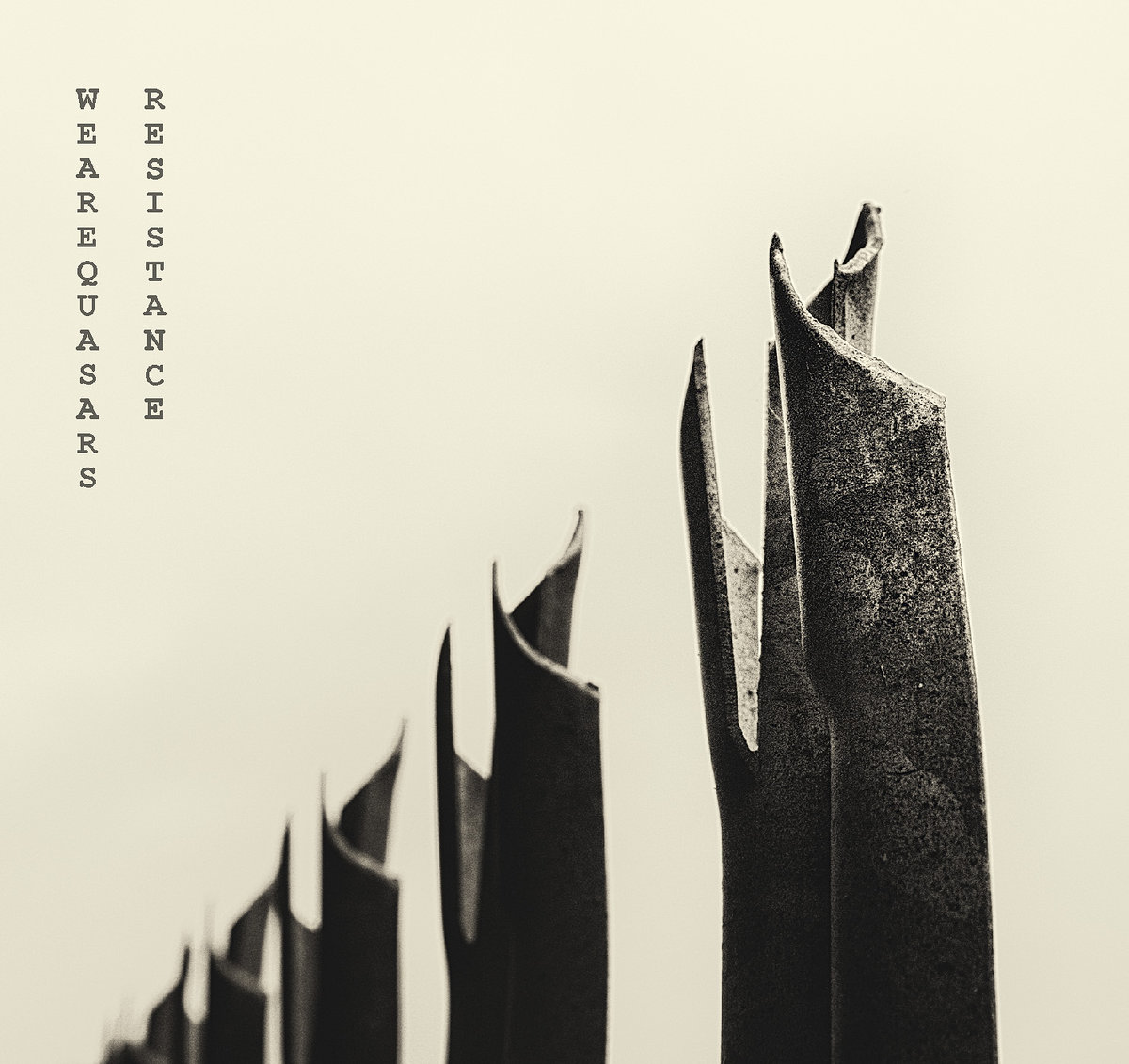 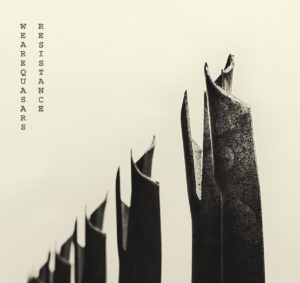 We Are Quasars – Resistance

With the departure of vocalist Annette Millican, We Are Quasars could quite easily have called it a day. Her voice, whilst unusual, possessed a beautiful almost angelic quality that paired with the almost prog-Indie musicianship almost perfectly. But then, step forward Amy Tweddle, the lyricist and writer of previous EPs The Cities Lost Beneath Us and In The Shadows Of Mountains, to take over the singing duties. She’s nailed it and We Are Quasars sound like a new group with an added ferociousness.

With Liz Keating (drums) and Laura Ferguson (bass) they are revitalised, out of the ashes almost and fighting to surge forward. Resistance is their debut long player, ten tracks of betrayal, dissatisfaction and acceptance. It kicks against the pricks and it kicks ass in the same way that Deux Furieuses did on Tracks Of Wire, and it has an edge that they perhaps bypassed on earlier releases.

Opener, Post-Wave has echoes of Elastica and is a striking introduction to the revitalised band. It’s melodic and incisive and Tweddle’s vocals shine in honesty and frankness. The trio make a racket too, loud and proud, fighting against each other yet working as a close knit unit that clearly has longevity.

G.T.T.F. has anthemic qualities and will be a true call to arms at live performances for sure. There are hints of Pixies tucked away too (Bullet) and early Blondie circa X Offender and Rip Her To Shreds which are compliments indeed, and the integrity of We Are Quasars is fully assured. The album isn’t perfect, the mix is sometimes little lacking, but somehow it is that minor imperfections that adds to the general feel and vibe.

“Where are the protests” calls War, one of many references to the state and direction of today’s world. Politics, rhetoric and ‘resistance’ is what this album is all about. It is a reflection on current events and affairs as much as it is about sexism and undoubted inequality in music today. Bravo to We Are Quasars for making a stand, and equally as important making an album that will stand the test of time.