Home Music Reviews Album Reviews We Are Quasars: The Cities Lost Beneath Us – EP review 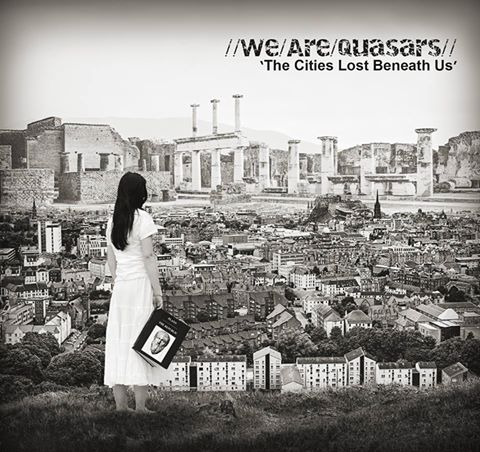 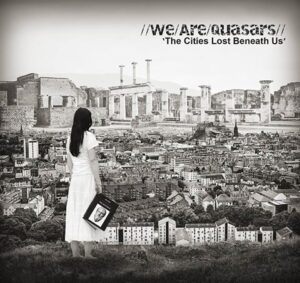 We Are Quasars – The Cities Lost Beneath Us

Initially, the first pleasing thing about The Cities Lost Beneath Us is that it proves that last years In The Shadows Of Mountains EP was no fluke. This new EP brings six more new tracks to the public view, each one marking an added maturity in writing and performance.

The song writing by Amy Tweddle (also a member of the superb mylittlebrother) continues to enthral with its complicated structures and descriptive lyrics. EP opener, Icarus for example rises from the embers to a near anthemic track of honest quality. Slowly increasing in power and feeling, Annette Millican’s vocals have also taken on greater quality. It’s a track which is well worthy of wider acclaim.

Ellipsis sways from slow to pacey interludes with some fine guitar work and more building verses. There’s an element of tease as the track begins to race then backs off once more from where it came. A little disjointed initially, it soon falls in to place after the several listens that it will undoubtedly demand. Particular note too to a lovely bass line towards the end of the track.

The highlight of the song sextet comes in the bass heavy Empire. A near Burundi drumbeat provides a tribal sounding backing to more gnarling guitars. Yet again, it’s a well-constructed track and one gets the feeling the We Are Quasars spend hours in the studio perfecting and mixing their work. Produced by the band themselves it is further testament to the talent that lies in wait.

With a hint of Pink Floyd’s Another Brick In The Wall, Sirens steams along with more of the memorable melodies and wordplay that is the strong point of the bands inevitable success. Judas provides some New Wave elements and is probably the most commercial effort. A brilliant arrangement and backing vocals allows the track to stand tall.

Closing with the subtle but poignant Cities (Epilogue) and it’s striking final chord, it’s easy to see why BBC Radio Cumbria have been quick to champion We Are Quasars and it is surely only a matter of time before their national Auntie sits up and listens too.