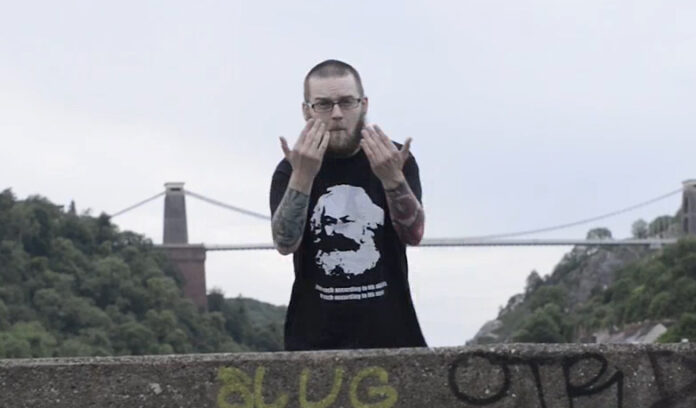 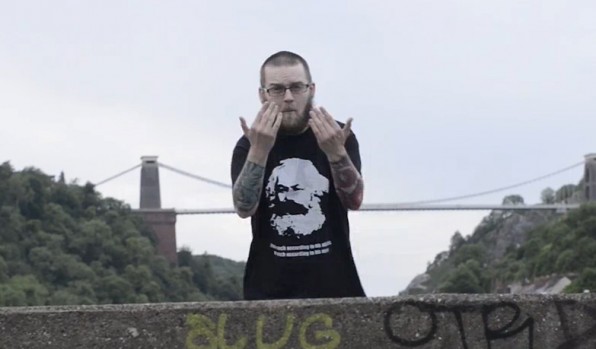 If you didn’t gather from the previous review and interview I did with Bristol Hip-Hoppers QELD, I like them a lot. Their beats are crafted around old soul records and samplers; while their rhymes are based upon Socialist/left-wing ideas, and bleed together wonderfully with a number of personal issues.

It frustrates me, considering Ben Pike/Jon Rice’s talents, that QELD don’t get enough props for what they do. Especially with the tendency of UK media to lean towards the “Grime” scene and overlook much of the quality Hip-Hop at a grass-roots level, QELD don’t get the recognition they deserve.

The video for ‘USSR’ may have been released last year, but the track is a straight, no-nonsense assault on work, Capitalist exploitation and dictatorship. It attacks fat cats throughout history and the modern day, and pays tribute to Communist revolutionaries with plenty of multis and witty aggression (“Ridiculous bars/ These rappers here pennin’/ You’re Nicholas Czar/ We’re Vladimir Lenin.”)

Rice takes a back seat on the vocals, so it’s the turn of Pike to flip bars that reject corruption, austerity, poverty and unfair labour practices. A sample from Bob Black’s essay ‘The Abolition of Work’ is also included that makes clear the duo’s position of political protest (“No one should ever work. Work is the source of nearly all the misery in the world.”)

This is a great track, a real battle-rap banger made up of impressive punch lines and production influenced by the Golden Era of Hip-Hop. I’ve been playing this song a lot of late, but the more people that lend their ears to QELD and tell their friends about them the better. We need more stuff like this.

All words by Andy Carrington. More writing by the author can be found at his author archive. Be sure to also check out his website, too.