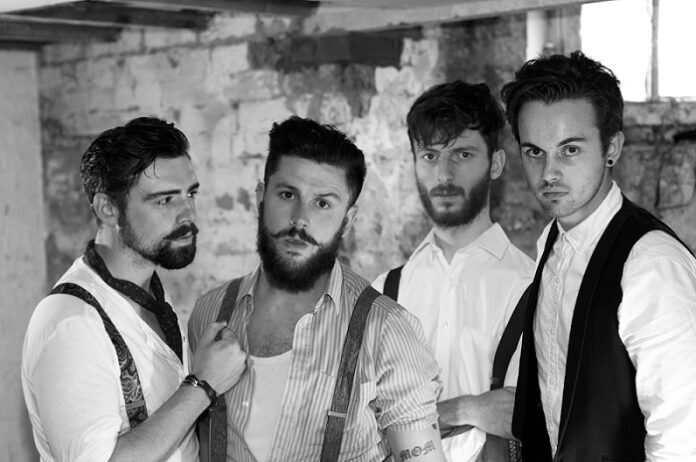 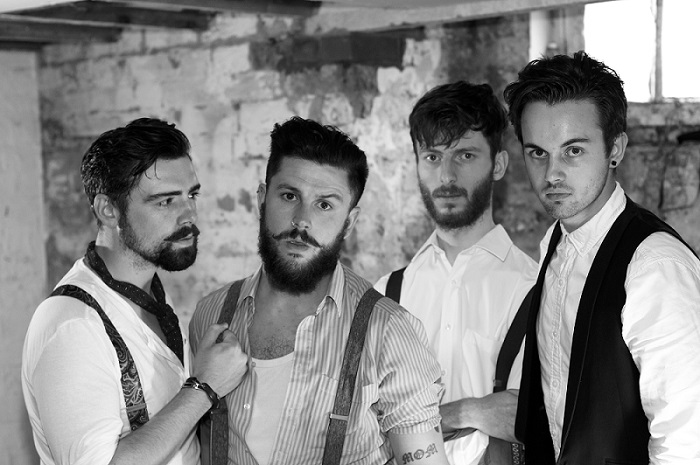 Last month we premiered the new video by Sean Grant and the Wolfgang, a video for a song from their most recent EP release, ‘War Machines’, which addressed the issue of one of the heroes of the enigma code breaking team – Tommy Flowers, the man who actually built the machine that won the war – not having gotten their due. Intrigued by his historically-based folk-punk musings, Louder Than War’s Dave Beech decided to catch up with Sean to ask him a few questions about said EP. See what he had to say below.

Music has always told stories, and whilst a lot of those stories reflect the personal experiences of the artists recounting them, there are those which tell the stories of the past, recounting timeless, historical events over personal emotion and experience. And it’s this kind of historical yarn-spinning which runs through the course of the latest EP from Sean Grant and the Wolfgang, ‘War Machines’. And whilst Grant’s last EP dealt with the situation of the working classes of the first half of the 20th century, ‘War Machines’ looks to the unsung heroes of the World War II, whose actions were pivotal in an allied victory. Not only that, but Grant delves in to both his family’s past, and his own subconsciousness on ‘Fairground Fighter’ and ‘Freedom of the World’ respectively. As such ‘War Machines is an intriguing insight in to both the singers personal family history, and the stories of those which made our present day what it is; not to mention the fact the release (almost) coincides with an especially poignant year of remembrance, making ‘War Machines’ both a timely and timeless release.

We caught up with Sean to ask him what inspired him to create such an interesting record.

Louder Than War: Hi Sean, great to catch you for a few words. Your new EP War Machines is a kind of concept record recounting stories from World War II. What inspired you to turn such stories in to songs?

Sean Grant: Hi, thanks for having me. I’ve always been one to recount stories of the past or about the everyday folk that have been around me in my life, and after the success of the debut EP being about my own family history I wanted to try something different for this one. I live in Milton Keynes so Bletchley Park is literally down the road from me so I started reading and gaining as much information as I could about its stories, I tend to get a little obsessive…

How did you go about finding the information for the lyrics? And how much of it is artistic license?

Mainly books, documentaries to begin with. Then we were invited down to The National Museum of Computing by Lin Jones and given a private tour of the place after performing for the folk there. If you listen to the whole EP the majority of it is fact woven together, apart from “Freedom Of The World” which was based on a dream I had around the time I was writing and gaining the information, I had such a vivid dream of being on the front lines myself.

A track on War Machines is entitled ‘Fairground Fighter’, inspired by your great great uncles, how did you find out about their past, and what was it that made you want to encapsulate them in a song?

‘Fairground Fighter’ came about after playing the first EP to my Grandmother, in particular “We The Working Class” about her husband, my Grandfather which brought her to tears. After which every time I saw her she’d dig up different pieces of information about him or the war, and that’s where the EP artwork came from which is a picture of my great uncles, it’s such a powerful and striking image which also led to the title of the EP “War Machines”.

You’ve just been on tour around Europe and the UK, presumably around the time of Remembrance Day. How did playing the new material live go down, was it different from country to country?

Yes the tour was great, we can’t wait to get back out on the road as soon as we can. I think the reception of the material was universal, I don’t think there was a difference in people’s mind set towards the content of the songs as the writing isn’t pointing the finger it’s just trying to tell the stories of the unsung heroes of yesteryear, and people can appreciate that. It was really special to be able to tour around Remembrance day with this EP it’s one we’ll remember for sure.

Your previous EP We the Working Class was similar in that its songs too shared a narrative thread, what is it about history that interests you so much and inspires you to take such inspiration from the past?

I just got fed up of writing songs that after while didn’t mean so much to me after the 100th listen or so because I wasn’t in love anymore or I wasn’t depressed anymore, and I wanted to really sit and write something that mattered to me that I could stick on in a year’s time and think yeah I still love that and what it’s about. The original writing of the songs was for myself personally I never intended to take them out and tour them, I just played a few small shows and it just snowballed from there.

Do you have any plans for your next EP yet, care to tell us what theme you’re exploring next time?

Now that would be telling… I have a few ideas in the pipeline. I would really like to write something personal about myself. We’ll see I guess.

With the EP released on December 8th, what can we expect from yourself & the Wolfgang going in to 2015?

Like I said we can’t wait to get back on the road again as early as possible, Possibly a spring tour. The festivals of course, I love the festival atmosphere and think it really suits our live shows. More writing recording, we’re just going to keep working hard making videos and content for our fans to have, it’s something that we are truly passionate about and couldn’t turn it off even if we wanted to.

Finally, any exclusive news or parting words you’d like to leave our readers with?

The new EP “War Machines is out on the 8th December on our wonderful label The Shipping Forcecast, We have a show at the Sebright Arms on the 10th December in London.

Lastly have a wonderful Christmas.

Sean Grant and the Wolfgang can be found on their personal website: SeanGrantandtheWolfang.com, Facebook and he tweets as: @seangrantandtwg.

Dave Beech is a music journalist based out of Manchester. He writes and edits for a number of different websites and links to his work can be found over at his blog, Life’s A Beech, as well as his Louder Than War Author Archive. He also tweets as @Dave__beech.