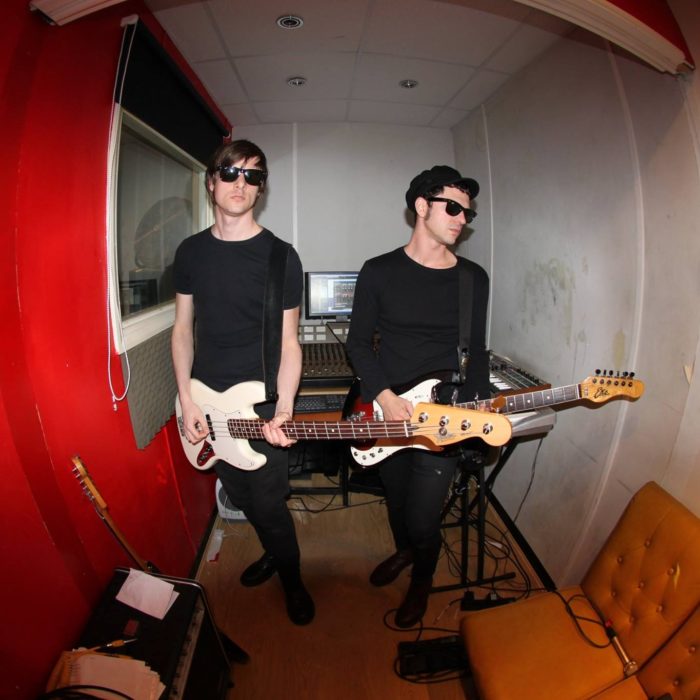 Nottingham’s Putamen are fighting for the spirit of electronic rock’n’roll, literally so. Louder Than War’s Christopher Lloyd cheers them on from the sidelines.

Putamen are a two-piece from Nottingham who have been honing their live wares for some time now both in their band Thee Eviltones, and have now released their debut EP, Suicide Time under the guise Putamen. Laying down a sharp amalgamation of styles that instantly feel familiar yet somehow are hard to pin down, Putamen are somewhat a musical ‘tip of the tongue’ effect, if you will.

Frontman Tiago Alexandre together with Danny Tone are a fierce live affair. I recently caught the band play to an initially bemused crowd at the Hockley Hustle festival in Nottingham. In a week where I’d also covered brilliant gigs by Idles and Jon Spencer, it was this two-piece, guitar, bass and backing-track duo that really encapsulated the spirit of live music, which is no mean feat – a short and effective set that was at times shambolic, yet thoroughly magnificent.

During the set, the sound guy was too busy scouring Facebook on his phone to get the sound mix right, rendering the ‘Carter USM meets Suicide fronted by Peter Murphy’ onslaught into a sonic assault that was far from the recorded output, yet totally mesmerizing.

At the set closed, the audience clamored for an unplanned encore. The sound guy, who had finally put his phone away, wasn’t happy with this proposition, walked to the stage and started shoving and pushing the band, who retaliated accordingly. Fists flew (I now understand why front man Tiago is nicknamed ‘Madmanroll’, guitars got thrown, chaos ensued and the show continued edgily on, regardless of the attitude of the sulky tech who had now fled. It was exactly the kind of gig a band playing exciting electro-tinged rock ‘n’ roll should be and, thankfully, the recorded version of Putamen is equally as interesting. You can hear their debut EP here:

You can find out more about Putamen at their official Facebook page.