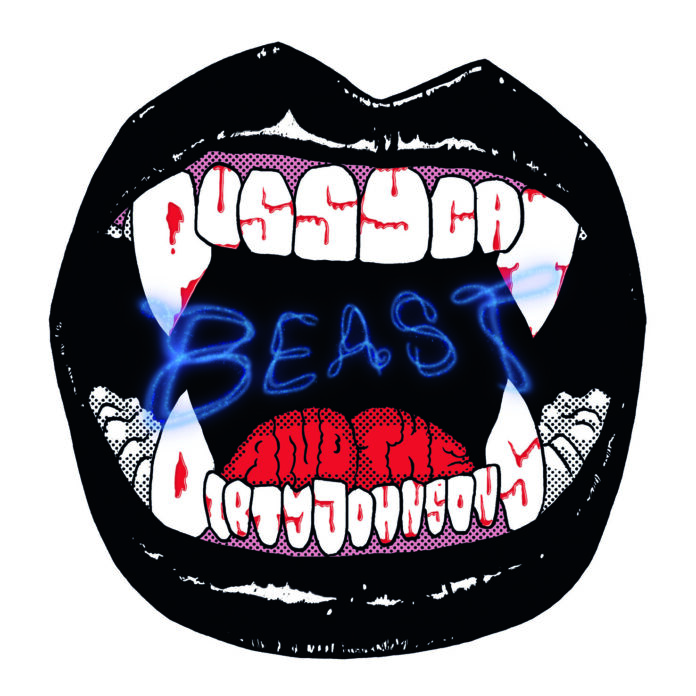 Pussycat and the Dirty Johnsons 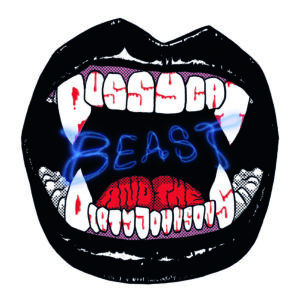 Trash punk assault on the senses to unleash the beast

The feline limbed but powerfully voiced Puss Johnson, backed by the quiff heavy guitarist Dirty Jake and the more hirsute drummer Filfy Antz, have been pounding audiences into submission across the nation with their own brand of trash punk rawk ‘n’ roll since around 2002. When a band’s live shows are so volatile and full of power, the recorded output can often be a let down, but the grooves on the bands first three albums have shown they are more than capable of reproducing that raw energy in the studio.

Beast, a twelve track journey through scuzzy blues riffs and garage punk delivers another high octane example of in yer face hard rockin’ punk blues. Opening track, Lying In My Bed, sets the tone with its deep down heavy blues riff and the battering beat of the drums making up for anything that a missing bass could offer. There’s a manic, paranoid tension to the song, and a Klaus Fluoride guitar like lick, whilst Puss Johnson intones the vocals like a deranged locked up inmate about to explode. Doin’ It is heavy duty blues with a fuck you I’m gonna do it whatever you say punk attitude. Abuser is a song about an abusive ex and those ‘friends’ who still don’t get the #metoo generation, and a demand that abuse should not be diminished. It’s got a great drum beat dragging back the rhythm behind the urgent guitar, creating an off-kilter sound with the vocals smoothly moving over the top.

Not Your Baby is driven by a cool driving blues beat with a chorus of screaming anger backed by a drum beat that sounds like a head pounding off the floor. Stale is a song about being stuck in a small town and how it can suck your soul into oblivion. It has a slower groove with a doom-laden feel of wandering through a stultified town, a place festering under grey skies. The guitar is like a ticking time bomb waiting to explode. Knee Jerk is an attack on keyboard reactionaries (Caps lock on – I’m feeling strong!) and starts like a Dr Feelgood song before morphing into The Cramps, and if that ain’t a great mix I don’t know what is. Meat is restrained, holding back with an air of suspense, with a repetition of the descending guitar line, grinding away, with a roll of drums in the background. It sounds like early Banshees. She’s An Orgasm is the imperfect search for the perfect woman; at least the perfect woman that is shoved down our throats by the media. Shit is an all-out punk attack on phonies and fakes. It’s a healthy dose of punk nihilism with clashing, fuzzed up guitars overlaying each other and spitting vocals and great beat and fills from the drums. Do Ya Feel Me? is sleazy Mississippi blues guitar, like a sultry bayou. It drips sweat, soaked with heavy blues and desire.

Beast Will Out is full of tension and paranoia, building up like a horror movie soundtrack, as the beast within fights to escape, a modern werewolf tale. The drums create the feeling of tension rising up. The middle section then slows down as the lycanthropic transformation of the beast gradually emerges and the music begins to pound, pound, before the explosion of excess. Album closer Hey Honey has a 50’s rock sound, pop punk with a Transvision Vamp sound. It’s a closing attack on those people who think they know what’s best for you, when really they want to mould you into the person they want you to be.

Beast is an all out assault that shows that this band is still full of creativity and hunger, succeeding in transferring their incendiary live power to the grooves of records.