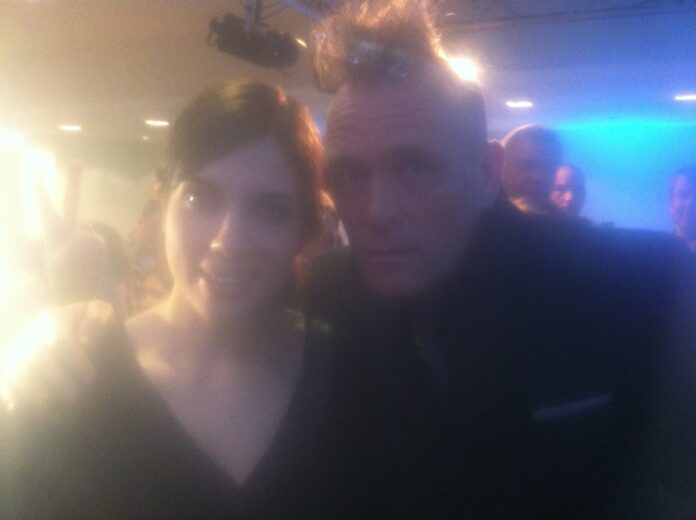 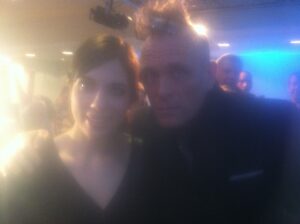 The stage was already set by a brilliant speech by Estonian president Toomas Hendrik Ilves  about the power of rock n roll in the on going quest for freedom. It was a speech that sounded like a plea against the darkening undertow of nervousness about just what Putin and Russia plans next and how that affects the tiny Baltic state of Estonia. Pussy Riot members Nadia Tolokonnikova and Maria Alyokhina then took part in a powerful and well thought out interview at the Tallinn Music Week in a panel sub titled Culture Riot: Artists And Music Against Totalitarian Rule.

When Louder Than War chatted with them afterwards we talked of potentially bringing them over to the UK and other aspects of their campaign whilst they were surrounded by hundreds of flash bulbs of cameras- this is like  different kind of prison we joked and they smiled in agreement.

In the in conversation the pair talked of their status as a ‘band’ and how they had no interest in the countless offers for them to become a ‘normal’ group and tour the festivals. They said that their music and words was a joke and was there to make a point more than a career. They talked about their continuing campaign against Putin but also their love of Russia and how they didn’t want to be seen as campaigning against their country- just its leader.

They talked of how they made their recent last minute decision to make a protest at the winter olympics in Sochi after arrests at a LGBT demonstration and how the police, after they arrested them, asked for selfies with the group members.

They then called for economic sanctions against Russia in the wake of their country’s military action in the Ukraine and about their plans to go to Kiev tomorrow.

“Tomorrow we plan to be in Kiev in order to support Ukraine. Then we go to the European Parliament to call for sanctions against Russia. It must be understood that economic sanctions will hurt ordinary Russians, but maybe it has got to the point where Russians are too comfortable sat on the couch, and this will shake them and force them out onto the streets to express their opinions.”