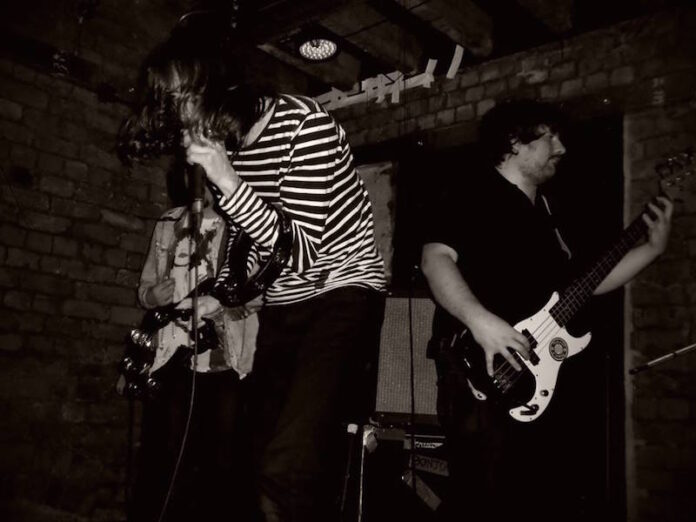 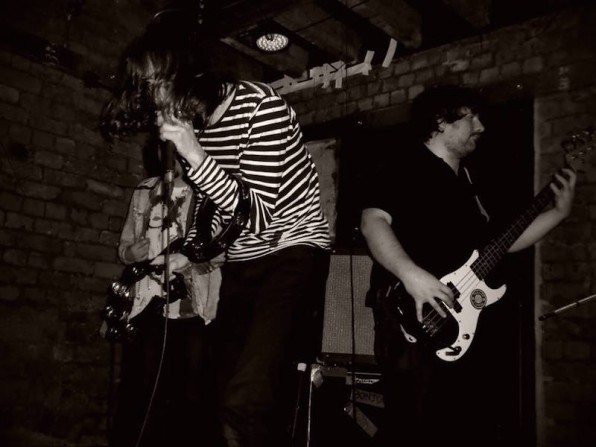 One of Manchester’s better-known psych bands, Purple Heart Parade, take to the stage in one the city’s lesser known venues. Louder Than War’s Jason Wynne was there.

Tonight sees the coming of age of the new look Purple Heart Parade (PHP). Salford’s hidden gem The Eagle Inn is the perfect setting to host the Manc stargazers and the intimate venue is tackled head on by the booming, swirling noise of the Northern-psych filled dreamers.
It’s been a long time since I’ve seen PHP and was sceptical of what impact the numerous changes might have had on the band. Fortunately I wasn’t to be disappointed and the band seem to have come back stronger than ever, fighting fit, ready to take on the music world, hungrier than ever, with their sonic assault and dreamy landscapes. 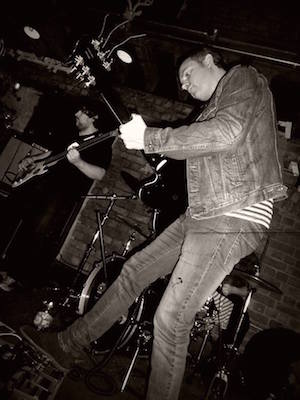 The introduction of Mike Bee (The Phoenix Experiment) and Nolan Watkinson (The Second Floor) on guitars seems to have given them a new dimension. Combine them with the faultless Keith Pleasant (Y-Key Operators), now taking over the drums, and the ever-supreme PHP stalwarts Ste Woods (bass cadet) and Pete Cowap (Captain of the Enterprise), the band sound tighter and better than ever. It’s testimony to the band that they’ve built up a hard core following spreading their cosmic love and there were many new fans present too – notably those that had travelled from Glasgow to get their fix.

The band take to the stage opening with Blackout. The capacity crowd are immediately drawn in by Cowap’s stage presence. Eyes rolling, lost in the music, breathing in the bass, the guitars, the drums and the vibe off the crowd before he invites us all on to the Starship enterprise for the next forty minutes.

The talk is that “the gloves are off” for the new set up and it’s Mike Bee versus Nolan as the opening chords are unleashed. The dissonance is accompanied by the rumbling rhythmic bass of Woods before Pleasant’s drums kick in. It’s a blackout in a blackened room and in amongst the haze is the gaze of Cowap. He sways, he swaggers. He rocks, he rolls.

Moonlight Burn follows. There’s more of a belief in this band than I think I’ve seen or heard previously. It’s clearly evident in this song as the mellow vibe and soothing riffs are transported to the crowd with consummate ease. The vocal is achy and wrenching, and there’s a yearning to find solace with themselves and the crowd too. The lights flicker but we know they’re not going to go out on this band. Instead, from dream pop to noise pop in an instant, the song explodes into life and their sonic assault complete with driving guitars creates a cacophony of noise taking the crowd higher, lower, higher again. It’s Music-like influence taking us to the moon and back in no time at all. 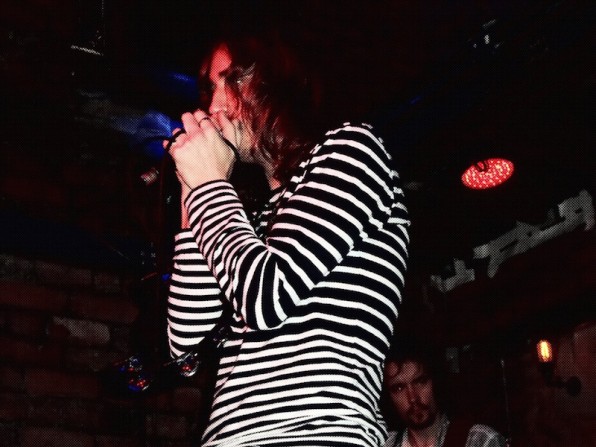 With no time to adjust the seatbelts the band play the kaleidoscopic Petrol. The effect laden killer riffs ensure it’s a shoe-gaze/star-gaze classic in the making. It is almost, dare I say it, Ride-esque in its quality. The clamour of noise with a touch of wah-wah jangly guitar thrown in offers the two guitarists another opportunity to do battle. This band have dreams and they’ve no intention of letting these dreams burn down. This is their own ride, their own magical, mystery tour and who knows where it will lead?

The band slow things down with new song Red Rose Dripping Gold. It’s ambient and trippy hippy feel is the perfect tune that wouldn’t look out of place as the sun goes down at a festival. Cowap sings his heart out as the crowd sway, gaze and drift. It’s an infectious dreamy haze of a song summing up the vibe of the whole evening. 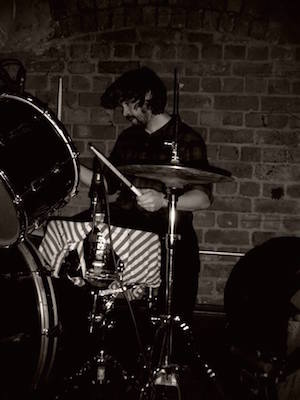 Psyched out and transfixed by the last number there’s no time for rest as the opening chords of Starfucker Blues (Bunnymen-esque) lift the crowd to another level. There are 60’s, 70’s, 80’s and 90’s influences in this song. A mish-mash of everything good to come out of those eras – the fuzz playing tricks with our ears. The whirlwind of noise created is threatening to take the roof off the place. Cowap, introspective, edgy and restless throughout, again, gives it his all, singing with heart and soul – more Ca-pow! than T’Pau! I can even hear some early Happy Mondays in this one. The rest of the band are relentless with their psych assault influencing the speed of Cowap’s tambourine, heart-beating, until he is brought to his knees, emotionally and physically drained. With the band realising their captain requires a little respite the sublime layered guitar work of Mike Bee and Nolan drift to a calmer level as Woods’ bass ambles nicely until the song grinds to a halt…to rapturous applause.

Rather aptly, after playing such a great set in a such a small room, the band close out playing their best song The Room to a room of awe-inspired stargazers. The early Verve influences are noticeable, not to mention a bit of Spiritualized thrown in, but, ladies and gentleman, we are very much floating into Purple Heart Parade space. The vocals are haunting as the bass reverberates through this fantastic venue. Big noise, small room. It’s in your face but it’s also swirling around above you, beside you, below you. Bass how low can it go? It feels like a storm is brewing but it’s not long before it subsides and the band play out to a delighted, sold out, capacity crowd.

“Mindblowing” was the first word I heard as the lights came on. I couldn’t have put it better myself. PHP are very much in the ascendancy right now, despite their numerous band member changes they have kept their hands firmly on the warp drive of their spaceship, they’re continuing to dream, at high volume, and their coming of age is complete. Onwards and upwards boys!