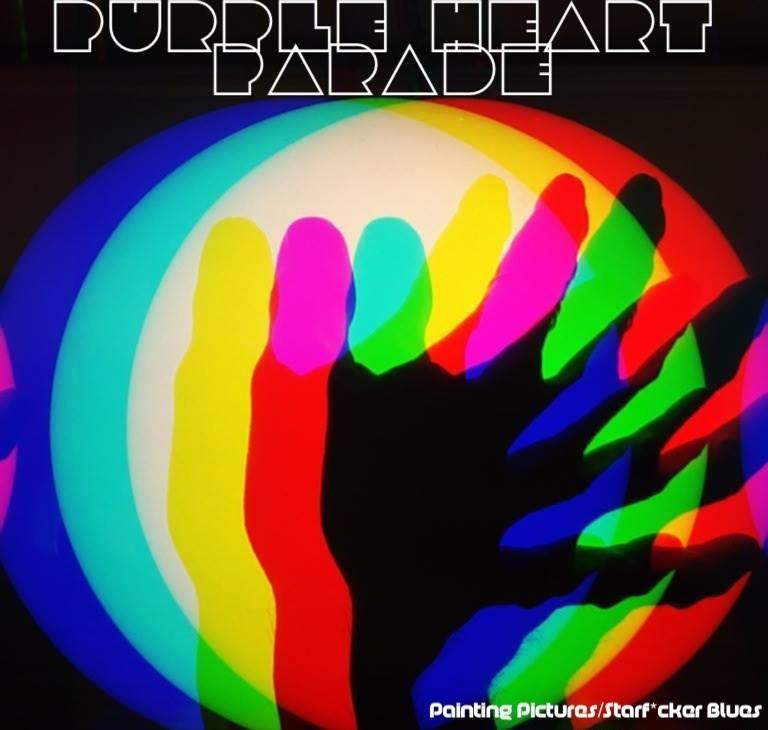 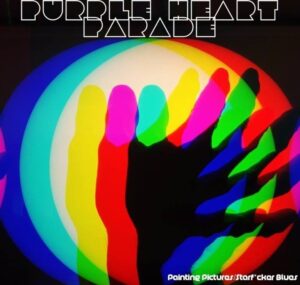 If you believe everything that Mr. “Know-el” it all Gallagher says then “2013 was a shit year for music. How wrong could this man be? There were so many brilliant albums and singles, not to mention old and new bands offering us hope for a brighter future.

One of the newer bands who caught my eye and are causing a bit of a stir of late are the Mancunian 5-piece psychedelic shoegazers Purple Heart Parade. Band members Peter Cowap II (vox and tambourine), Ryan John Arnfield and Sam Bugajski (fuzzy psych guitars), Ste Woods (bass man) and Brodie ‘wizard of Dickerson (sticks) can be mightily proud of their debut single Painting Pictures.

It has a trippy stargazing feel to it complete with distorted vocals and mixed with the creative noise of guitars and customary pounding drums.

They’re a band destined for the stars based on this creative masterpiece. As the song progresses you can feel yourself floating on those fluffy little clouds – it’s mystical, mesmerizing and, like all Purple Heart Parade songs, it has the ability to take your mind places in very much the same way that psychedelic colours might distract you. Early Verve comparisons are not such a bad thing and Cowap’s haunting vocal leaves the listener wanting more. The greatly named Stephen De Sarasola must take credit for twiddling the production knobs on this one. It’s been produced and mastered to perfection.

The band and producer clearly work well together and they’ve weaved their magic spell with this.

B-side Starfucker Blues, with it’s 13th Floor Elevators / My Bloody Valentine whirlwind of noise and tambourine beating Primal Scream / Brian Jonestown Massacre influence deserves to be a single of it’s own right. I guess it could be described as garage psyche with a groovy 60s vibe to it.

It’s music for the cosmic dreamer. The start has a riff that gives you a Bunnymen feel to it and as the song progresses the catchy melody and stomping drums take you on a musical journey, on a helter-skelter ride so to speak, as one minute you’re at the bottom of the slide and the next you’re right back up there at the top. The beauty of their songs lies in the fact one person’s understanding of the music can be completely different to another’s. That’s what makes this band’s music special.

Interestingly, if you purchase the single on Bandcamp not only do you get painting Pictures and Starfucker Blues, but there’s also the additional bonus track -Lies and Kites- to get your ears and teeth into. Again, this track ambles along nicely with breathtaking ease between the drumming and the rhythmic bass of Woods before the inevitable drenched out sound of guitars –a dual assault– accompanied with those distorted vocals again giving a Tame Impala feel to the song. I would put you off spending your Christmas money wisely by investing in these songs if I were you.

2014 promises to be a bigger, brighter future for these supreme stargazers. A vinyl release is planned for February with a rumoured UK tour in March. Get on board the Purple Heart Parade spaceship and let Starfighter Pilot Cowap and his brilliant crew of space cadets take you on a live journey of utter brilliance.