Home News punk photo exhibition in Brighton! Photo-punk: 40 images from the birth of... 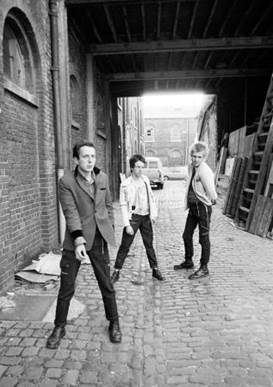 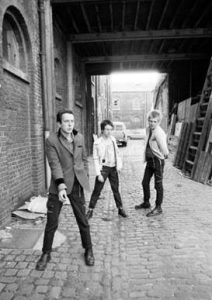 Photo-punk: 40 images from the birth of punk
by Ian Dickson and Kevin Cummins

A new display at Brighton Museum & Art Gallery will explore the birth of UK punk through 40 photographs by Kevin Cummins and Ian Dickson, as the music, fashion and cultural movement celebrates its 40th anniversary.

Photo-punk: 40 images from the birth of punk will document the phenomenon’s early years of 1976-79, in key locations including London, Manchester and Liverpool. The display, in Brighton Museum’s Prints & Drawings Gallery, will survey Cummins’ and Dickson’s work as they documented the first waves of the new ‘dole queue rock’, capturing the bands, the fans and the mood.

Exhibiting together for the first time, these vanguard photographers created extraordinary images of new wave bands including The Sex Pistols, The Damned, The Clash, Buzzcocks and Siouxsie & the Banshees, as well as punk poet John Cooper Clarke and catalyst bands like Eddie & the Hot Rods and New York’s The Ramones. As the scene grew they captured the swell of new energy and talent, from The Adverts, The Slits and X-Ray Spex to Slaughter & the Dogs and Joy Division.

Initially self-taught, Ian Dickson started photographing rock stars in 1972 and joined the NME in 1973. After a short stint with National Rockstar, he was offered the position of staff photographer with Sounds, and was in the front line when UK punk exploded in 1976.

Ian says: “In my view, punk was the last great youth movement that still reverberates today – which is why there is still so much interest in events that happened 40 years ago. The time since then has really flown but the images themselves still seem so fresh, and I’m looking forward to sharing them with both those who were there and later generations.”

After studying photography in Salford Kevin Cummins quickly became the premier documenter of Manchester’s burgeoning punk scene. He had a 25-year career with the NME, where he became chief photographer, going on to be a founding contributor of The Face and a contributor to myriad national and international publications.

Kevin says: “Photographing punk when it hit Manchester was my first foray into the world of music photography, where I went on to make my career. The city was a key location for the development of UK punk and post-punk, and I’m proud that these now-iconic images are being showcased 40 years later in another creative city like Brighton.”

Photography highlights will include:

Dynamic live photos of the acts that inspired UK punk, from Iggy Pop and The Ramones to Dr Feelgood.
Early images of UK punk pioneers The Sex Pistols, The Damned and The Clash.
A never-before-exhibited Sounds cover image by Ian Dickson, captioned ‘The face of punk’, featuring Clash fan Shane McGowan before he found fame as lead singer of The Pogues.
A survey of those inspired to join the punk movement, from Buzzcocks and Siouxsie & The Banshees to poet John Cooper Clarke.
Iconic photography of Joy Division in Hulme, Manchester, by Kevin Cummins.
Candid images of punk fans around the UK.
These vibrant images will be displayed alongside punk memorabilia lent by Kevin Cummins and the 1977 film Punk in London, by German student Wolfgang Büld (distributed by Screenbound), which captures performances and views from the movement’s biggest year.

A distinctive stage outfit worn by Brighton resident and original Damned member Captain Sensible will also be displayed in the Museum’s adjacent Fashion Gallery, along with a Gibson guitar heavily used at the band’s gigs. Captain Sensible said: “This guitar has been thoroughly road-tested in typical Damned fashion – having been set on fire and attacked with an axe. Amazingly, it has survived to tell the tale!”