Home Blogs Punk or dance music – what was the real revolution in music? 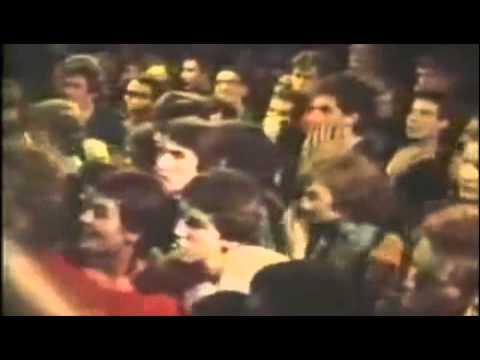 Punk or dance music – what was the real revolution in music?, Greg Fenton grew up in the classic punk scene in Northern Ireland and played bass in bands like The Defects before he moved to Manchester where he became one of the most respected post acid house DJs on the scene.

Don’t get even, get mad – Frank Sinatra.

The balance between what was the more revolutionary act: being a Punk or being a Dancer has been sizzling away in my head for a matter of weeks now.

It was partly instigated by Viv Albertine’s book launch at Leaf in Liverpool recently, and also by watching Miranda Sawyer’s prog, Girls Will Be Girls on the BBC. Coincidently two women who got my thinking about what meant more, or indeed what said more about the human condition and its place in society.

I often like to drone on about seeing The Ramones in 1978, and then Siouxsie & The Banshees supported by The Cure soon afterwards in Belfast that year. However it got me wondering that if women were more heavily involved politically, as well as creatively, then surely Punk must have carved a deeper impression on culture. After all Acid House does like to name check the spirit of Punk in terms of D.I.Y, and why not.

Superficially you could argue that people dancing on ecstasy, trashed and loved-up, was hardly a deeper experience than being, well, out of it. But of course that would miss the whole point. Which, was hopefully the breaking down of barriers between people and about how that then reflected on wider society.

However, I can’t help but think that the Punk spirit ended up saying something that bit louder and more forcefully, initially appearing to be a lot less about money and ego than today’s Superstar Dj’s (fuck off). Give me someone who will talk to you on your level, people who do not refer to themselves as being a brand. That’s Punk Rock for a start.

John Robb recently told me : ‘The punk and dance revolutions are so different that you can’t compare them. I guess if it was revolutionary for you personally then that’s the moment…Punk was my moment but not at the expense of everything else. Where I lived the kids into dance who were older would attack us for what we wore so everyone’s experience is so different.  Ultimately all music has its own revolutions if you want them…’

Which, to be fashionably Buddhist about it (sort of) translates into: to each their own.

It would be nice to say that being young involves you in a never-ending revolution of spirit. But before I utter those dreadful words, ‘It’s not as good as it used to be’ (sic) because, it’s actually much better than it used to be.

Growing up now with all that information at your fingertips and variety to behold means that in effect you can take all the bits you like from various isms and carve your very own niche.

Whether it was about doing D.I.Y fanzines thanks Freaky Dancing and Boys Own, or equally Alternative Ulster and No Fun in Northern Ireland. Whether it’s creating music in your bedroom on a computer and releasing it to worldwide acclaim via the WWW- it’s all about a community of purpose that isn’t intentionally main-stream. Isn’t it?

Which brings me back to why we hated Fleetwood Mac and loved The Clash, it was about communication and something tangible i.e not Us & Them.

I love the radical approach of Chicago’s Ron Hardy to playing records which was audibly all about attitude and sheer passion for music for its own sake, not playing it safe.

It was at times ramshackle and dangerous, certainly not for magazine covers and autographs – and most definitely not standing around armed with a camera phone just in case you miss being in the moment.

My experience of Punk in Belfast was about getting involved with playing in a band, writing for a fanzine and exploring ideas with like minded people.

In fact just the same as being into Acid House except substituting playing Bass for Dj’ing.

It wasn’t that it allowed us to cross religious divides because no-one ever asked.

The focus was all about the music and common goals – it was all implicit. So the vital thing about both underground movements was, and is, the aim of equality between gender, race and sexuality. “We are all of us stars, and we deserve to twinkle.” Thanks Marilyn.