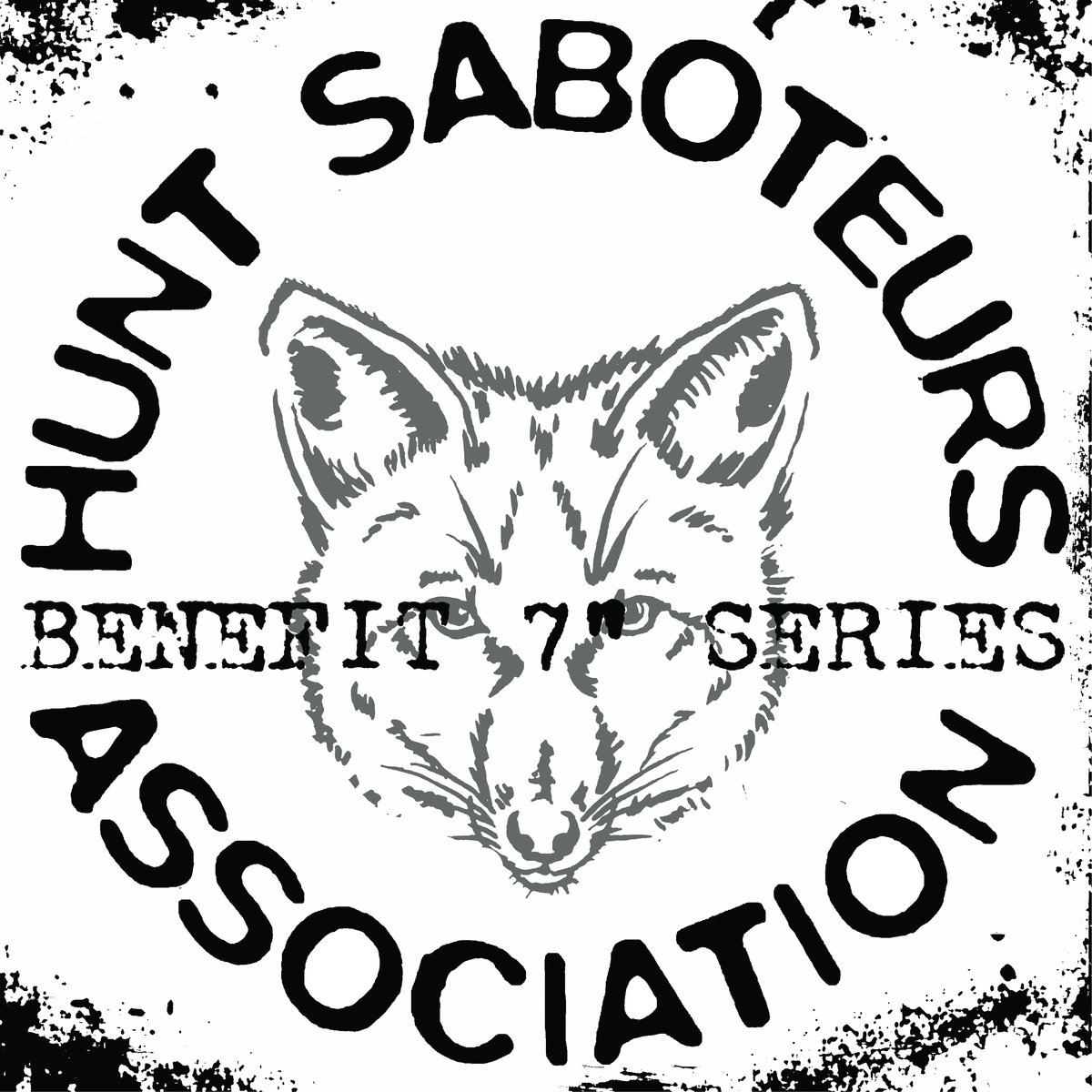 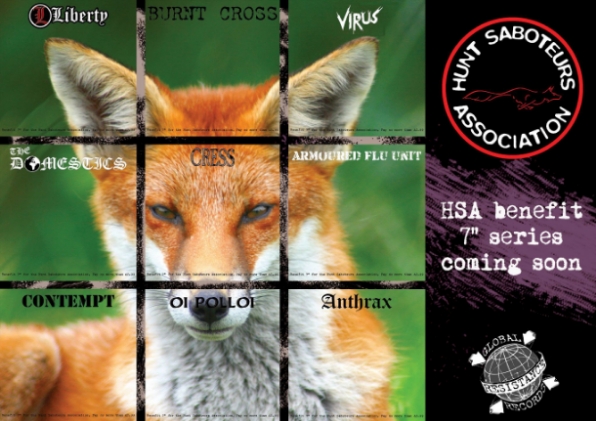 The first two 7 inches in a series of records raising money for the Hunt Saboteurs Association (as reported by LTW back in January) are due for release on 1st August  and pre-sale subscriptions open on 15 July.

The nine records will each have a cover containing a section of a photograph which makes up a composite picture of a fox (below). The series is a collaboration between Global Resistance records, Grow Your Own and Urinal Vinyl and features a crop of well established and up & coming UK bands: Liberty, Burnt Cross, Virus, The Domestics,
Cress, Armoured Flu Unit, Contempt, Oi Polloi and Anthrax.

With the first 7 inch originally planned for a 1st May release, this has been one of many projects which has suffered from the Record Store Day phenomenon in which pressing plants inundated with demands for large volumes in time for RSD pushing smaller independent labels to the back of an increasingly long queue. Now would appear to be the time to open a pressing plant!

Chaz from Global Resistance records has been working on inserts, stickers and badges to add to the “package” but from what I’ve been seeing on the internet there is already a
fair amount of interest just based on the bands who are featuring and where the money raised is going. It seems likely this will become a collectable set and almost 2/3 of the available subscriptions are likely to fly out. 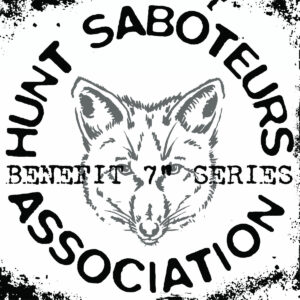 Preview videos have been made for a track off each of the first 7 inches:

Chaz will also be auctioning off some of the test pressings as an extra means to raise
funds for the cause.

Individual copies of each 7 inch will be available but subscribers who have paid for the
set up front will obviously take priority.