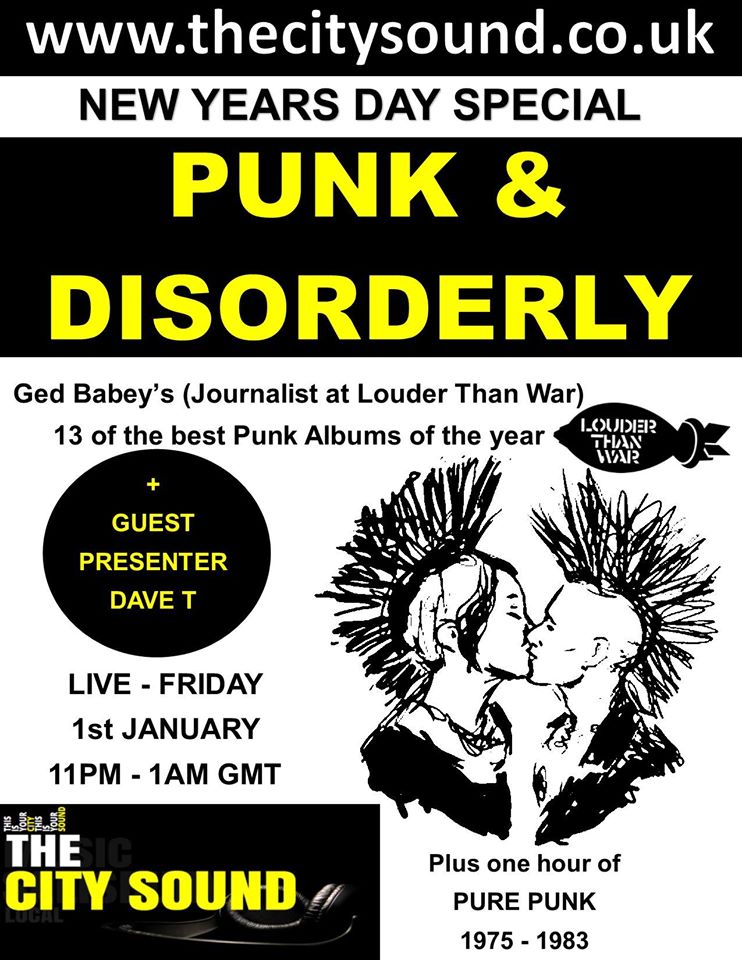 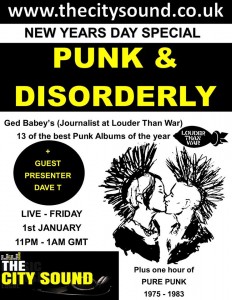 The City Sound is an Internet radio station serving the lovely old cathedral city of Salisbury (in Wiltshire) but gaining listens worldwide because of its down to earth approach and the great music it plays.

Two of its DJ’s are fans of all kinds of punk and ‘indie’ -the mysterious The Baron and his sidekick Dave T – and on Friday nights they present a punk show called Punk and Disorderly as well as a more general ‘cool music’ show called SP1 on other days.

They asked me ( “Louder Than War journalist Ged Babey” aka That spotty punk-geek from Bishops Grammar School aka one of the blokes who worked in the infamous Subway Records in 1980/81) to do them a playlist of the Best Punk tracks of 2015. Well, I haven’t heard all of the punk albums released in 2015 and do I or don’t I count Killing Joke or the Membranes as ‘Punk’ ? (answer – I don’t.)

Why not finish New Years Day off in style by listening to a special Punk & Disorderly. Ged Babey, journalist at Louder Than War has selected his personal best tracks from 13 of the best Punk albums of the year. 10 from the UK including bands from Portsmouth, Brighton, Birmingham, Bristol and Leeds plus 3 great bands from the States. SP1 co-presenter Dave T will be doing the honours between tracks and this hour special will be flanked on both sides by thirty minutes of the best that Punk & Disorderly can provide. Concentrating on the years 1975-1983 there will be bands from the UK, USA, Germany, France and Switzerland among others.
11 pm – 1 am GMT and then available on listen again. You can find us at www.thecitysound.co.uk . Don’t miss it.

Expect Garage Punk, pop-punk, hardcore, feminist punk, even steam-punk ….. and some class of 77 survivors (yeah, Penetration will be there) and listen in if you can  (or catch on Listen Again after 1/1/2016)

…and a Happy New Year  to punx everywhere.