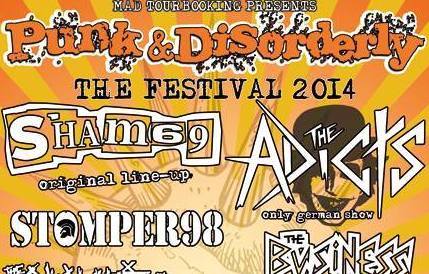 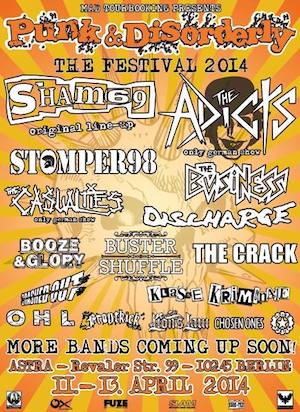 Frontkick, Berlins self-proclaimed punk rock anti heroes, kicked it all off at the only main stage inside the Astra Kulturhaus. Little did I know that Marti Neurotic of Bad Co Project was the lead singer for this exciting combo. They delivered a very impressive live set! Next up was Crashed Out, who I still remember well from last year’s Rebellion Punk Music Festival in Blackpool. The Astra was already packed out and it was only the second band of the night. Klasse Kriminalefrom Italy had plenty of faithful supporters, I especially noticed a fair amount of enthusiasm from fellow Berliners. Their lyrics mainly address problems that modern society faces on a daily basis.

Trotskids was another interesting band from Paris with an energetic singer. The Casualties were my only disappointment of the night. Even though the live sound was good with Jake (guitar) and Rick (bass) delivering great riffs, jumps and moves, I found myself to be rather unimpressed with Jorge, the lead singer. He stood mainly back, shaking his hair a bit now and then (no iro on the day) and my interest quickly shifted towards other band members. Didn’t stop people from crowd surfing though and I assume The Casualties’ set was generally enjoyed just as much as that from Angelic Upstarts 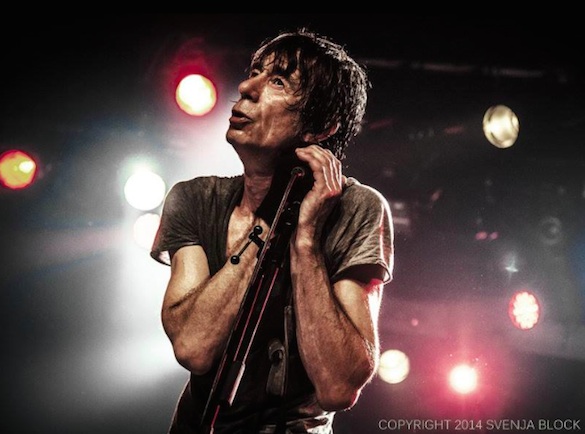 The man of the night however was of course the legend himself that is Jimmy Pursey of Sham 69. The whole venue was buzzing with excitement and photographers entered the photo pit because no one wanted to miss this highly anticipated headliner show. Jimmy himself is a master of squishing a plastic pint of beer or water within a split second, totally fascinating to watch. The set was beyond amazing – Yes, I do have a very soft spot for this band – If The Kids Are United is one of those songs from my childhood. End of! Dave Treganna, Dave Parsons and new-ish drummer Robin Guy all kicked ass. I urge anyone who hasn’t seen this original 1977 line-up to go and see them headlining a major festival later in the year if you can.

Bit of a slow start here, I nearly missed Lions Law set but all set up to witness OHL ( short for Obere Heeresleitung in German) who have been delivering hardcore/punk made in Germany since ca. 1980. Always controversial but never boring, OHL successfully continue to refuse to be put into either the far left or right wing corner. I wouldn’t try to get them to make a statement about their so called politics or whatever any given nosy journalist may have written about them, they just don’t care and carry on regardless. Booze & Glory brought an air of East London/ West Ham to Berlin. Spotted quite a few t-shirt wearing supporters during the whole festival. Buster Shuffle was my highlight of Day 2, the temperature inside the venue rapidly increased and some heavy ska dancing was to be witnessed. 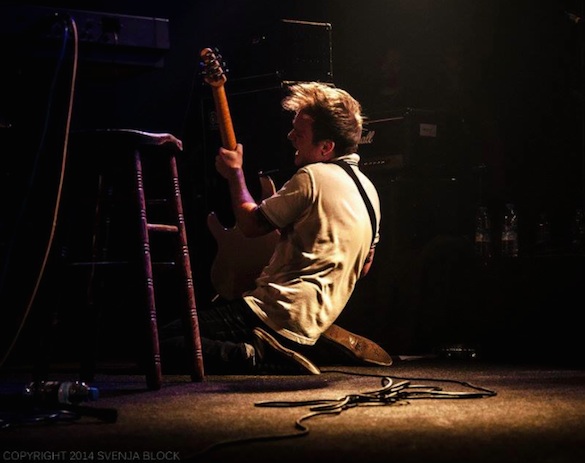 Buster Shuffle are an outstanding live band and fantastic performers; I watched the audience intensely and observed happy and carefree faces. Now that’s what I love seeing during a live show! The Business was celebrated and eagerly anticipated, many supporters were singing along and letting go off steam. Stomper 98 headlined. Another German band I saw last year at Rebellion in Blackpool. They recently returned from touring the States and had a few tales to tell. A very good live band that thrives playing in front of a large audience.

Noise Agents rocked the stage as the first band on the final day of this festival and I overheard people talking about their performance – not a bad word about them. I didn’t watch the set from the guys in Strongbow because it was time to check out the merchandise and food stalls instead. Back in time for The Crack from Cheltenham, I found myself studying the various stickers that were plastered all over the lead singer’s guitar and declared the one of The Germs to be my favourite. I’ve been looking forward to seeing The Bones’ performance and they did not disappoint one bit. Great punk rock teamed up with classic rock n roll posing and a crowd that was more than up for it.

Sadly, Discharge had to cancel their performance at the last minute due to a technical problem with an aircraft and no scheduled flight out of the UK until much later in the evening. Gladly, The Adictswere there to take names and put on a wonderful and as usual very visual show with all eyes being on their leadsinger, Monkey. We saw gambler cards (I tried to pick up a joker myself but had no such luck), confetti, bubbles, giant inflatable water balls, little tricks, fancy outfits, white trousers, theatrical make-up and much more. 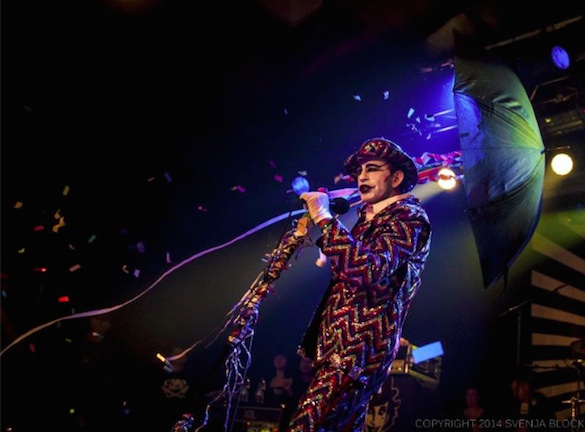 I accidently walked into Monkeys dressing room before the gig while he put on his stage make up in front of a large mirror … he seemed a little baffled, just like me because he probably wasn’t expecting anyone and I was looking for someone else. Non stop crowd surfing kept the security guards busy and us photographers mainly on the side which I didn’t mind one bit. This is the warmest and most welcoming festival I’ve been to so far. Everyone I came across was friendly and helpful, staff worked together well and new friendships were made. Time permitting, I’ll definitely find myself again at Punk & Disorderly 2015. A great addition to this weekend would be some female fronted bands are all girl bands as there are quite a few out there. Food for thought? I think so.

The Punk & Disorderly Festival is on the web here and on Facebook. Bands mentioned in this review can be found at the following sites – Frontkick, Marti Neurotic, Bad Co Project, Crashed Out, Klasse Kriminale, Trotskids, The Casualties, Angelic Upstarts, Lions Law, OHL, Booze & Glory, Buster Shuffle, The Business, Stomper 98, Noise Agents, The Crack, The Bones, The Adicts, Sham 69.