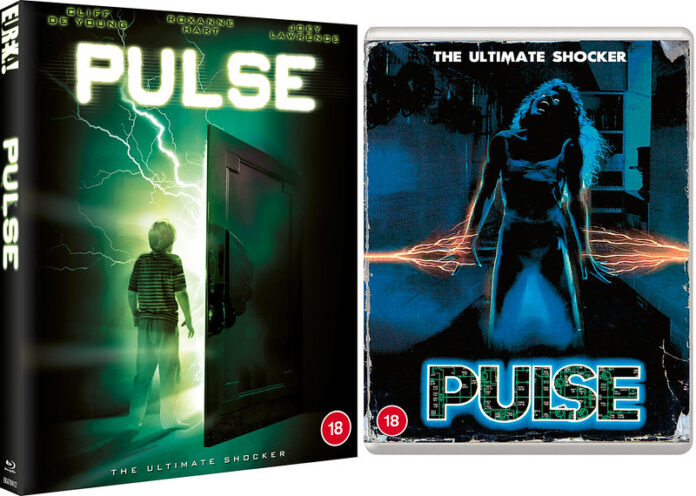 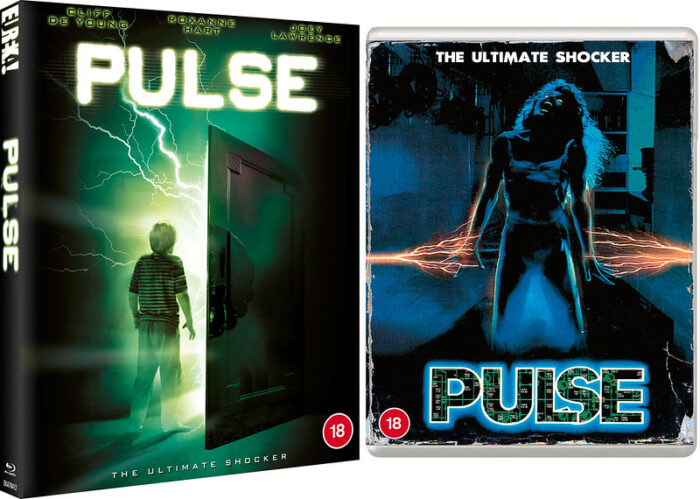 Jamie Havlin takes a look at a 1980s techno-horror promoted on its release as ‘the ultimate shocker’.

Behind the curtains of a suburban home, a man is going berserk, rampaging around his living room and roaring about something that we can’t decipher. The commotion wakes Bill (Cliff De Young) and Ellen (Roxanne Hart). She phones the police. He heads outside to investigate. As he does so, the man is electrocuted and dies.

Soon, we’re introduced to David Rochland (Joey Lawrence), a pre-teen kid who’s coming to spend the summer with his dad and new stepmum (Bill and Ellen). Keen to strike up a conversation with the boy, Ellen relates the story of the incident, while David prefers to talk up the new home, expecting David to be impressed by it. It certainly has all the mod cons of the day including a garbage disposal unit and even electronically-controlled window bars. Ellen proudly demonstrates them, closing them shut via a switch on the wall. ‘It makes everything a lot safer,’ she explains. David looks justifiably sceptical. 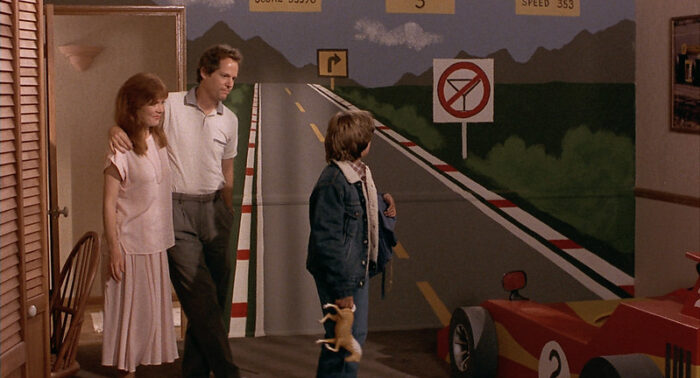 A lot of effort has been spent decorating his room with a grand prix theme, the bed even being shaped like an F1 racing car. David’s underwhelmed, though, and appears to be more of a baseball fan. It’s while he’s home alone and engrossed by a Dodgers game on TV that we see the first signs of electricity acting oddly.

A lamp’s light dims but brightens again when David nudges its stand. The TV loses its picture and the sound suddenly transfers to some hard-sell shopping channel, followed by a quiz show. Then the back of the dryer in the basement almost sparks into fire.

Hopefully, Bill and Ellen have some good home insurance. 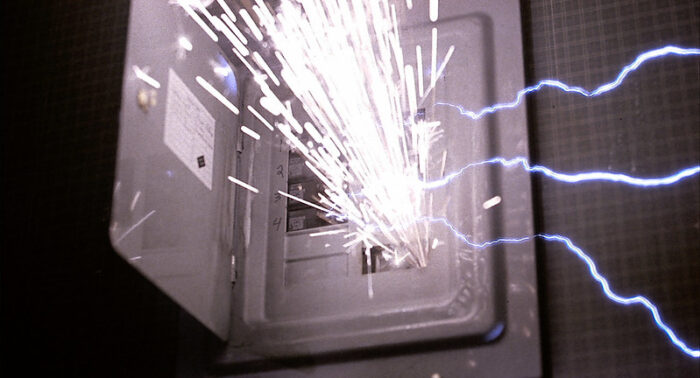 Keen to crack the mystery of why so many of her domestic appliances have suddenly gone awry, Ellen quizzes a TV repairman. He explains something about ‘pulses’ but can’t be sure what the problem is.

The electrical malfunctions escalate. Like a later, unrelated techno-horror from Japan also called Pulse, this is a film that never feels the need to precisely spell out to viewers why bad things are happening. The electrical supply has somehow turned malevolent to the point where it makes the house a deathtrap. That’s all you need to know. 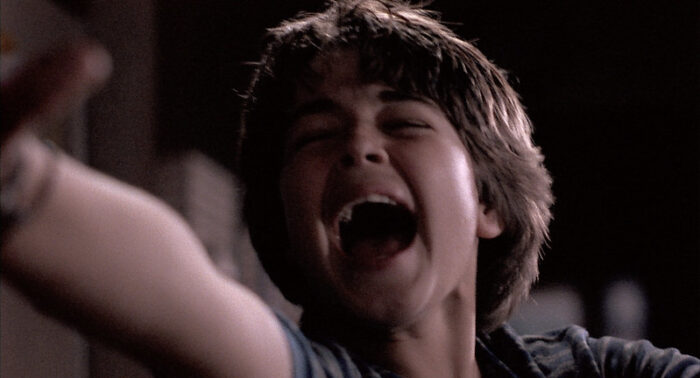 The promotion of Pulse on its VHS release as ‘the ultimate shocker’ shouldn’t be taken too seriously, albeit the copywriter deserves some credit for coming up with a neat enough pun. Pulse is no Psycho, even though there is a very dramatic woman going to take a shower scene.

What it is is a solid, well-made drama with an involving storyline, characters we root for, and some more than decent special effects (which stand up well today). The director’s inventive visual awareness is evident from the opening montage of power plants and pylons, through to the end credits where he cuts between overhead shots of the night-time cityscape of Los Angeles and some macro-lens cinematography close-ups of circuit boards, knowing the audience will recognise the resemblance between them.

In the latter half of the 1960s, Paul Golding studied film at USC and co-directed some short films with George Lucas. He’s gained several credits as an editor and screenwriter, but Pulse was to be his only feature film. This is perplexing and a real pity. He did develop other projects, but none were ever greenlit.

Pulse is the kind of movie that reminds me of my student days of the late 1980s, paying a visit once or twice a week to my local VHS rental store and feeling a little buzz of anticipation as I scanned the new releases. Somehow, I never got round to seeing Pulse back then which is a pity considering some of the trash I did choose to rent.

Luckily, it is now available on Blu-ray for the first time in the UK as part of Eureka Classics.

Special features include a brand new audio commentary by Amanda Reyes; Tuning in to Tech Horror – a video essay by Lee Gambin and a limited edition collector’s booklet featuring a new essay by Craig Ian Mann.