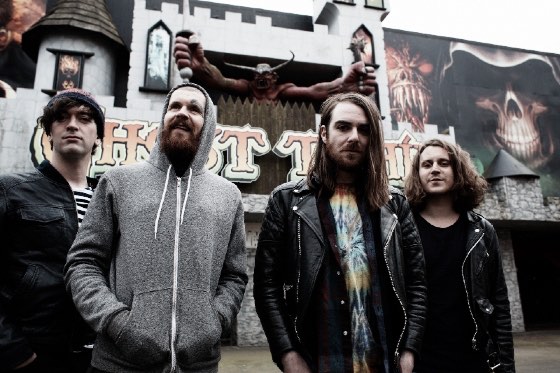 Pulled Apart By Horses (whose new album comes out on 1st September) have reveal their first ever acoustic video & show, plus they take a leaf out the books of such bands as Elbow, Iron Maiden and Bellowhead by brewing their own ale, which they’ve named Blood in honour of their new album. 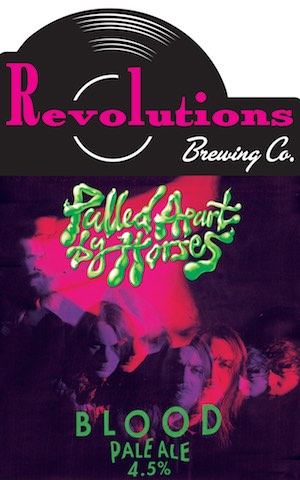 In order of importance lets start off with the beer. As a former vice president of Hull University’s real ale society I’ve got be honest – I’m a bit of a purist when it comes to real ale. And this one sounds like it may be a long way short of being “pure”. But hec, I help edit Louder Than War so I’m obviously open minded and will withhold judgement till I’ve tried it. I trust, like Bellowhead before them, they’ll be carrying casks of it along with them on tour so we can sample it.

“The band have teamed up with the West Yorkshire Revolutions Brewery to concoct their own unique pale ale made with Blood Oranges and Yorkshire Tea. The beer will be available for a limited time at specialist pubs throughout the UK.”

The beer is to be launched at The Brudenell Social Club on 29th August 2014, with tickets only available to competition winners who post a photo on Twitter and Instagram of them enjoying their favourite drink with the hashtag #PABHsBlood. The best shots will win a pair of tickets to come to the band’s very first acoustic show – over 18’s only.

“The idea of people drinking our ‘Blood’ (not literally) is so exciting for us! It’s the kind of thing you talk about a lot but never usually happens, so because this has become a reality we really want to celebrate it!”

Apparently the descision to accompany the ale launch with their first ever acoustic show follows a session they did recently whilst in The Netherlands, trying their hand at a fully stripped back set up for the first time.

If the acoustic video doesn’t appeal, last week the band revealed a new, glaringly colourful Dario Argento inspired video for ‘Lizard Baby’, the second single to be taken from ‘Blood’. You can check that out below the acoustic track.

Also, below the videos are tour dates. An album review to follow.