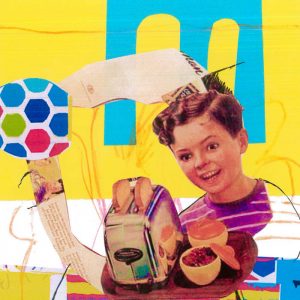 In the world of Karma, with bad news eventually comes good, and that was certainly true following the news that Ashley Cooke would be ceasing recording under the name of Pulco. After almost twenty years Ash has decided to move on under a new moniker more appropriate to the music he is now making. A final album, Artzoo will be released later this year and the recent Silex EP will be the last as Pulco.

His new project as the alter ego Chow Mwng, has just released an EP entitled Better Than Teletext and sees his creative juices flowing as effervescently as ever. With work on an album already underway, fans of Cooke need not despair.

Louder Than War’s Paul Scott-Bates makes the claim ‘The King is dead, long live the King’. 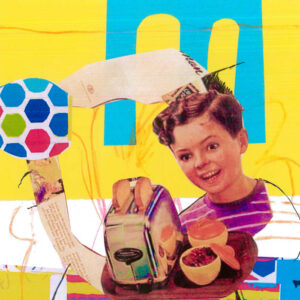 Kicking off with Silex–Moose, the final EP from Pulco is as unpredictable as ever. With a continuous guitar riff and Ash Cooke’s almost random vocals it sounds like the bastard son of The Fall, but better. Oral meanderings and general chaos reign in a peculiarly addictive track which relies on content rather than quantity as it skips through little over two glorious minutes. The melody will take some shifting once heard and may become a pleasantly annoying earworm as the line ‘like rats in a run’ enters and continues to the end.

A Design For Dogs once again has some marvellous guitar work with a crunching bass line nestled behind the main focus. There are those slightly off-key moments that make Pulco almost human and a delight to hear – the terms ‘lo-fi’ and ‘D.I.Y.’ suiting him perfectly as he continues to fly the flag for his comrades.

Stupid Films has a rapid fire percussion and a comfortingly dulcet vocal with wonderfully improvised guitars. Becoming a progressive instrumental after an initial commercial entrance, electronic effects zoom in and out like a Sega console on acid. Closing with The Gaffer it’s easy to become slightly sentimental as Pulco becomes as commercial as we would like to be. A racing post-punk repetition and intricate vocal ramblings see him at his best.

For fans, it’s easy to see that Pulco has developed over two decades and the decision to transform is both brave and compelling. 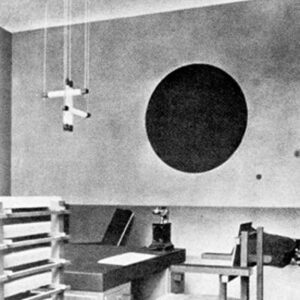 Ever wondered why no-one seems to record voices that sound like they are coming from four feet under water? Ponder no more, Ash Cooke has entered the Tardis and regenerated from Pulco to the absolutely engrossing Chow Mwng. Four tracks on his debut EP set the standard so high that’s it’s difficult to see where he’ll go next – although this is often the beauty and fascination of the man.

First track Useless Hands Pt 1 sees the darkwave synths characteristic to this new set play an integral part as the bass line marches on with the strangely beautiful gargled vocals. Midway through there’s a voice in the background that sounds like an Italian John Motson (who knows what it is and who cares?). Cooke evokes immense feeling in the track and it’s obvious that Chow Mwng has been bursting to break free for quite some time.

Digital Eyes tips its cap in the direction of 80s alternative synth, the vocals adding a sound of the future or maybe 50s and 60s sci-fi TV. A swing beat journeys the track along and it’s surprisingly addictive as Cooke almost serenades the listener, whilst Monotone has a strong krautrock feel with a slightly commercial edge.

EP closer, Automation sees an electro post-punk John Lydon-esque PiL enunciation which soon morphs into the freeform Cooke that fans love and crave. Vocals descend into an almost silence as the bass line gurgles to a close.

Exciting times ahead for the former Pulco man. All is not lost.