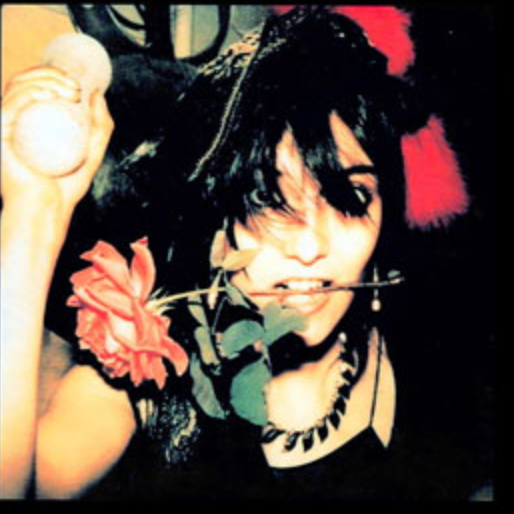 It’s 40 years since Public Image Limited shifted physically, spiritually and sonically into yet another space with their third album, Flowers Of Romance.

John Lydon’s post Pistols band had spent its first two albums being creatively restless and brilliantly ahead of the curve gleefully confounding critics and the punk audience by taking the caustic spirit of the from into whole new sonic terrains.

Decades later their second album, the monolithic and endlessly influential Metal Box has achieved godlike status in critic world and yet often overlooked Flowers Of Romance is a thing of groundbreaking wonder in its own right.

Swerving from the krautrock and dub collision soundscapes of the preceding album, this was a far different record that embraced the spectral, claustrophobic gloom of the post-punk hangover over a chassis of huge tribal beats and Gamelan percussion. There was a tripwire sparseness to these off-kilter grooves and a terrifying emptiness. You could feel the ghosts of the Pistols and the old England getting exorcised by Lydon whilst the ever brilliant Keith Levene took full advantage of the departure of the iconic brilliant bass hero Jah Wobble. His departure was a severe body blow. His genius bass sound and bass lines had been pretty redefining in the bands sound giving it that sense of dub space and post-punk scenery and Metal Box was the perfect synthesis between the myriad of band influences that creatives a whole new soundscape. Levene used this to create a musical landscape with his new team of alchemy wizards like drummer Martin Atkins and newly promoted producer Nick Launey virtually did away with the bass altogether and created a startling percussive backdrop to the singer’s spectral incantations.

The only sonic constant between all the albums was Lydon’s voice which was now full of dread and terror and sounding scoffingly brilliant as he pushed boundaries on just what a vocal could do and what atmospheres it could create.

The album title saw the singer take back his phrase that had been used to name the ad hoc band put together by Jo Faull and Sarah Hall and dominated by Sid Vicious in punk rock hall of fame. Put together in 1976 they had rehearsed for months with the likes of Marco and Viv Albertine before fizzling out leaving the handle-free for PiL’s third album that was gleefully described by co-conspirator Keith Levene as the least commercial album ever handed in to a major label.

It may have been the but decades later its exquisite production from Nick Launey makes it sound startlingly fresh and listenable – like the much loved soundtrack to blockbuster movie or some kind of mutant 21st-century pop. Launey now has a classic production CV and has spent decades creating the most propulsive, clear cut and awe-inspiring drum sounds for many bands. His debut was a perfect example of playing with space and power.

They were not really a group at all.

They were a gleeful sonic experiment with a blank cheque book given to them by Virgin who rightfully saw the youthful Lydon as some kind of post-punk Bowie-esque pied piper of sonic brilliance. At that time he was perfect in his role of poetic genius dancing on the corpse of punk rock – if punk itself was happily singing and dancing its own way down the mighty long road of rock n roll into new forms of speeding guitar rushes its instigator was somewhere else and yet even in these soundscapes he retains his own spirit of punk with his snarky acidic poetry and in your face delivery.

The album is full of spook and poltergeist and is a haunted edgy affair full of nocturnal paranoia and comedowns which is perfectly counterpointed by those vibrant huge drums that reinvent the sonic wheel and would become so influential. It was a key part of that fascinating post-punk exploration that virtually ditched route 66 guitars and went in search of the primal and the tribal. There was a swirl of ideas from the pounding toms, to the Burundi beats of Adam And The Ants and Bow Wow Wow to Killing Joke’s wrestling of the form. Seeking for the shamanistic power of the drum and the tension between punk’s constant seeking for a core true and core human sound and its fascination with tribal non-white culture was creating something special. These days it would be called cultural approbation but then it made for some breathtaking and thrilling music and culture. Somewhere in the mix were Malcolm and Vivienne’s new pirate looks that also saw a yearning for the tribal and the buffalo style, there was early hip hop and a new journey into what was then termed world music that saw a flux of new sounds, styles and colours changing the landscape and attempting to find a brave new world beyond trad rock.

PiL were running parallel to this – Lydon at his peak always had his own instinct and his own agenda. PiL was more a loose collective than a band, a collective with what had already become an iconic figure in it creating an imbalance but this was not guitar/bass/drums combo.

The band/business corporation/collective were now a collective of Lydon, the ever boundary-pushing Levene who was ditching guitar for more electronics and the wonderful Jeanette Lee on video documenting whilst contributing with her brilliant musical instinct and ideas flow and young Martin Atkins drafted in on drums.

The drums sounds on the album were totemic. Initially, the engineer Nick Launey was promoted to producer after Lydon and Levene dropped Steve Lillywhite. The ad hoc collision course of talent set their stall from the palpitating first track Four Enclosed Walls which is dominated by the monolithic drum sounds that crash into life as soon as the needle hits the groove. The tension and release is thrilling and the new PiL sound sets its stall and is as inventive as ever as they lurch into a new sound sphere with its initial inspiration coming from Martin Atkin’s Mickey Mouse  pocket watch mic’d up and resonating on a floor tom and then being put through the ubiquitous harmonies- this mixture pdf wild card ideas, raw and the then hi-tech groundbreaking effects being staples ion the album.

The drone at the beginning creates a sense of unease before the huge drums dominate the song with Lydon delivering his paranoiac vocals like a muezzin. If punk initially had been almost inward looking with all that talk of year zero and the ills of grey old Blighty with its monoculture reaction to the very enclosed walls of Fortress UK then Flowers Of Romance was looking outwards across the world for all the sounds and ideas that were in the flux and making sense of them with a post-punk intensity.

Track 8 was another example of raw physicality digi pounded by the new tech with one of the first digital devices ever available – the AMS digital sampler taking one of Atkins drum grooves and creating a lopsided loop by mistake that creates a wonk groove that somehow works despite being out of time in a disconcerting disco of pounding malevolence.

With its disconcerting distance underlined by its lack of ‘proper title’ Track 8 is the closest to the preceding  Metal Box album with its lolloping bass and snark vocals but somehow sounds bigger and more techniclious than the preceding album. Phenagen is stunning – a heartbeat pounding tom, a clanking bell and that Muezzin vocal returning again. It’s a stark and dangerous piece of soundtrack from a film that would terrify you if it ever got made. The track is 40 years ahead of its time and is the kind of music that the current groundbreaking and brilliant Gazelle Twin is rightfully getting credit for. No artist can maintain this level of brilliant creativity forever and despite whatever journey Lydon is on now these records make his contribution so valuable and enthralling.

The album’s hit single is full of dread and terror.  Flowers Of Romance is the closest to a more conventional song on the record and is still one of the weirdest top 30 hits of all time. I can still remember that Top Of The Pops appearance where the band looked like poltergeists floating around the catchy and huge beats, charismatic waif like Lydon leering at the camera intoning broken words about a broken relationship and scouring out those malevolent brilliant lyrics over the tribal beats, drone electronics and the scratching violin providing by the singer himself from his busking days. Under The House is an avalanche of terror drums with both Levene and Atkins playing dual drum-lines adding to the tumultuous apocalyptic percussive feel of the heavily processed drums that nod at the experimental drum textures from Peter Gabriel’s third album which PiL’s young engineer Hugh Padgham (who went on to tea the huge drips to XTC’s brilliant mid-period albums) had worked on. Lydon’s vocal sounds like its cranked through Leslie speakers as it shivers and shakes across the totemic beats.

Hymies Him had been the first track they had recorded back in October 1980 and its disorienting rhythm patterns genuinely sound like a drum kit falling down the stairs and somehow this works with fractured rhythms that really fuck with your skull. Over the top, there are squelches of synths and processed string sounds that make the track sound like Mahler or similar fringe classical stark nightmares. There is no space for a vocal and Lydon sits this one out, maybe realising for once that it’s what you don’t say that can have the most powerful impact!

Banging The Door sounds somewhere between the motorik seventies grooves of Metal Box and this brave new world. The hypnotic drum beat is dislocated but cyclical as it draws you in and is pinned down by Levene on a rumbling bass and the haunting synth drone that builds and builds. Yet again this would make a thrilling soundtrack as Lydon haunts the track as he decries the stalker fans who had found his new address and were waiting for the Finsbury Park messiah to come and save them from themselves.

Go Back , somehow, further ups the tension as the youthful Lydon decries the rise of the far right in London as Levene brings his guitar out for a high tension guitar line that toys with the rhythm and tension of the rock-solid drum groove. The simplicity really is the genius here with the stripped-down drums/guitar/vocal creating an acidic and scary invocation of an intense capital city Francis Massacre visits another nearby capital and ends the album with a party referencing Lydon’s recent incarnation in Mountjoy Prison when he was arrested in Dublin on trumped-up charges. The free-flowing free jazz piano and almost Gamelan drum flow are kings of yet another wild frontier.