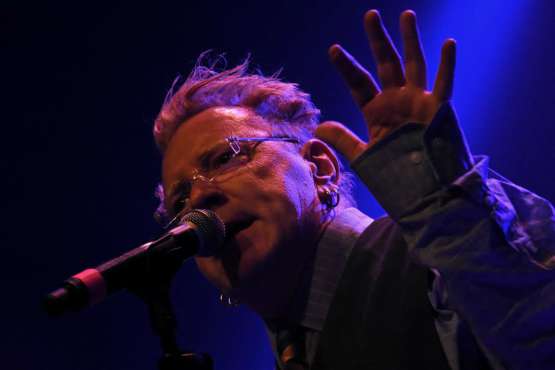 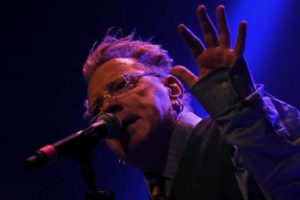 After 40 years of musical career, ten studio albums with PIL and a debut album with the Sex Pistols that changed the world musical landscape forever, John Lydon has nothing to prove, does he? And the show Lydon gave with his band PIL on Thursday night at Vorterix theatre in Buenos Aires just confirmed that against all odds John Lydon IS, to this day, one of the greatest rock stars Britain has ever produced.

The band took to the stage at about 9.00 pm at Vorterix Theatre in Buenos Aires. The venue is spot on for these type of gigs. It is not very big but the atmosphere was great. It looks a bit like an old church and it reminded me of what Lydon had told me in a recent interview that ‘PIL  is like a church but without religion and without the violence’. It seemed to be the right place for their show. The place was packed. And it drew people from all places in Argentina young and old. It is always good to see that their fan base is getting younger which means how relevant a band like PIL is for the younger generations.

Without saying a word, the band launched straight into the first song of the night ‘Albatross’ taken from ‘Metal Box’ quickly followed by the first track released from his latest studio album ‘What the World Needs Now’; ‘Double Trouble’ quickly followed by another great new track ‘Know Now’. Lydon’s voice sounded as good as ever. In fact, most of those present agreed on how good his voice is and what a brilliant performer he is. Then, it was time for one of the fans’ first favourite songs of the night ‘(This Is Not A) Love Song’ single released back in 1983 and time for Lydon to shout out “Hello !!! Buenos Aires!”. (The crowd went mental when Lydon pronounced the words!!)

PIL played a stunning set with many songs off their recent album, “What The World Needs Now” such as ‘Double Trouble’, ‘Corporate’, ‘The One’, ‘Not Satisfied’, ‘Shoom’ along with a few of their big hits. New tracks sound great for sure but the last time PIL had played in Argentina was 24 years ago so most of those present on Thursday were there to watch the band in full flow during classic tracks like ‘Public Image‘, ‘(This Is Not a) Love Song‘ and ‘Rise‘ – the latter, a personal favourite of mine and of many with the crowd singing ‘Anger Is An Energy’ perfectly on pitch as PIL closed the first part of the set before the obligatory encore.

The crowd’s response to those old favourites was immediate and jubilant – cheering and pogoing like they’d never done before and when the band came on stage again to play the last songs of the night, I could see some fans in the front row going deep into hysteria as Lydon started singing ‘Hello, Hello, Hello’ and launching into ‘Public Image’. At this point, he looked at the crowd and said: ‘Happy People!’ pointing the mic at them to continue singing the chorus before closing with Open up /Shoom.

All in all, the fans loved it. We loved it. It was an unforgettable night of great music with PIL smashing through a 15-song set featuring old and new tracks. The band sounded as vast, powerful and iconic as ever providing a soundtrack to the lives of many of us who were there on Thursday at Vorterix Theatre on a beautiful and warm winter night. If I was asked if there was one word to sum the concert up, I would probably just say … ‘Epic!’.

Last time PIL were in Buenos Aires was 24 years ago, 24 years ago!! Can you believe that? Come on promoters, there’s No need to wait that long, is there? Make it an annual event!

PIL will end their South American tour and go back into the studio to start recording new songs.