Home Music Reviews Album Reviews Public Enemy: What You Gonna Do When The Grid Goes Down –... 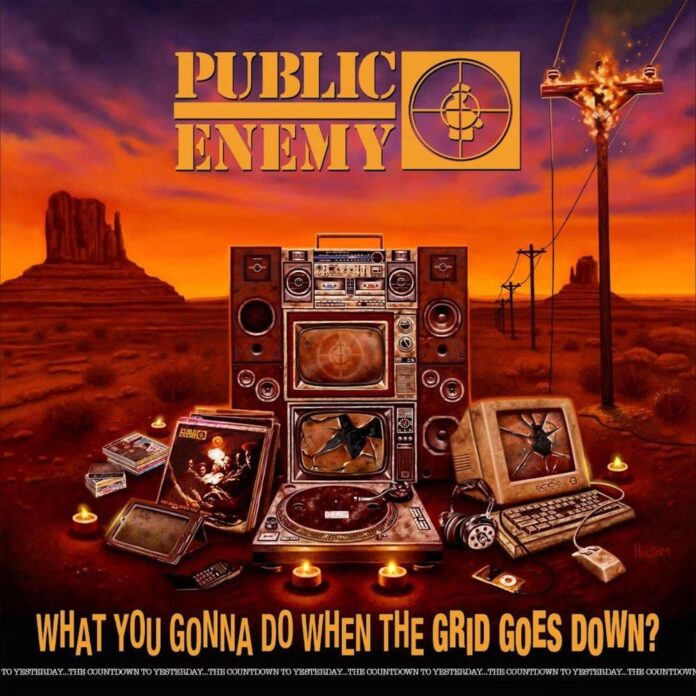 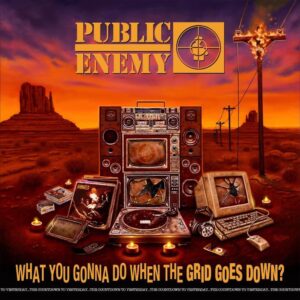 What You Gonna Do When The Grid Goes Down?

With Public Enemy in their 35th year of supporting the trials and tribulations of black lives, it must come as a source of frustration and anger that there are still just as many issues to discuss now as there were when they first started.

Not that we should expect Public Enemy to have solved these complex social issues, but their words brought issues of race to a much wider audience. So maybe we could hope that this could be part of a dialogue that would to force things to change.

But in some respects, it could be said that things have actually got worse in the years since they first released the revolution that was their debut album Yo! Bum Rush the Show. The recent sequence of events that has swept the Black Lives Matter movement across the globe shows that there is still a burning need for issues of inequality, violence and oppression to be brought into the spotlight and for long overdue solutions to be found.

Further than that, the fact that black men and women are still being shot and killed by police while there is such media focus on these events perhaps shows the determination the perpetrators have to continue their violent response.

The central tenets of the Black Lives Matter movement are the lifeblood of Public Enemy; their reason for being is to bring black concerns to a world stage and to express their honest moral fury at the state of play.

As longtime champions of black rights and with the Black Lives Matter ideals, maybe this is the perfect time for them to resurface. So, with the impeccable timing they have demonstrated before, Chuck D and the band return with new album What You Gonna Do When The Grid Goes Down, their first for Def Jam in more than 20 years.

Public Enemy have long been pioneers of using the internet to communicate and to distribute their music, but 2020 finds them wondering what would happen to people and to society if it were all to come to a grinding halt, for whatever reason.

Opening track When the Grid goes Down is a sparse funk instrumental that segues into Grid, where Chuck D points out that we are “Caught up in the web” with “no GPS, what will you do, no emails or WhatsApp coming through,” wondering whether people will be forced to pick up a book again.

But this is no case of the older generation dismissing the tools of the youth, rather a reminder that if technology was taken away, people are still equipped with the tools they need to educate and organise. In a world surrounded by the deliberate dissemination of fake news and unprecedented amounts of careful, methodical misinformation, this is a point worth bearing in mind.

State Of The Union (STFU) finds Chuck D and Flava taking aim at their President. This is not a topic where Public Enemy should be pulling their punches, and they let fly in spectacular style, calling him a “White House killer” and a “Nazi Gestapo dictator.” The chorus refrain of “State of the Union, shut the fuck up. Sorry ass motherfucker, stay away from me” abandons typical lyrical rap structures and shouts their stance unequivocally, with both rappers joining in to ram the message home. PE know how to get rid of this tyrant: “Vote this joke out or die tryin’.”

What You Gonna Do When The Grid Goes Down contains many of Public Enemy’s friends and peers, such as Cypress Hill, Ice-T, Beastie Boys and George Clinton and, at times, perhaps suffers from this a little. Chuck D is without doubt rap’s most compelling voice and his presence is sometimes missed amongst the guest spots. When you have the world’s best hip hop voice at your disposal, it feels a little cavalier to let other people take the mic away from him so often.

Public Enemy Number Won harks back to the sound of their debut album and this habit of looking backwards occurs elsewhere on the album.  That said, it is almost beyond thrilling to hear their classic Public Enemy Number One track reworked to demonstrate just how long they’ve been doing their thing.

Their back catalogue is again revisited on a 2020 version of Fight the Power, a song that still has inexhaustible reserves of energy and anger. The shock value of Chuck D telling America that “Elvis was a hero to most but he never meant shit to me” still carries a cultural punch all these years later.

Do not let these examples of looking backward fool you into thinking that Public Enemy’s fire has started to dim: their righteous anger still burns bright from every single song on this album.

One thing that has changed over the years is that Public Enemy are now more of a full band, with guitars, bass and drums replacing some of the samples and beats. DJ Lord provides these as well, but the Public Enemy we have in 2020 have the option of building their songs from a more organic foundation should they so chose.

It also means that some of their songs rock out. As a band, they are no longer tied to just one sound and, given that they have long been sonic explorers, this gives them another palette to paint from.

What You Gonna Do When The Grid Goes Down is an essential album that looks at the world without flinching and reports back from the front line. It is the work of people who have grown old in hip hop and in a world where inequality is seemingly passed down the generations.

Public Enemy remain a focus, a mouthpiece and a broadcaster for the rights and opinions of those who are oppressed, discriminated against and ignored.

We need them now more than ever.

More work by Banjo is available on his profile here