Home Music Reviews Album Reviews Public Enemy: It Takes A Nation Of Millions | Fear Of A... 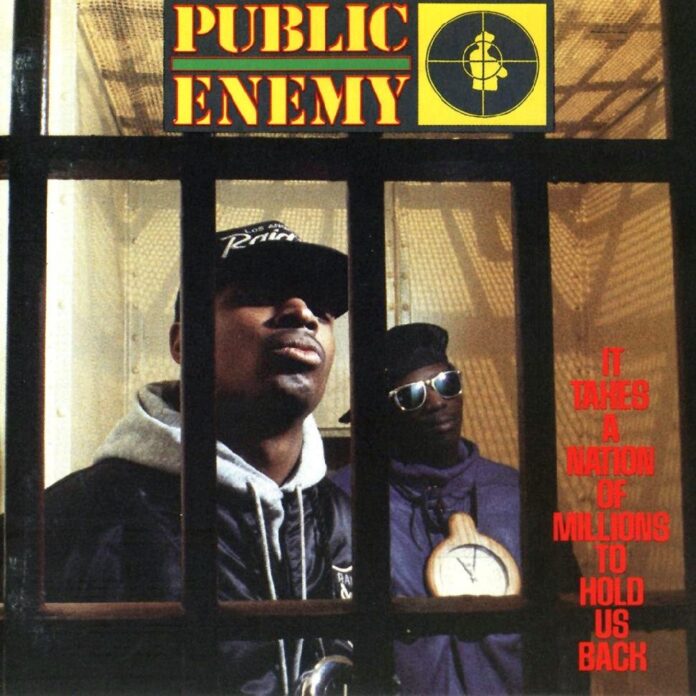 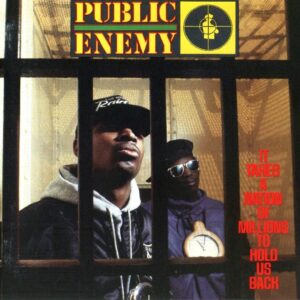 Public Enemy: It Takes A Nation Of Millions | Fear Of A Black Planet (30 years of Def Jam Reissues) (Def Jam)

As part of the ongoing Def Jam 30 years celebrations, the label has reissued what many people consider to be among the finest albums ever created not just in the Hip-Hop genre but out of all music. Louder Than War’s Simon Tucker takes a look at a brace of reissues from Public Enemy.

Following up their solid debut, the group (and in particular main lyricist Chuck D) sensed that Hip-Hop had moved on quickly and for them to remain innovative and relevant they needed to go deeper sonically and lyrically on their next release. The first signs of these advancements came in the form of ‘Rebel Without A Pause’ a single that instantly stood above anything that had come before it. Utilizing a trumpet sample from ‘The Grunt’ by the J.B’s the production team (the Bomb Squad) created a sonic landscape that was screeching, intense, powerful, and dense. Add in Terminator X’s scratching, Flavour Flav’s drumming and Chuck’s concise flow and you were left a music that was jaw-dropping in its originality.

Soon after, the album It Takes A Nation Of Millions To Hold Us Back dropped and the effects are still being felt to this very day. A visceral body blow, It Takes A Nation..was punker than Punk, heavier than Metal, and funkier than Funk, P.E. threw everything into the mix. Forget Phil Spector, THIS was the real Wall of Sound. What was also remarkable was of course Chuck’s lyrics. Reading them again and its plain to see that this was the work of a man with supreme intellect, who wasn’t afraid to question authority or mainstream perceptions of African-Americans. This was music as education. Chuck D shone a light on subjects such as media bias and manipulation, the drug epidemic that was sweeping through the poorer communities, and even the mind-numbing experience of multiple TV channels that were perpetuating mindless consumerism and droog-like crowd following.

The album was a critical and commercial hit in the States and over here in the UK and what must have really terrified those in the ivory towers was the fact that it not only connected with Black America but with white suburbanites, it message spreading across the country. P.E’s subject matter contained information and topics that many were hoping to suppress. It made young people sit up and take notice of what was happening on their own doorstep and question what they were being taught in school. Another main factor in the crossover success of the album was the fact that sonically there were many elements that young white Americans were familiar with, in particular the Rock genre. It Takes A Nation seriously rocks hard and as Metal was to many young people the music of choice for acts of rebellion they could instantly connect with it making it an album that you could easily play alongside your Metallica or Slayer albums (Slayer samples were used to devastating affect on ITANOMTHUB’s She Watch Channel Zero).

The fact that the album crossed over to the UK was no real surprise. We as a nation had had two decades of artists inspired by African-American music, who would use it as a base of inspiration and put our own spin on it before taking it back to the US. This had been going on since the early Rock and Roll boom of the fifties and Hip-Hop was just another example of this.

Two years after, P.E. released Fear Of A Black Planet which not only lived up to the quality of the groups previous albums but, to many, surpassed them.  Texturally, Fear Of A Black Planet was more dense than It Takes A Nation..but what made it even more enthralling was the soulful aspect to the album. More filmic than its predecessor, FOABP grooved and slid whilst still managing to retain the industrial clout of their earlier work. The use of Fight The Power by director Spike Lee on his seminal commentary of racial tension, Do The Right Thing brought the group to even more people’s attention (the opening scene of Rosie Perez dancing / shadow boxing is one of the most visceral and exciting in cinema history) shaking many out of their conformist existence. Lyrically, Chuck D was again pulling punches taking aim at celebrated White figures such as Elvis Presley, John Wayne and Hollywood itself and in particular its depiction of African-Americans. Burn Hollywood Burn was an important statement as not only was it vicious in its attack at one of America’s greatest institutes but it also include rapper Ice Cube from the controversial but equally influential group N.W.A. The two groups between them caused outage and fear amongst many and whilst N.W.A were raw and street-level it was P.E. with their wealth of cultural knowledge that represented the true threat to the “American Way”.

Fear Of A Black Planet was another critical and commercial success (their most successful release to date in fact) and it cemented their place in popular culture.

With these reissues we are treated to a slew of remixes, instrumentals, videos , and live footage. It is the live footage that really excites as it brings into focus the full visual aspect of the group. An aspect that was as vital as the music. The groups logos and look have become iconic (the man in the target stands out) and have often been used by others. The P.E. live experience was theatrical, intense and, to many, unsettling. With Flavour Flav providing surrealist energy and members of the S1W flanking the stage, P.E. were (an remain to this day) a live experience like no other.

These reissues represent a pinnacle in modern culture. They are also a timely release as, unfortunately, many of the issues that the group talk about, are still relevant today. Social inequality, mass establishment cover-ups, media bias, civil unrest, and attacks on the poor are rife so don’t look at these re-releases as historical documents. Look at them as vital, potent, mantras to be used as a rallying cry for all those being suppressed or mistreated by those paid to look after us.

All words by Simon Tucker. More from Simon can be found at his Louder Than War Author’s Archive.