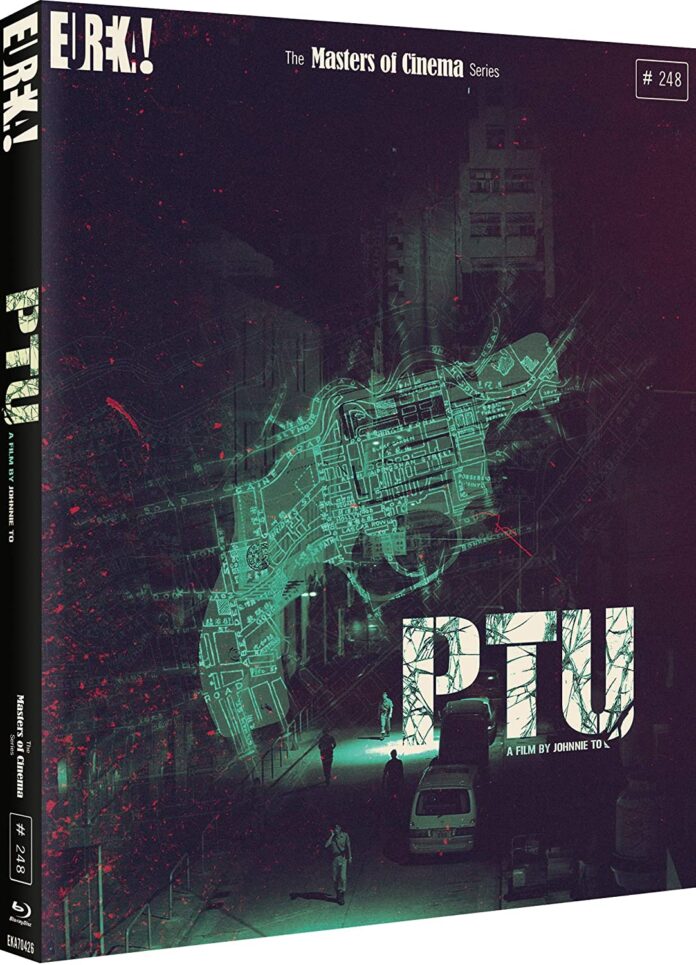 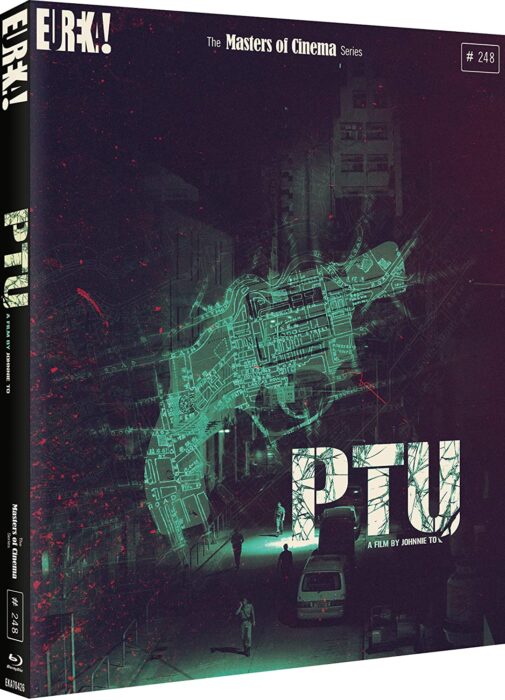 In explanation, PTU is short for Hong Kong’s Police Tactical Unit. The film opens in the back of one of their vans, where a group of patrol team officers listen to a radio report as news breaks of the murder of one of their colleagues. The story of PTU takes place over the course of their shift in a strangely deserted Hong Kong mostly inhabited by cops and crooks.

Overweight and overworked Lo (Lam Suet), a sergeant of the District Anti-Triad Squad, actively enjoys winding up and intimidating the criminals on his beat. One young mob get some revenge by scraping paint off his car, splashing litres of green paint over it, before luring him into an alleyway. Here he skips on a banana skin (honestly!) and gets beaten up badly. Worse still, when he regains consciousness, he realizes that he has lost his service issue revolver.

When he learns that Ponytail, a young thug who is the son of a Triad boss, has been brutally killed in a café, he fears that the murder weapon might be his gun as he dined in the same café earlier and made a point of hassling the boy. Rather than report what has happened, he enlists the aid of PTU unit leader Sergeant Mike Ho (Simon Yam). Ho sets a deadline of dawn for them to find it otherwise it will have to be formally reported, and any chance of promotion for Lo will disappear forever.

It’s going to be a long and eventful night. Two rival gangs are edging towards an all-out war following Ponytail’s death, while Lo and the PTU come under suspicion from different departments of Hong Kong’s Police Force, investigating the killing.

To get the information they need, the PTU officers quickly veer from what might be seen as unorthodox methods to outright illegality. And let’s just say, some have a complex relationship with the criminals they pursue. This is a far from black and white world, but it is a consistently intriguing one.

As always with To, you’re never far from some great display of visual inventiveness. Two of the leading actors Simon Yam and Lam Suet both give standout performances, and I liked the occasional flourishes of playful but dark humour, such as the game of musical chairs in the café and Lo being reduced to buying a pellet gun and modifying it resemble his service-issue firearm by sawing off part of the barrel and spray painting the grip panel black.

You really wouldn’t want to enter these Hong Kong mean streets carrying only that, believe me.

Using regular collaborators, PTU was shot entirely on location over the course of three years, while To made a string of more commercial films while under contract to the China Star Entertainment Group. From its conception, this low-budget movie was dear to his heart and he has since insisted that he made it only purely to please himself with no regard to its critical or commercial success.

I’d bet, though, he was delighted that the movie did win a string of awards, with To himself picking up a gong for Best Director at the Hong Kong Film Awards in 2003. As for its box-office, it performed reasonably well in the circumstances. Around the time of its release, the World Health Organization had declared SARS to be contained, but many Hong Kong cinema-goers remained reluctant to visit cinemas. Sound familiar? Despite this, PTU was deemed commercial enough to spawn a number of sequels, though none with Johnnie To at the helm.