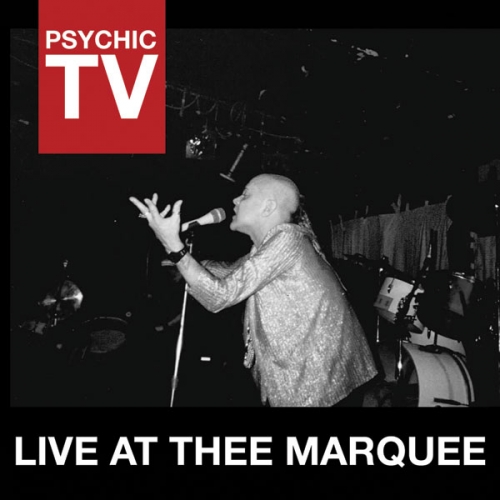 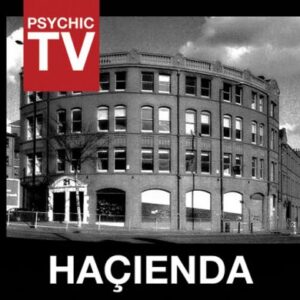 Continuing on from last years Live At Thee Ritz reissue, Cold Spring Recordings now release three further Psychic TV recordings, one of which (Live At Thee Marquee) has never been heard before. The albums span three years, from November 1984 to May 1986, and the difference between each recording is a revelation and each contains some enthralling music.

Starting with the Hacienda concert from 1984, we find Psychic TV in their magisterially dark pomp. The set is full of tribal, industrial folk, weaving its (dark) magic on the audience. Samples flitter in and out of earshot evoking the teachings of Crowley and Burroughs, Ballard and Kafka. Unclean Monks and Enochian Calls grab the attention but with I Like You the band reveal a hidden beauty and even some resemblance of what would later be called indie music. An utterly absorbing experience and one that you won’t be able to shake off for a while after listening to. 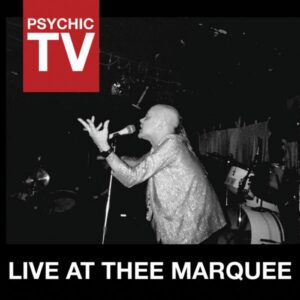 All of which can make Thee Fabulous Feast Ov Flowering Light (Hammersmith Palais 1985) seem quite tame at first. The group is fleshed out with members of Soft Cell and Coil/Current 93, and the gig is the most straight forward of the three. Maybe due in part to the extra musicians, the sound of the group is beefed up but the actual music comes across as quite normal rock ‘n’ roll and early psychedelia. Rollicking versions of I Like You and Just Like Arcadia (introduced by Gen as a song about Hilda Ogden on LSD) are enjoyable but not thrilling. It is only on an incredible reading of Unclean that the gig really starts to come alive. Southern Comfort and We Kiss continue the rich vein and the band really seem to be locking into a darker groove and one that sets the pulse racing. On the whole the recording feels like a transitional one from what has gone before and what was to follow.

Finally we have the Marquee gig and the first flourishing of what the band would term their Hyperdelic music. This cross between psychedelica, acid house, and industrial is sensational. A long, trance inducing intro pulls you in before the band burst into the Chicago beat of Ov Power. It’s as an exciting one two as you will ever hear in rock music. When the cowbell kicks in you are left in no doubt where you are in time and UK culture. As forward thinking as their more celebrated peers (the aforementioned New Order etc) in the way they married beats to guitars, it is on this Marquee gig that you truly understand why people like Andrew Weatherall et al were so keen to work with them. The recording still contains some of the indie sounds from the year before, but here it is given extra bounce and zeal. Their cover version of Pink Floyd’s Interstellar Overdrive is extremely loose, containing basically just the main riff looped and distorted whilst Gen freeforms lyrics over the top, but it’s a perfect choice 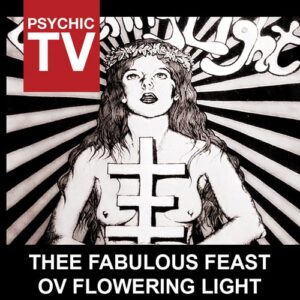 of nod to the acid soaked ’60’s and the acid/ecstasy informed mid to late 80’s bridging the gap between the two summer of loves.

One of the most interesting aspects of these recordings is seeing how many of the same songs are played on each recording yet they each sound so different. The love of improv and impulsive performance is one that runs through Gen from his early days with COUM and Throbbing Gristle and it showed no sign of abating when in the equally influential Psychic TV.

The sound quality is not great on these recordings, but the bootleg feel adds some real dust and bones to recordings. The trick is to listen on headphones. Then you will get the true impact. Hearing the crowd’s stunned silence is as important as hearing their cheers and they really do make you wish you were there in amongst it witnessing one of the UK’s most influential and important bands as they explored the space outside and within.

What a trip that must have been ….