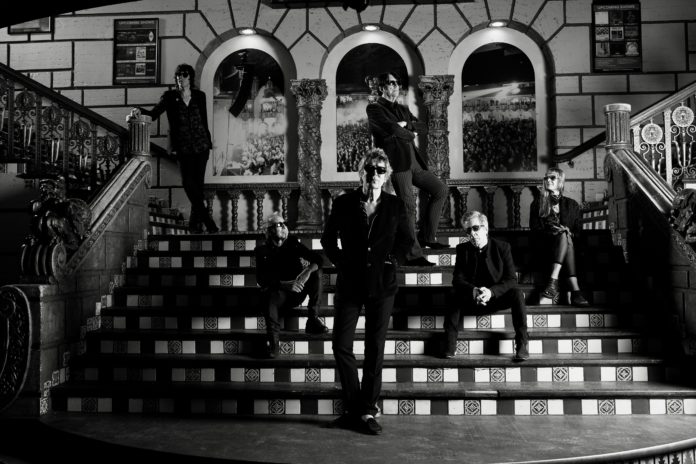 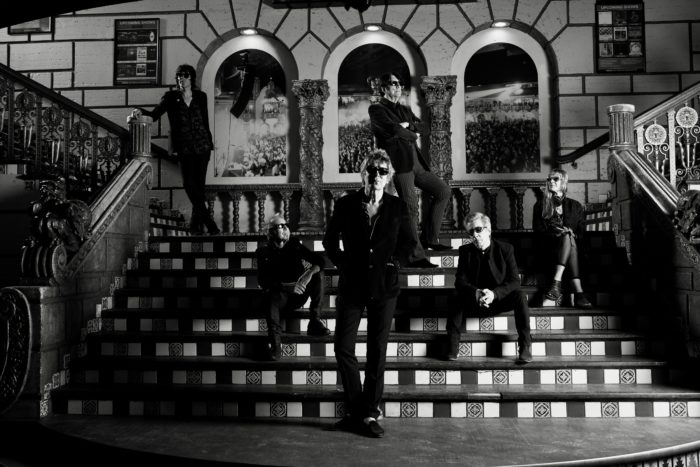 Hot off the press release…  Seven weeks before the eagerly awaited release of The Psychedelic Furs album, ‘Made Of Rain,’  (which we told you about here ) The Furs are making available the song ‘You’ll Be Mine.’ This is the second new song to be lifted from their forthcoming album, alongside  ‘Don’t Believe,’ which came out in January. Both tracks are available to stream now and download when you preorder the album from HERE.   Further new tracks will be unveiled in the weeks leading up to the album’s release.

Yeah, you are right, a nice All Tomorrow’s Parties feel to the instrumentation and the viola miaows are very Venus in Furs. The oboe brings a Rolling Stones vibe for some reason. it’s classic Furs at a stately pace and one of their actual psychedelic-sounding songs, like something from Forever Now.

I’ve been lucky enough to receive a water-marked, share-on-pain-of-death copy of Made Of Rain and can exclusively reveal that it is not only a career-defining work of genius – it’s both a perfect Furs album and a great modern-art-rock album which surpasses anything by The National, Editors, (y’know all those bands supposedly influenced by serious 80’s grandiosity) and is almost on a par with Bowies the Next Day. (I know, that is quite some claim, but it is what I think right now after a couple weeks living with the album on constant rotation).

There is an interesting Richard Butler interview from BBC Radio 6-Music uploaded by TrippinFlags (fan site) here, in which he describes his song themes as his usual melancholy nihilism.

I have to mention too the fact that the Made Of Rain album includes the song Wrong Train – which dates back at least ten years, original guitarist John Ashton is credited as co-writer, and it is a phenomenal version of arguably the bands finest song.  There are several live versions on Youtube to whet your appetite before the definitive studio version err…’drops’.

Psychedelic Furs – the greatest comeback since Lazarus? It certainly seems that way.

‘Made Of Rain’ will be available on Gatefold double 12” vinyl, CD, cassette and digital download with exclusive and signed items available from the band’s Official Store.

All words Ged Babey -with press release content in italics