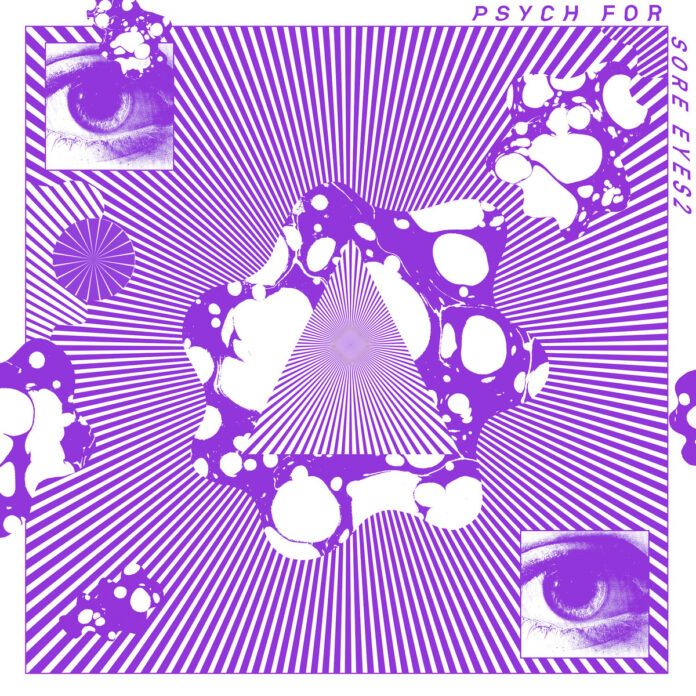 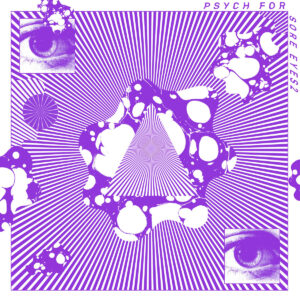 An eclectic and blissful mini-compilation of modern psych-rock. Louder Than War’s Will Dix reviews Psych For Sore Eyes 2.

In September of this year, Quietus editor John Doran set about dismantling what he perceived as widespread over-usage of the term ‘psychedelic’ in relation to music. His lengthy opinion piece, Optrex For Your Third Eye, eloquently concluded with this suggested definition: “Music that contains space for the listener to occupy as thinker, creator and dreamer; music that envelops, dislocates and bewilders; music which is trance inducing through repetition but essentially forward facing and unconcerned with historical accuracy, authenticity, fashion or tradition and music that rewards deep listening…”

The piece also featured a more straightforward assertion, in that ‘psych’ is “a sub genre of Western pop and rock from the late 60s… revived several times since” and separate from any genuine “sonic psychedelic experience” as outlined above. The distinction is worth repeating here as, in theory, those few missing syllables will make all the difference in satisfying (or at least pacifying) pedants who might otherwise dismiss this sequel to 2013’s Psych For Sore Eyes EP on a surface-level technicality.

Hairs duly split, let’s explore why Sonic Cathedral has, semantic objections aside, yet again released one of the most enjoyable compilations of the year.

When it comes to press releases, there are few phrases more pleasurable to read than “exclusive tracks” and “White Fence”. While this year’s For The Recently Found Innocent, recorded in Ty Segall’s garage-cum-studio, saw a rare departure from his trusty 4-track, Tim Presley’s contribution to PFSE 2 seems a return to his usual bedroom-based, lo-fi approach. Before He Met Her is a woozy yet driven three minutes, akin to getting dressed when severely hungover, and reprises Presley’s trademark use of disorientating tape glitches. Whether raw or deliberate, the unpredictable pitch-shifting that colours certain moments of the track allow it to succeed where a great deal of psychedelia fails, in giving us a sense of place and mindset with regards to its creator, laying bare every flaw and fluke for the listener.

Not surprisingly, the EP’s other five tracks exist somewhat in the shadow of White Fence’s effort, though together they make a compelling case for psych’s current revival. Elastic Id, by LA four-piece Morgan Delt, builds trippy, synthesised noise-nuggets over a rhythm section seemingly played in reverse while Goat label-mates Hills provide a face-melting, pan flute-infused slice of good ol’ guitar shredding on their track Montelius Vag.

In any case, genre tags are better purposed as guidelines as apposed to fixed sets of terms and conditions. PFSE 2 might not meet Doran’s rigorous, abstract standards of psychedelia, but is a blissful 21 minutes regardless.

Psych for Sore Eyes 2 can be bought from the Sonic Cathedral site here.