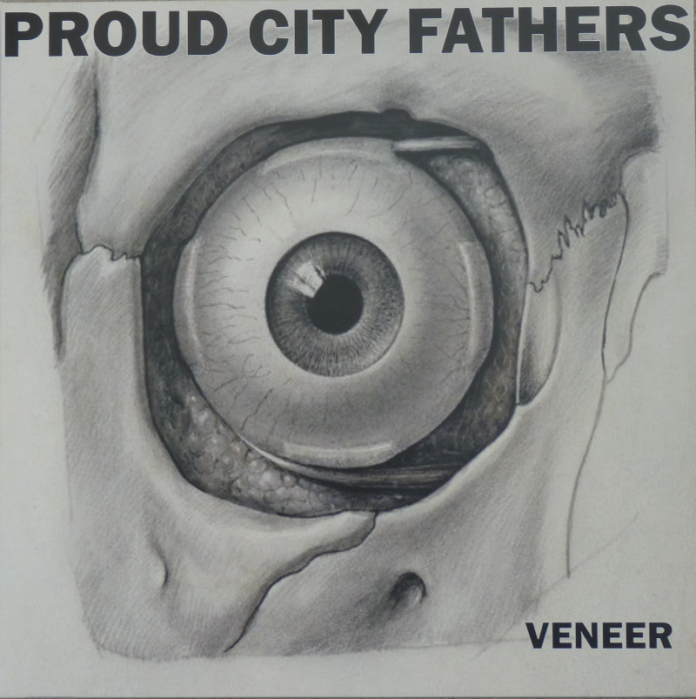 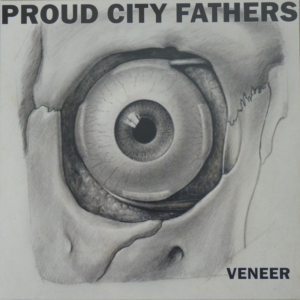 West London’s Proud City Fathers present a concoction of rabble rousing anthemic thuggery with a sensitive underbelly on their new album. Nathan Brown casts his eye over this slab of punk rock.

Some bands churn out great songs (and some churn out crud!). Others present an atmosphere or environment in which their songs sit and this is the category where I would stick Proud City Fathers. A crunchy, chunky, bass provides plenty of drive throughout the album. The drums frequently shift gear between heavy, thundering, ominous rhythms and speedy upbeat tempo. It’s a solid foundation on which to build and a fertile ground for some thuggery.

Rather than disappear completely down the thug rock route, which is no bad thing by the way, Proud City Fathers reveal their sensitive side with guitar that is more exploratory. It lurches from straight ahead speedy punk to more intricate work with a twang that borrows from Dead Kennedy East Bay Ray and early punk bands like UK Subs Often atmoshperic with nice harmonics, anyone who remembers Political Asylum will know what I’m talking about.
The gruff vocals are angry, but with an underlying hint of menace or psychosis. This really finishes off the brooding attitude that Proud City Fathers project. A band who should be best listened to loud, in a crowded, darkened room with others of a shared outlook.

For these reasons Killing Joke are an obvious reference point. They kind of set the mould for that dirty rhythmic psychotic sound. The bass, the drums, the guitar work and the vocals all at times point in the direction of KJ’s heavier material. However, there is also the hint of bands like Angelic Upstarts and maybe The Partisans. Roots in the 80s are as obvious as the roots of someone who’s been unable to track down any peroxide during the lockdown.

Proud City Fathers have some catchy choruses and the call-response made title track Veneer memorable on first listening. “It’s all veneer”. They shout the words as if issuing a warning at the walls of their besieged enemy. Menacing, seething, and backed up by the crowd behing them. An anti-social 2 fingers to the establishment continuing a 40 year tradition of punk rock. Punk rock covers a wide range of ills, bands having often diametrically opposing views on some matters. It’s just all punk, as many of my friends will frequently say. Why the need to split it down into silly subgenre? For a band like this, they don’t fit nicely into one of those (often silly) categories. The only thing that is definitely common across the large dysfunctional punk rock family is that 2 fingers stance. You could almost sum up the commonality of punk as a sub-culture (or even counter-culture) with the chorus from Sewers “Dont tell me what to say, what to do”, in which they position themselves as outcasts.

Outcast and rebellion is a central theme, with songs like Summer of Hate and Allegiance seeming to wave a flag for the rabble, alongside the historical icon General Ludd.  It’s displayed perfectly by their lockdown video on Facebook for Cunt.

PCF are not always easy to read. Is Organised Crime a swipe at politicians or just a sneering bad boy moment like The Damned’s Burglar? Make your own mind up.

Don’t ask me why but at times I am reminded of Peter & The Test Tube Babies but Proud City Fathers are more yobbish than PTTB’s seaside postcard humour. And on 1.34 they are in full on No Future mode (complete with an “Oi!” to punctuate the point) and I can’t help but notice a similarity to Norwich Oi band Short n Curlies.

The song Crucify slows right down and builds heavy and atmospheric before launching into the faster chorus. Something about the arrangement, the intensity, the tempo switches, the tune, the attack on religion…it reminds me of Sanction This (another band who I have compared to Killing Joke)

Finishing the album on Skin they start off brooding and slow, building in intensity, intoning “My Mother’s grave” as the song proceeds to its final destination. The suffocating experience of small town existence. A well trodden path for punks from the faraway towns. Maybe this was the reason punk became so deeply embedded in this country in a way that it didn’t elsewhere? It may account for the angry attitude.

Proud City Fathers have masterminded this release themselves, all DIY with 300 limited vinyl copies available direct from the band via their Facebook page. You can avail yourself of it digitally via bandcamp  and a whole range of platforms and streaming media.

More from Nathan can be found over at his Louder Than War Author Archive.