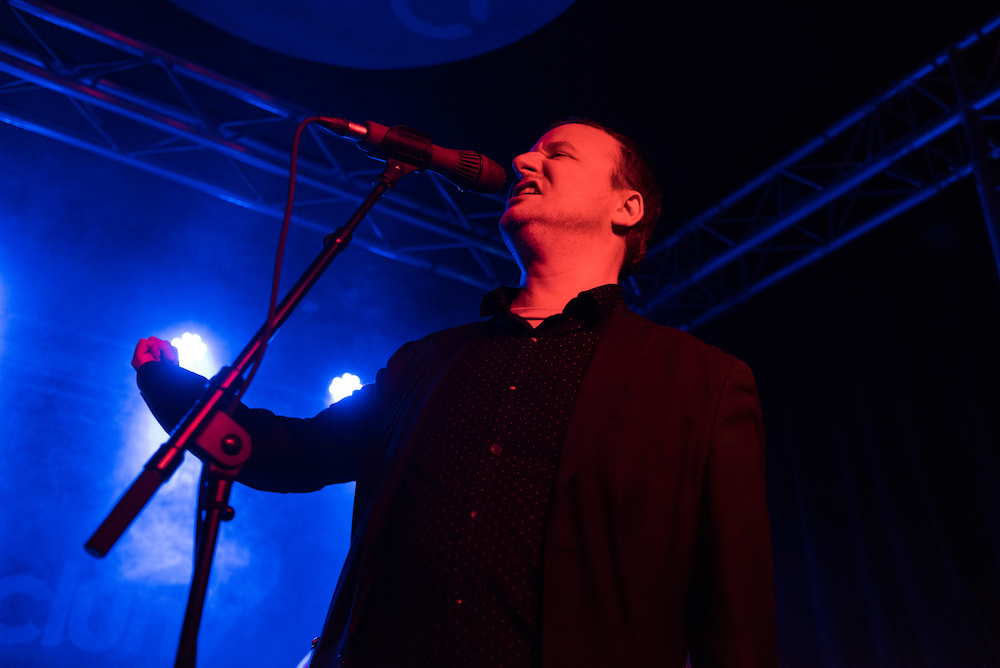 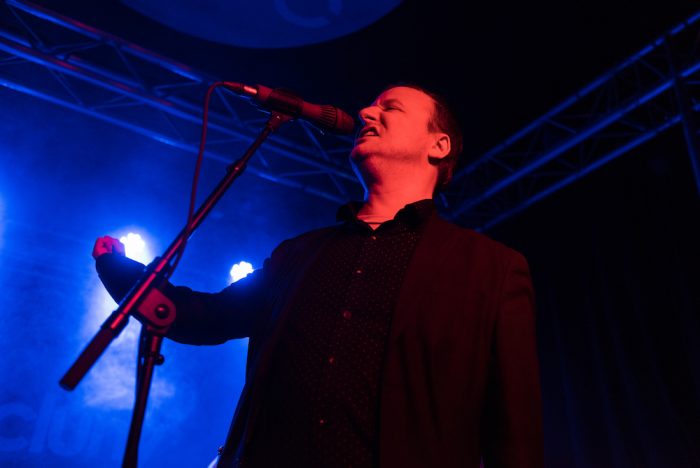 An intense and exciting set from Protomartyr as they impress us with their angst ridden tracks and effortless style!

Having recently released Relatives In Descent and seen it garner critical acclaim and rightfully so, Protomartyr have produced one of the finest albums of 2017. There is no wonder that there is an air of anticipation running throughout tonight’s venue, it was set to be one of the shows of the year too with the announced support being Sauna Youth. Unfortunately, though Sauna Youth withdrawing from the tour placed huge pressure upon Irish trio Oh Boland to step up to the plate.

Fortunately, they brought their A game with tight garage rock tracks played at a frantic pace, these three rightfully impressed the expectant crowd. It’s a slew of tracks from the debut album Spilt Milk that follow, these intricate tracks on there own are exceptional but add to that the bands energy and it becomes an out of this world combination. It’s a truly brilliant opening set from a band who we really can’t wait to hear more of.

After being thoroughly thrilled by Oh Boland, Protomartyr silently make their way on to the stage, no fuss or furore until the thunderous drums of opening track My Children takes hold. Until Joe Casey’s inimitable vocals take over, his distinct style cannot be missed, his passion cannot be ignored as he delivers these harsh lyrics track after track. His intensity rarely drops as the band sustain these dark rhythms, there’s an understated nature to everything about the band.

There is no need for overzealous production or excessive guitar solos, the grit and the angst from every track is more than enough. The likes of I Stare At Floors and The Devil In His Youth sound epic, the former fuelled by wild guitars and shouted lyrics. Whereas the latter focussed more on Casey’s harsh lyrics, you cannot help but be captivated by Protomartyr. Tonight there is something truly special about them, the latter part of their set is awash with tracks from Relatives In Descent.

The likes of A Private Understanding, Here Is The Thing and Don’t Go To Anacita, they’re a real tour de force. Casey himself is a tour de force, he makes it look so effortless as he stands centre stage delivering these powerful words with the crowd going crazy in front of him. Closing out their set with Dope Cloud and then Half Sister, we’re in awe of Protomartyr’s brilliance as is everyone else in this room as they scream and shout before welcoming them back for Why Does It Shake? You really cannot fault Protomartyr tonight!