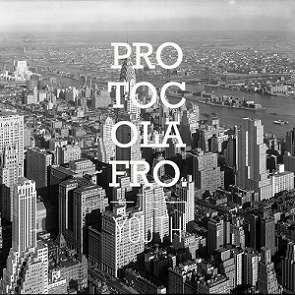 There’s a big world out there folks. A big world where there is music for everyone and a big world where bands exist that you never heard of, from places you know little about. From Indonesia come Protocol Afro, a six piece guitar group boasting ‘anthemic and catchy alternative pop’. Check.

Released to coincide with Indonesia’ National Awakening Day and aptly entitled The Youth, Protocol Afro have assembled an album of nine catchy stabs at rock/pop that pays off. Including two remixes of previous singles Music and Radio, the band are pretty gifted at knocking out a tune or two. Light It Up is case in point – a lively and noteworthy tune with a few 80s synth sounds chucked in for good measure. Guitars wail over a good, hard, clinical production and the vocals are strong.

With tracks written to embody youth it sounds fresh and exhilarating at times. They’ve gone for the anthemic feel too, and often pull it off although new single Streetside could have improved with a slightly better chorus. Previous single Electrified has a dance/funk feel which adds another string to their metaphorical bow with some powerful production and a more memorable chorus. The title track goes more poppy and a distinct likeness to the voice of Robert Smith becomes evident, in fact the track does at times bear strong resemblances to early work by The Cure.

Ending with the remixes (by Riot In Magenta and Illogic State) it’s a good enough debut packed with some good solid tunes particularly Radio which has been stripped bare and re-constructed with a near Techno backing.

Protocol Afro certainly have potential and their songwriting proficiency will serve them well. Songs are well formed and likeable, possibly on a grand scale and you get the feeling that just one lucky break could be of a huge advantage to them.