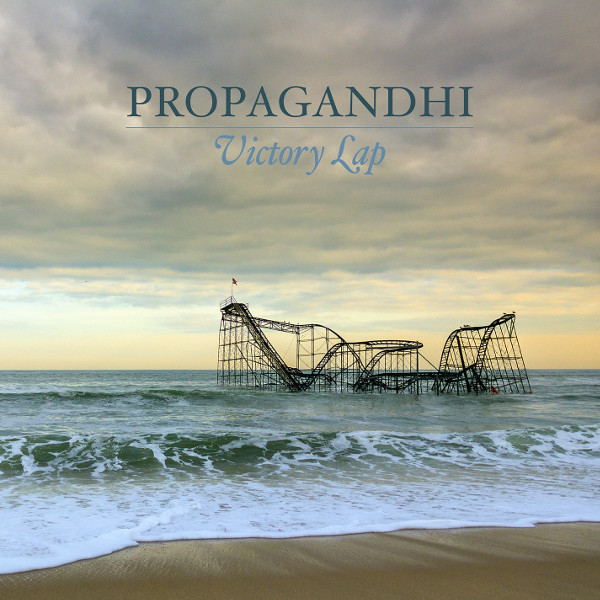 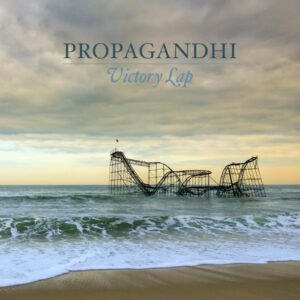 The seventh LP from Canada’s political punkers hits the streets in September and Louder Than War’s Nathan Brown got a sneak preview.

Propagandhi first hit us back in the early 90s with their debut “How To Clean Everything”. It was bouncy pop punk at the height of the pop punk boom, but there was more to it. They weren’t just goofing around – they sang about important stuff too. Plus there was a slightly harder edge, maybe more punk than pop in the mix. Their second full length (“Less Talk, More Rock”) saw a harder sound, with the politics notched up a gear.  I will declare right now that the 10″ they released with I-spy bridging those 2 albums is still my favourite of their records.  Over time they adopted a more metally hardcore edge, there was an album where they experimented with emo, I felt like I had to work to like some of the newer stuff and, to be honest, I started to lose interest. So when the opportunity to review their 7th LP arrived I shouted “Hell yeah” but with some trepidation.  While some might squeal like a child “Ooh, its Propagandhi!” and profess undying love, that’s not my style. Would I have to reveal it as a let down?

The risks were all too apparent.  The difficult third album is now a cliche so how can a band fare on the seventh? Too watered down, too beefed up?  Too formulaic (nothing to notice)?  Would they have lost the plot? There is a lot of love out there for Propagandhi.  For some it’s the fact that they are refreshingly forthright and political compared to many of their “Punks on the street” or “Stop being so serious man, let’s party” label mates at Fat Wreck and Epitaph.  And for the bulk of their career, they release via their own DIY label G7 Welcoming Committee.  For some it’s misty eyed nostaligia. For some it is their technically complex sound or just the speed with which they generally play.  I am assured they did the business in front of heavily appreciative crowds at Rebellion and a sell out gig at The Garage in recent weeks.

24 years and 6 albums later, they still stand for “something more than a faded sticker on a skateboard”.  Phew!  For some artists, that passage of time would have also involved passage into pastiche, and while Propagandhi are no po-faced politicos – they have always had an obvious sense of humour – they are still true to their word and relevant. The spectre of their all powerful neighbour to the South looms large, as you’d expect given the rise of Trump – bad news for the planet and anyone living on it who isn’t rich and white. But they also recognise Canada’s own persecution of Native Americans in “Comply/resist” and its ongoing legacy (“The treaties that we broke, the land that we filched…the children we abuse”).

Just before I started drafting this review, the KKK, Fascist groups and all manner of white supremacists and racists – re-badged by the media as the less perjorative “Alt Right” – invaded Charlottesville and the resulting death and injuries from what would have been labelled a terrorist attack have been widely reported.  This is a symptom of the world that came into being in 2016 that prompted “When All Your Fears Collide”.  The final track “Adventures In Zoochosis” features Alt Dictator Donald Trump’s sound bites “Grab’em by the pussy”, “We’re gonna build a wall”. So the message is still on the nail.  And to be fair I should that there are a few more personal, introspective songs. But what about the music?

Victory Lap is very much a hard rockin’ affair, with a sprinkling of emo experimentation and even a touch of that bounce that first made me stop and say “Who is THIS?”.

The title track is our opener. With a metally riff, some seriously heavy drumming, Propagandhi set the scene.  Yep, they still know how to rawk.  They’re tilling the same land as before. A land of heavy and light, pounding and melodic, screamed and sung.  If there’s a band that deserves the word “juxtaposition” in a review it must be Propagandhi.  A hardcore intensity and tempo that unfortunately can attract tough guy antics, but a clear message that those jerks aren’t welcome (“We came here to rock. Single moms to the front. Deadbeat dads to the rear. That’s how we do it here.” as they put it in “Tartuffle” later in the album).  Heavy riffs that snap into melodic picking. Vocals that range from tuneful singing to hardcore shouting.  A disdain for rock’n’roll theatrics but some serious guitar solos that many a denim cut-off clad rocker would happily play air guitar to.

While this album is a continuation of their ongoing musical trajectory “Letters to a Young Anus” feels like a nod to the early years, with the chuggy guitars and bounce that set “How to Clean Everything” apart from so many of their peers.  “Lower Order” and “Failed Imagineer” (with an intro sounding like it could have been lifted from GBH’s “Knife Edge”) also draw on that early sound.

The band’s musicianship is, as always, beyond reproach and was  recently supplemented by the arrival of Sulynn Hago to replace David Guillas on guitar. Allegedly they were sent 400 audition tapes, and she came top of the pile. On songs such as “Cop Just Out Of Frame” the dexterity on the fretboard could easily match any of the “guitar greats”. The frantic drumming is also stand out stuff,  so loud, so fast, hit so hard that it acts as an extra voice where aggression is required.

My only complaint is that the vocals are at times almost buried by the production which captures every cymbal  and every note.  Which for a band with so much to say, would be a great shame. I guess it just means we have to pay more attention.

Overall it’s a good album. At times this band can be almost formulaic. Start with a heavy intro, quiet noodley guitar bridge, fast/shouty or melancholy/tuneful main song, stick in some vocal harmonies, end on a quirky time signature or guitar strewn rock out.   But then that’s Propagandhi for ya. Who else should they sound like but themselves!? If you like Propagandhi, you know what to expect – more of what came before, but I would suggest better than the last 2 LPs.  What more can I say?