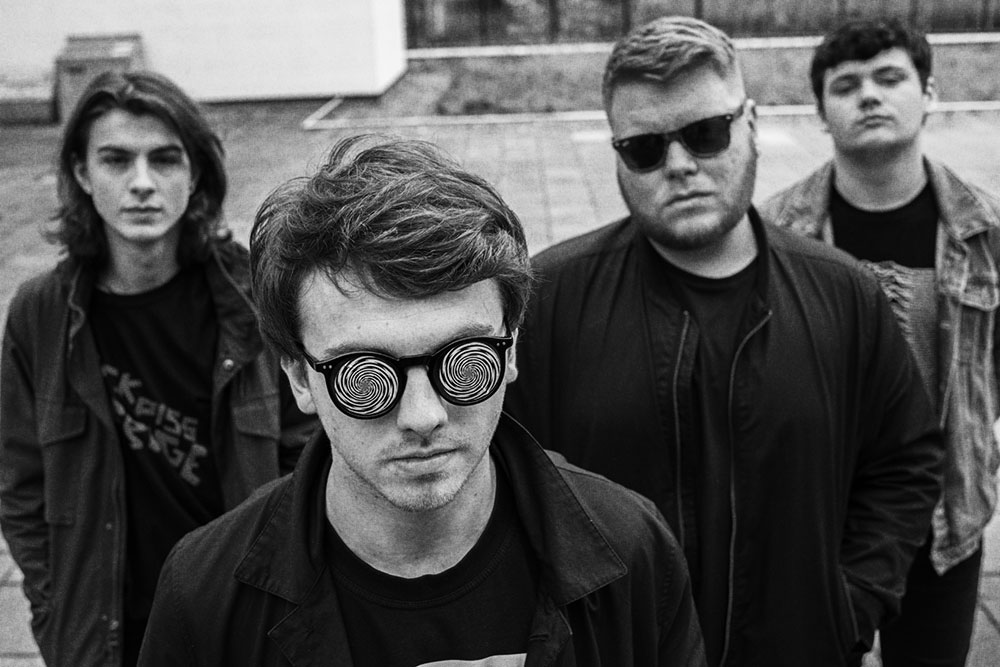 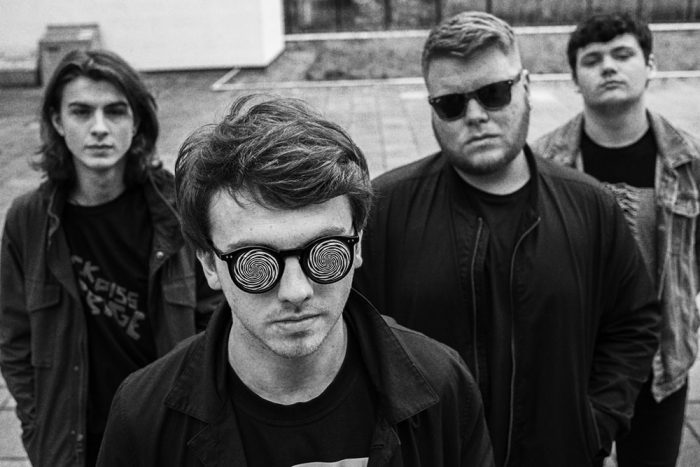 Proletariat are playing first on the bill at tonight’s Club Academy gig. Nigel Carr caught up with the band before the show while David Gleave grabbed some photos at the back of the venue.

There’s more to those gothic Mossley mills on the East side of town than meets the eye. First Cabbage started spilling into the mainstream with a rammed gig on the John Peel stage at Glastonbury, and now Proletariat are busting out. I grabbed lead singer James Cummins for a few words before tonight’s gig.

Performing their first show just over a year ago in August 2016 they are sharing the current Cabbage This Feeling tour duties with LTW favourites The Blinders. When the band started out James wrote all the songs, bringing them to the rest of the band to rehearse.  That process has now changed and the writing is now shared with the other members.

He explains: “We’re quite raw, we’ve never been too fussy about how pristine we sound. I’m geared around The Clash, Ramones, Slaves whereas Conor (Lead guitarist), is more classic Led Zep. We can spend a while on songs and get rid of them or we can spend ten minutes on one then start to work on it gradually with either me or Conor doing the guitar parts. We all put in our fair share now which is nice and share the credits equally as it avoids all the complications!”

Following the current wave of young pro-labour bands, Proletariat are not just about ‘catchy tunes’: “It’s important for young people to have a voice and music is a great privilege to express that. Some people are not creative and for whatever reason can’t or won’t be in a band and it’s nice to see Cabbage, The Blinders and us flying that flag for those people. I was at the Libertine’s gig when Corbyn came on stage and we haven’t seen that in our lifetime, us lads!”

Working with This Feeling has enabled the band to get more exposure around the country. “This Feeling are our sort of best promotor mates, we tend to always want to do something with them. The exposure, we did our first ever London gig with them.”

Starting out with a stripped back punk sound, songs like current single Ignorance have become much more structured. “In terms of music that is probably the most intricate one we’ve done. It’s great to have Ignorance and Kiss of Death which will be the next single, they’re quite melodic but it’s nice to throw another raw one in the mix.”

The future is looking very bright for this band: James: “There has been more talk about A&R and labels over the past month. Manchester is known as a behemoth of a city and it’s nice to be part of it. There is a serious amount of energy and passion in it with a bit of hunger and anger.”

The band are first on tonight, sharing the bill with Bang Bang Romeo, Black Waters and The Shimmer Band. What is immediately apparent from the off is the quality of Conor Dolan’s guitar playing; this is no ordinary punk band. Effortlessly sublime lead floats all over these tunes taking them to another level in terms of musicianship. A lot of punk bands are content to thrash out simple chord structures. You’d have to go right back to Manchester’s Nosebleeds when Vini Reilly was playing with them to hear lead driven punk this good!

Elements of The Stooges intertwine with hints of The Dead Kennedys, especially with James’ rock solid Jello Biafra style vocals driving these tracks forward. A confident frontman, he owns the stage and plays off Conor, whose granite like presence stage left is hard to ignore.

Highlights include current single Ignorance which opens the set and Play Dead, a simple three-chord thrash with Conor’s driving riff piercing right through it. There’s a visceral intensity to these songs which is impossible to ignore. At times they stray into the familiar Arctic Monkeys’ arena but then come thundering back with an Audioslave/Cochise style rock solid tune, especially on Mirror This Energy. I first heard this band on a Mr Peeps Podcast – I want to hear more.