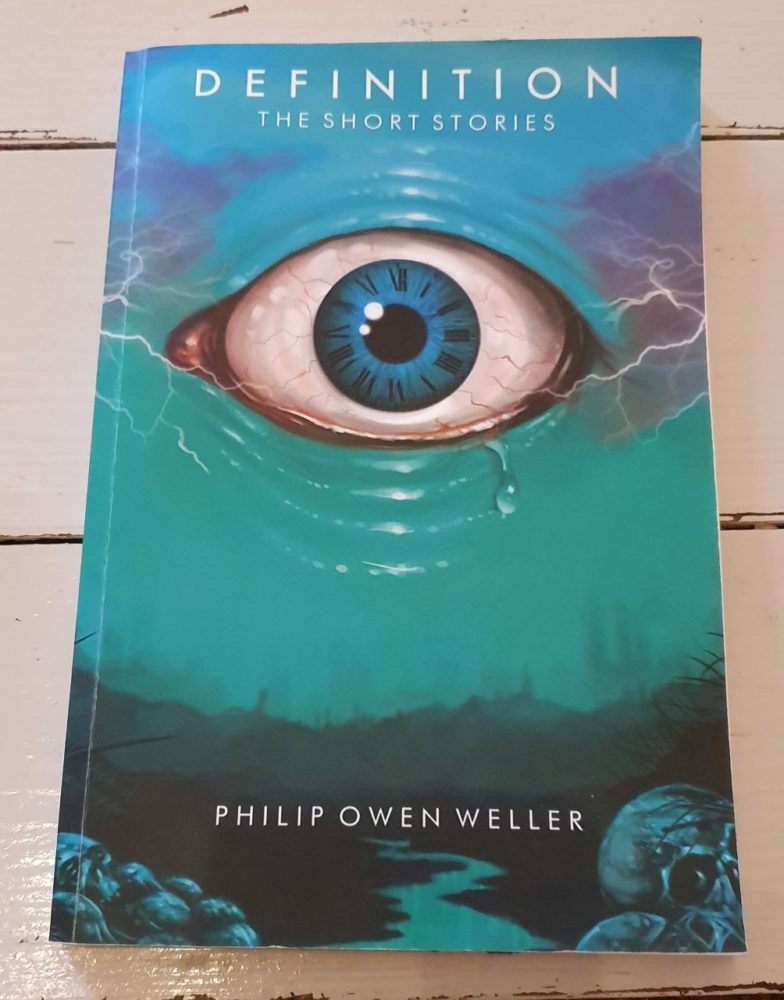 Manchester progressive metal band Prognosis has announced the release of Definition: The Short Stories, penned by guitarist/vocalist Phil Weller. The book of short fiction is directly inspired by the music and lyrical concepts from their 8/10 Metal Hammer rated debut album, also titled Definition.

Lyrically, the songs on Definition are bound together by a concept which looks at the flawed characteristics that define us as humans, such as greed, narrow-mindedness and imperiousness. Combined with music that is at once progressive, grounded, over-the-top and ferocious, Definition has proved a rewarding listen.

With the book, this unique, multi-media concept helps provide an exciting accompaniment to the record, embellishing upon its dark themes and taking in a variety of literary styles and genres, yet is strong enough to stand up in its own right. You don’t have to know about the band to enjoy the book’s collection of tales, but alongside one another, everything really comes to life in a way no other band has done before.

Some stories stay close to the world created by the lyrics of its parent track; the ferocious track Drones becomes The Aftermath, a story which takes you back to the same post-apocalyptic, dystopian future where humanity has been usurped by technology the song enraptures you in.

Other stories veer off into a world of their own making. while still resonating the same message that the lyrics, which are also printed in the book before each story they helped inspire, convey. Elsewhere, there’s an Indian love story which author Phil Weller likes to describe as “Romeo & Juliet if it was written by Steven Wilson” and a story called Melting Winter asks the question of what would it have been like had George Orwell published NinteenEightyFour in the world in which that book was set.

The book is a great achievement for the band and its author, accentuating the progressive mindset that made the songs on Definition such a rewarding listen. “I’m incredibly proud of this book,” says Weller. “It’s the culmination of many years of hard work and, not only does it stand as a  unique companion to an album, but I also feel confident that it stands up in its own right. I know other musicians have published fiction before – in fact, there’s a hint of Nick Cave’s twisted storytelling in some of these stories – but to my knowledge, no other band has released a book directly linked to a record. You don’t have to like Prognosis or even know of us to enjoy the book. Plus it’s full of song and band references for the eagle-eyed metalhead which I had a lot of fun dropping in throughout.”

Here’s Phil talking about the book:

Definition: The Short Stories releases Friday 2nd August and will be available from www.prognosis.band