Home Music Reviews Album Reviews The Professionals: What In The World – album review 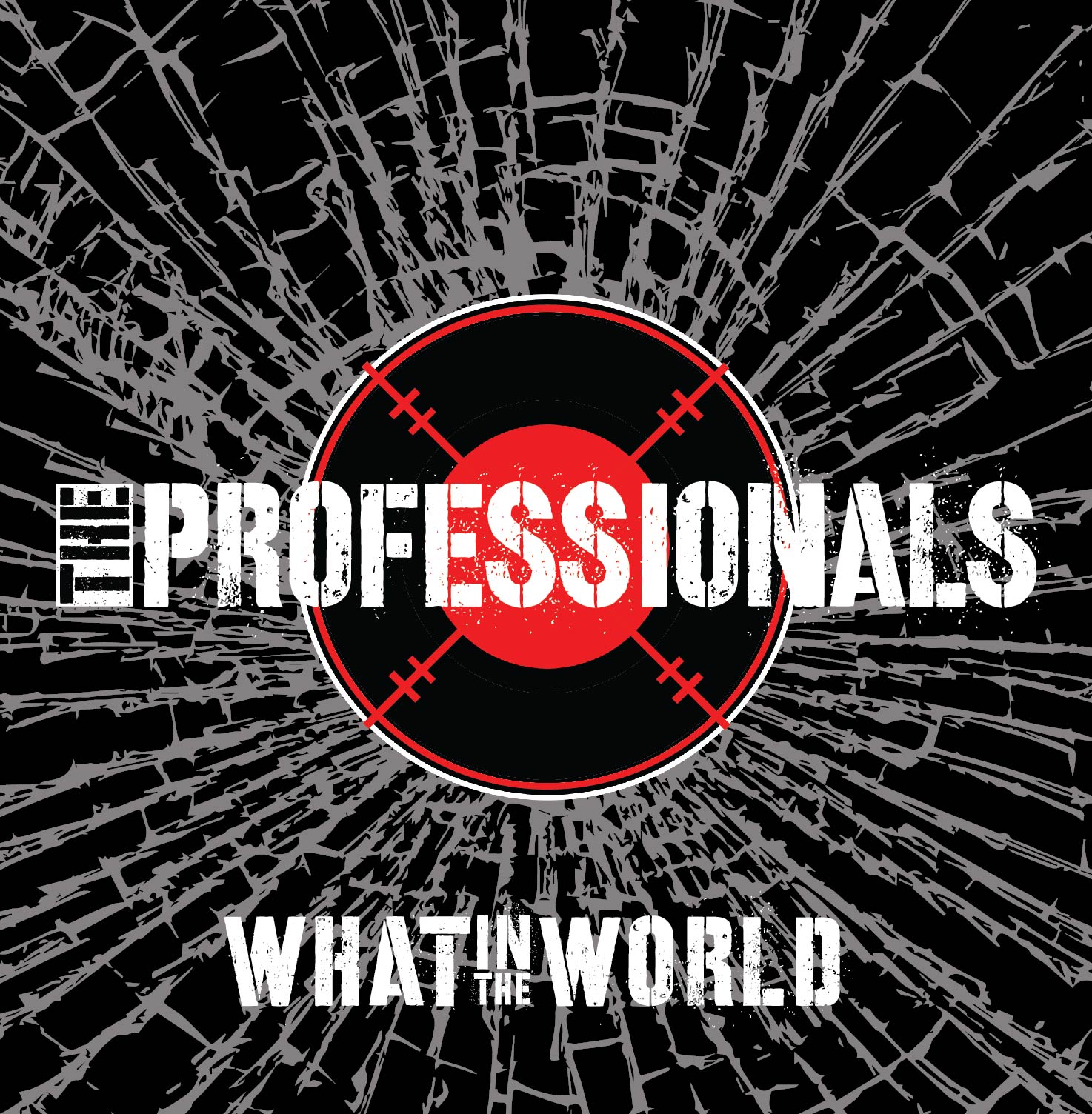 What In The World

Arising phoenix like from the ashes of the Sex Pistols, the flames of The Professionals, with a core of Paul Cook and Steve Jones, warmed us  briefly before the almost obligatory split in 1982. With the financial incentives of the reunion being accepted as the norm these days in rock and roll, even old punks can’t resist a revival.

How times change. It’s hard to believe forty years have passed since Never Mind The Bollocks fired the passion of the punk generation. Oh, how we look back on those days with a rose tinted and Ready Brek warming glow. But these are days of enlightenment where musicians seem less territorial about genres. Even at Louder we’ve recently pondered ‘were Pink Floyd one of the biggest influences on punk?’ (read here).

Revitalised, re-energised and with at least some (ie,  one) of the original members, which always helps, The Professionals are back. Led by ex-Pistol Paul Cook and bassist Paul Myers,  the  Steve Jones blessing goes out to new front man Tom Spencer who steps up to the plate with a suitably Jones-like uncomplicated demeanour.

And to show how the barricades have been breached and an entente cordial established between musicians who may have previously been at war, there’s a shedload of guests from all walks of musical life to add a touch of colour. In the studio the songs might have been put down as a three piece but the need to beef them  up by a second guitarist  resulted in “Cookie dusting off his punk rock address book and making a few calls.” And aside from roping in Mr Jones for three tracks, it wasn’t  just old punks in the little black book either. The trio are joined by Mick Jones and Marco Pirroni  (need we say more) and from the hard rock field, Guns ‘n’ Roses’ Duff McKagen, Phil Collen of Def Leppard and Billy Duffy of The Cult. Not something you would have ever ever imagined back in the white riot days at the height of punk.

As they say in the opening song – title and chorus labouring the point – you can’t keep a good man down. No messing about or breaking any musical boundaries but a declaration that “we’re doing what we do best. From the heart with energy and integrity.” A short sharp  blast of  energy in 10 songs over thirty five minutes, no modern day CD padding out or bonus cuts. Three chords and the truth, back to basics  and imbibed with  rock’n’roll attitude –   showing that even old punks have  a heart with the sentimental tribute to Lemmy and Bowie, on Going, Going, Gone.

There’s more than a nod to the heritage as Hats Off features some Jones styled guitar lines from 3 Colours Red’s Chris McCormack – not the first of a few echoes from the dim and distant past, before closing with Monkeys – a suitably punk fired  Darwinian dig at our world leaders, joining the mainstream masses to have a go at an easy topical target. Yes, there’s plenty of energy and a great album for belting out on a boozy soirée but ultimately giving the feeling that the spirit is willing although the flesh and the joints might  be less robust.

Coincidentally (or just good marketing?) the album comes 40 years to the day that Never Mind The Bollocks was released. With a showcase London gig to showcase the album, the potential is there to change the designer specs for something rose tinted and a indulge nostalgic return to ’77.

You can watch the Good Man Down lyric video here: