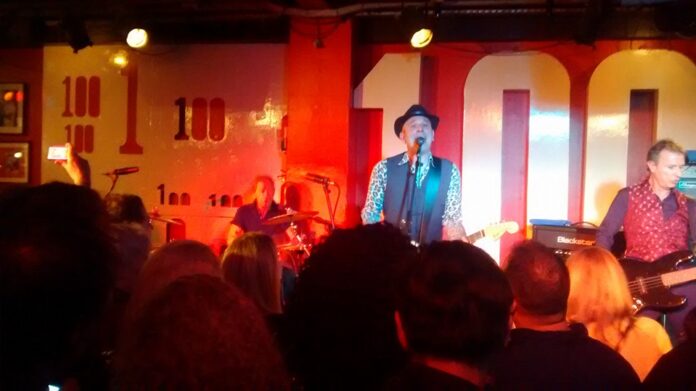 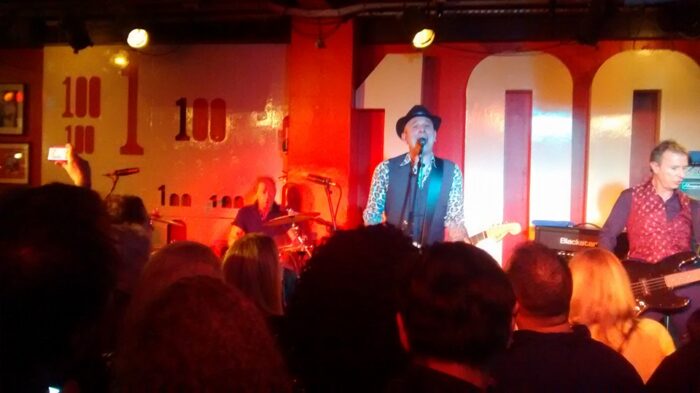 Ian Canty gets a train up to that there London to see how a reformed especially to promote the Boxed Set line up of the Professionals fares without Steve Jones.

Of course I wish “he” was there for this gig. To say anything else would be totally dishonest. If you asked any of the sold out crowd last night at the 100 Club I suspect they would all say so too. But I don’t think that any of them would feel they were cheated (rubbish Pistols reference number 1). Even the band would have all wanted Steve Jones to be there, but if we had to wait for him the Professionals would probably have never played again and that’s a fact.

Which would be a damn shame because the Professionals were really rather special and these songs needed to be played live at least one more time. Only a hardy few who judged things with their ears were listening at the time, as they were marked “unfashionable” by the trend conscious of the music press and pretty much ignored despite their obvious strengths in writing catchy up tempo songs with a depth they were not usually given credit for, plus great playing. This was probably because of “The Great Rock N Roll Swindle” that the Professionals were looked on as some sort of dated punk throwback totally unfitting with the Post Punk going into the laughable “New Pop” phase that ruined music for a number of years. But the smart folks understood and treasured these brilliant songs.

Legalities also seemed to hamper their progress and within two years all that was left was a fine run of four singles (which perhaps were as good as any singles run including by “that band”) and an LP that wasn’t quite what it should have been due to a weak Nigel Gray “New Wave” production job. Even so, “I Didn’t See It Coming” was one of the more worthwhile records of 1981 and if “The Magnificent” wasn’t one of the best singles of the year I’ll be jiggered.

They went their separate ways and that would have been that if Paul Cook and Paul Myers had not teamed up to play in Vic Godard’s Super Subway Sect. This led into a roundabout way to the Professionals playing a couple of gigs to promote a box-set reissue of all their material including the tracks with Ray Winstone for “Ladies And Gentlemen, The Fabulous Stains” and the aborted “Sham Pistols” project. Steve Jones didn’t want to do it for his own reasons, so the remaining 3 drafted in Tom Spencer on guitar and vocals. Which led to this gig, which was wonderful and exciting.

Coming on stage to Laurie Johnson’s theme for “The Professionals” TV Series (itself one of the funkiest bits of music known to man) the band looked relaxed and full of fun went straight into “Just Another Dream”. My word they were fantastic, you should have been there. A packed 100 Club was totally the right setting to see Paul Cook’s incredible drumming up close, Paul Myers’ great bass playing and Ray McVeigh effortlessly throwing shapes and guitar licks par excellence. It was like they had never been away, full of energy and guile, a proper band and not a reunion for a few quid’s sake.

Tom Spencer deserved all lot of credit for two reasons. Firstly for having the balls to step into some mightily big shoes and secondly because of the understated way he approached the whole thing. For a lot of people it would have been an ego trip, but while Spencer is no Steve Jones (there’s only one!) and his voice is a lot rougher, his sheer joy and modesty at being up there with this great band was just right and a joy to behold – well done sir, well done.

Highlights? Well “The Magnificent” has always been my favourite Professionals number and to see it done live so well was a dream come true. “1,2,3”, “Kick Down The Doors”, “Friday Night Square”, “Northern Slide”, for a band that was together for such a short space of time they came out with classic after classic.

It all went by in a flash and I’m not ashamed to say I went home with a very sore throat afterwards through singing along like a vast majority of the 100 Club. After finishing the main set with “Silly Thing” they were back with Ed Tenpole for the Velvets’ “White Light White Heat” and finished with a stomping version of “Little Boys In Blue” (after a false start – I thought back to Ged Throwback’s heckle at the Subway Sect gig  in Brighton “You’re supposed to be Professionals” to which Paul Cook badum tished bang on cue).  Along with a lot of people I spilled out onto Oxford Street dripping sweat but totally elated. They didn’t just blow the roof off the place but the three storeys above it too.

All I can say to this line up of the Professionals (and if Steve finally joins up again it would be great) is in their own words is “kick down the doors, run to the top, don’t you ever stop”.

The Complete Professionals 3-CD set is out now on Universal

All words by Ian Canty whos author profile is here.  Photo by Pete Trousers (thanks Pete)