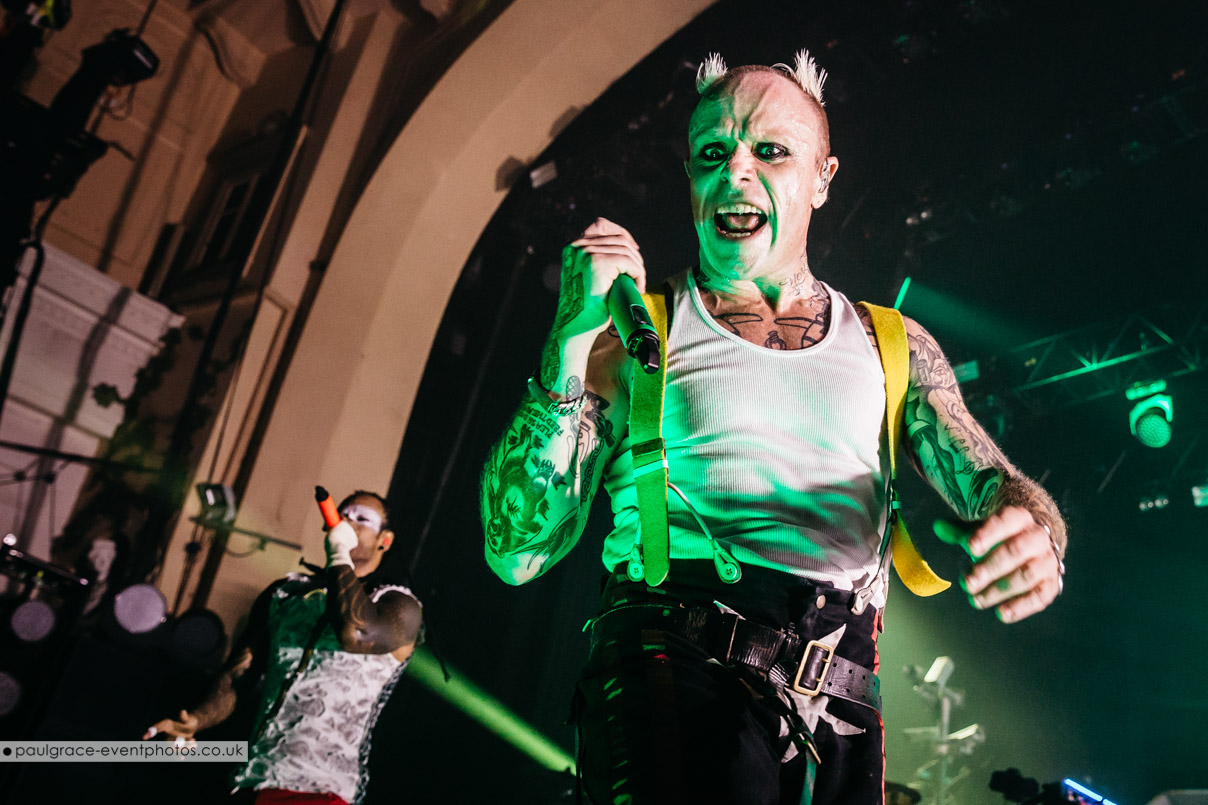 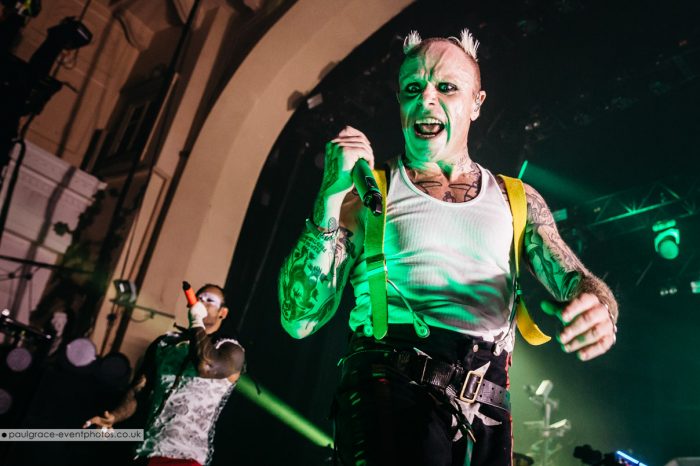 It has been reported today that Keith Flint, singer and dancer with The Prodigy has passed away at just 49 years old. He was found dead at his Essex Home this morning.

Police said “called to concerns for the welfare of a man” just after 08:00 GMT. “Sadly, a 49-year-old man was pronounced dead at the scene.”

They added “The death is not being treated as suspicious and a file will be prepared for the coroner.”

The band had just completed a set of dates in Australia and were due to embark on a US tour in May.

From humble beginnings as a rave band in the early 1990s, The Prodigy released a string of number one albums including Music For The Jilted Generation and Fat Of The Land, which included the two monster hits Firestarter and Breathe. They returned to form with the excellent No Tourists album in November last year.

Sharing a picture of the late star, present band members Liam Howlett and Leeroy Thornhill wrote: “The news is true, I can’t believe I’m saying this but our brother Keith took his own life over the weekend.

Keith’s wife, DJ Mayumi Kai, is believed to have been in Japan at the time of his death. 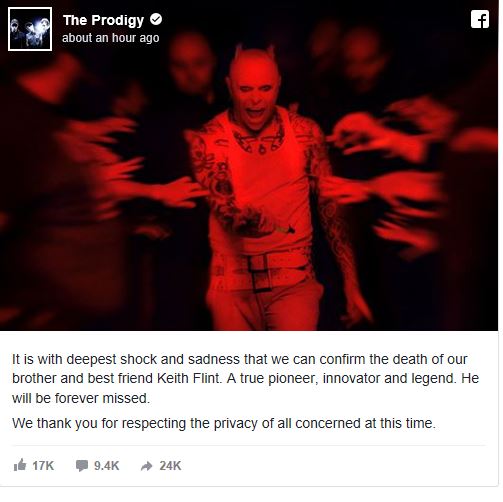 Police remained in attendance at Flint’s home on Monday morning, but a spokesperson confirmed the death was not been treated as suspicious.

An Essex Police spokesman told The Sun: “We were called to concerns for the welfare of a man at an address in Brook Hill, North End, just after 8.10am on Monday… We attended and, sadly, a 49-year-old man was pronounced dead at the scene. His next of kin have been informed.

“The death is not being treated as suspicious and a file will be prepared for the coroner.”