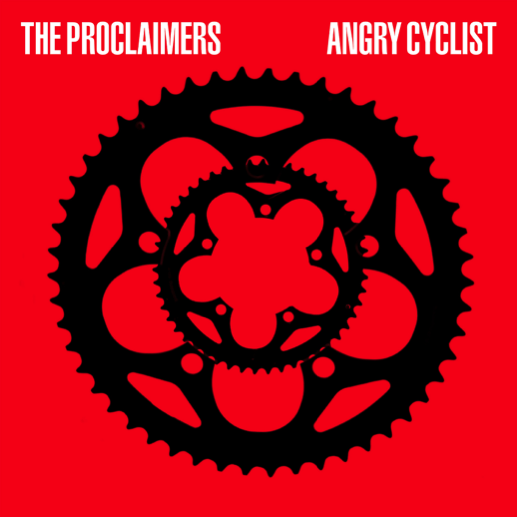 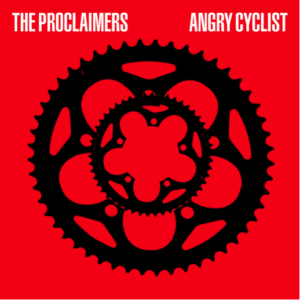 Angry Cyclist: The Proclaimers vs Hypocrisy (round 11)  – Review by Angela Joenck Watt

The Proclaimers are back with their 11th studio album, armed with electric guitars, driving drums, loud vocals, strong opinions and that deep-seated truth serum of theirs. Maybe they were born with it…because it’s definitely not Maybelline.

Angry Cyclist, the new album by The Proclaimers, deserves a socio-philosophical PhD thesis. But as we learned in the last few years, Britain is tired of experts. So rather than having that, you’re stuck with me and this imprudently lengthy review.

There’s a sense of urgency about this release. Here, you’ll find the Reid brothers in a reflective mood, setting records straight and aiming at the rise of far-right movements, hypocrisy, ignorance and other malaises that torment the world today. There’s also an element of loss throughout this album, be that the loss of expectations, of time, or even of someone who is no longer around. But they are still loud, angry and witty while they’re at it. So in that sense, it’s still very much a Proclaimers album.

Produced by David Eringa and recorded at Rockfield Studios, Angry Cyclist has 13 songs, 8 of them shorter than 3 minutes. The title track opens the album with what is the most precise analysis of the critical moment we are currently living as a species but delivered in the format of a pop song. Strings give way to a steady beat, and then all hell breaks loose. That leads straight into an upbeat number called Stretch, that is pretty much about the human condition. Self-doubt, vanity, insecurities, mid-coitus realisations and the conclusion that there is no ultimate epiphany by the end of this whole enterprise. “We will stretch it out until it’s clear that there is nothing to reveal”.

The following track, Streets of Edinburgh, is a sentimental look at the city The Proclaimers call home. The living and the ghosts that inhabit the memories of the writers give meaning to the stones and concrete. “An air of sordid passion, a look of dirty grace. But not right in your face. It’s not that kind of place” might not be Visit Scotland’s preferred description of the country’s capital city, but the song is a firm candidate for the duo’s next anthemic tune.

After that palate cleanser, that sense of urgency I mentioned at the beginning of this piece comes back with a vengeance in tracks like Then it Comes To Me and Sometimes It’s the Fools. The former ponders on how, in your youth, you used to laugh at the concept of fear of the future, but with the passing of time, these things become considerably more real. The latter reminds me of something good old Christopher Hitchens used to say: “we are born into a losing struggle”. And since that’s the case, the twins are reminding us that it’s better to say what’s important now rather than later and that it would be wise to “build a world that’s much less rotten”, even though the Tory party, Nigel Farage and Donald Trump tell you otherwise.

Other straight-to-the-point socio-political critiques can be found in Looted and Classy. Just when Her Maj was beginning to forget about the last 31 years of The Proclaimers’ career, they go and call Britain “thieving scum” on a record and condemn the hereditary privilege prevalent in the country. Bad, bad Scottish rockstars.

There are love songs too, but perhaps not in the conventional sense. The upbeat You Make Me Happy is an example. Sometimes one has to invest a lot of time and money on psychotherapy to get this kind of bluntness (believe me). The clarity and zero f*cks given spirit, however, are blessings that come to us with a certain seniority. Don’t worry, kids: you’ll get there as well.

Musical highlights go to A Way With Words, that combines Stray Cats arrangements with Beatle-like harmonies and The Battle of the Booze, a stomping sing-along on the pros and cons of Vodka.

The album ends with a country waltz that is apparently superficial, but deep down is full of loss, as it’s the case with most country songs. A collection of humanity’s most significant questions (“who sold the razor that cut Van Gogh’s ear?”, “how do you know when a sloth is relaxed?”) contrasted against the absence of that one person we would love to ask them to.

Angry Cyclist is one of the best albums released by The Proclaimers, and an absolutely essential record for those of us unhappy with the nasty turns the world has been taking. And it’s good to know that, when required, we can turn to Craig and Charlie for that punk ethos and uncompromising sense of irony. Their anti-fascist, candid badassery is still intact. And we do need it.

Angela writes for Louder Than War and this is her author’s page.