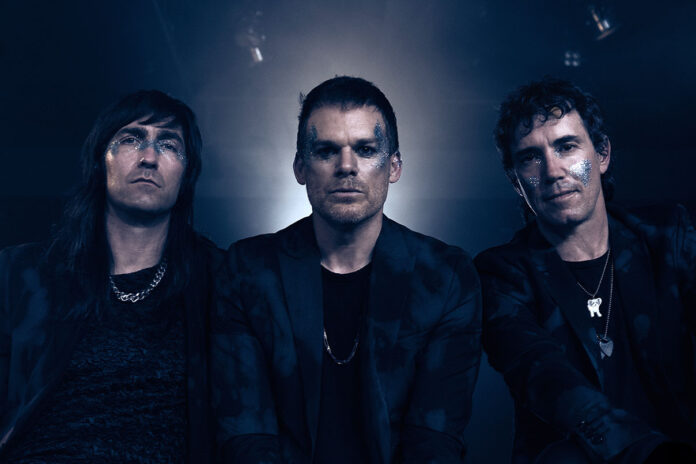 Talented actor and musician Michael C. Hall is well-known for being selected by David Bowie to star in his musical, Lazarus, also, for his brilliant performances in the musical Hedwig; the Angry Inch; outstanding TV Drama’s Dexter and Six Feet Under. The latter two enthralling shows are focused around the subject of death, yet his exciting new project is very much about keeping superb synth and drum music and combined talent very much alive.

Hall has joined forces with Peter Yanowitz and Matt Katz-Bohen to deliver a unique electronic project, performing as the band with the very unique title of Princess Goes To The Butterfly Museum. It will showcase their 2021 debut album Thanks For Coming for the first time live in the UK. The album has received exceptional reviews, which will have no doubt prompted them to take this to the next level for a series of intimate headline shows in the UK and EIRE.

Princess Goes To The Butterfly Museum’s Michael C. Hall is the lyricist and vocalist in the talented trio. Alongside him is Blondie Keyboardist Matt Katz-Bohen who has also played for Cyndi Lauper and Boy George. Their drummer is Peter Yanowitz who has worked alongside a variety of artists including Andrew W.K, Wilco, Billy Bragg and Yoko Ono. Together they create a unique combination of exciting, but minimalistic synthesiser and drum sounds pumping through. Various influences are evident including Bowie, 70s disco and 80s new wave music.

“We definitely have synth 80s pop in our veins, we also have some 70s riff rock and we all agree on Black Sabbath. The Stooges; Queens of the Stone Age; which is kind of running through it as well. Just that throbbing sense of desert rock and roll, or I guess, British Midlands heavy metal as well.”

Check out the interview with Peter Yanowitz and Matt Katz-Bohen on Louder Than War here: Part two interview is with Michael C. Hall here:

Their single Nevertheless has had an official video released that was premiered by Rolling Stone. It’s worth checking out for its ghostly but powerful scenes with a sci-fi feel.

The 11 date leg of this intimate tour commences at Bristol’s Thekla on 27th November includes appearances in Manchester, Dublin, London, Birmingham, Liverpool and more. With tickets on sale now, dates and details can be found as follows: 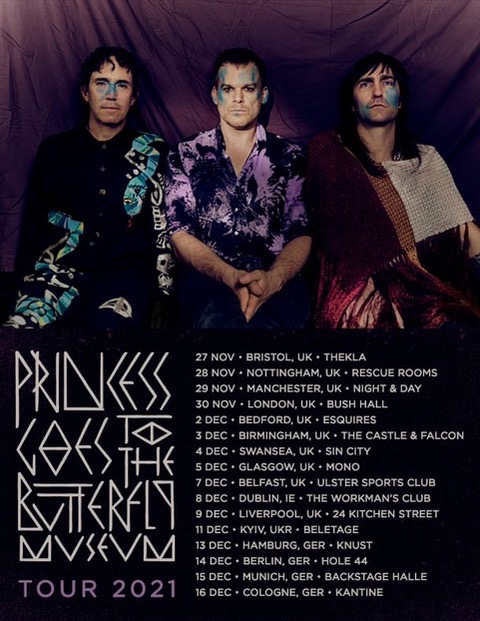 Princess Goes To The Butterfly Museum Tour Dates below: