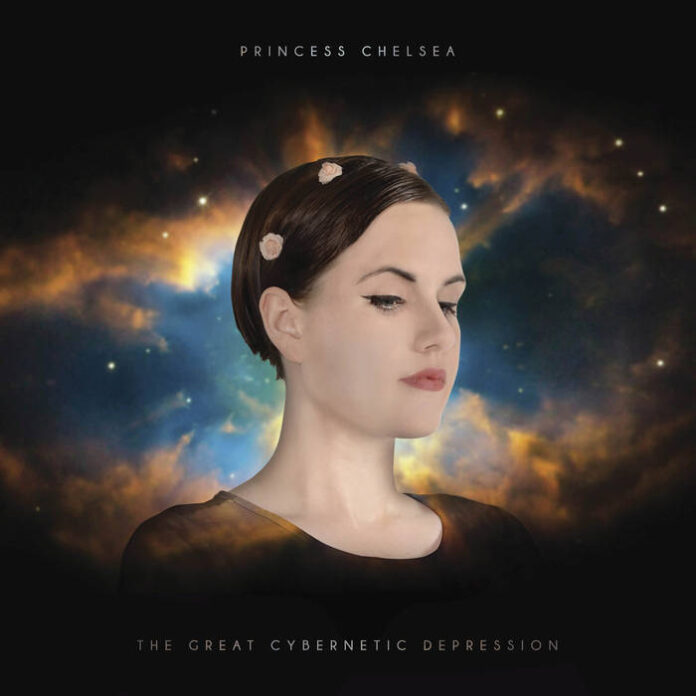 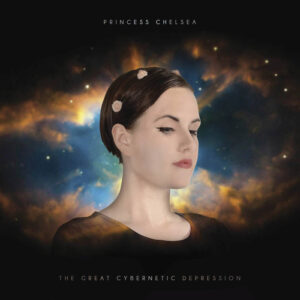 It’s been a long time since 2011s debut Lil’ Golden Book the album that saw Chelsea Nikkel (aka Princess Chelsea) obtain both critical acclaim and a support spot on the tour of darlings of that moment Alt J. Originally scheduled for release in early 2014, The Great Cybernetic Depression is the ‘difficult second album’ but something of a triumph.

Gone are the musical box sounding pieces now superseded by a pop operetta with strings replaced by space-age synths and lyrics which are absorbing and provoking. NIkkel was never one to shy away from ‘serious’ topics as (the YouTube sensation) The Cigarette Duet and Too Fast To Live from her debut confirmed, but cleverly wrapped in poppy backings they provided a sugar sweet alternative pop.

With the new collection the bar has been lifted significantly both lyrically and in bravado. The ‘Popperetta’ glides through tales of depression, potential suicide, and the universal apocalypse as though they were everyday issues. Even, semi instrumental Winston Crying On The Bathroom Floor despite its bizarre title, consists of Chelsea’s beloved feline friend seemingly wailing in unison with the atmospheric backing.

Album opener, When The World Turns Grey (the companion to last year’s We’re So Lost single release) is a slow and poignant track if not completely and utterly brave to start a new album. It’s a veiled love song wrapped in a haunting comment on the state of the World, and it’s done with tact and expert judgement.

Too Many People, a duet with partner Jonathan Bree (who guests throughout the album) is so clever that it even manages to included Nikkel exclaiming “f*cking shit” seemingly without the listener batting an eyelid, and that is where the strength of the album lies. Lyrically it’s clever – with subject matters enveloped in sweet sounding cascades of simplicity so skilfully that the album is completely grown up with an almost childish lollipop feel.

We’re So Lost, whilst not a Nikkel composition (it’s a cover of a song from label mates Voom) has her own take on the track with added dreamscapes and sweeping synth sounds not forgetting guest appearances from Winston on the promo video.

Throughout the album the urge to throw in any crashing drums or loud percussion is resisted (a far cry from every child’s favourite Monkey Eats Bananas from her debut) until closer All The Stars allows torrents of noise to infiltrate and rise like a phoenix out of the flames before dying back again.

If Lil’ Golden Book began the Princess Chelsea story then The Great Cybernetic Depression starts a completely new chapter. Seemingly four years in the making from concept to delivery, it’s a quite brilliant and astute collection.

The Princess Chelsea is here: princesschelsea.co.nz. She can be followed on Twitter as @lilgoldenbook and liked on Facebook.