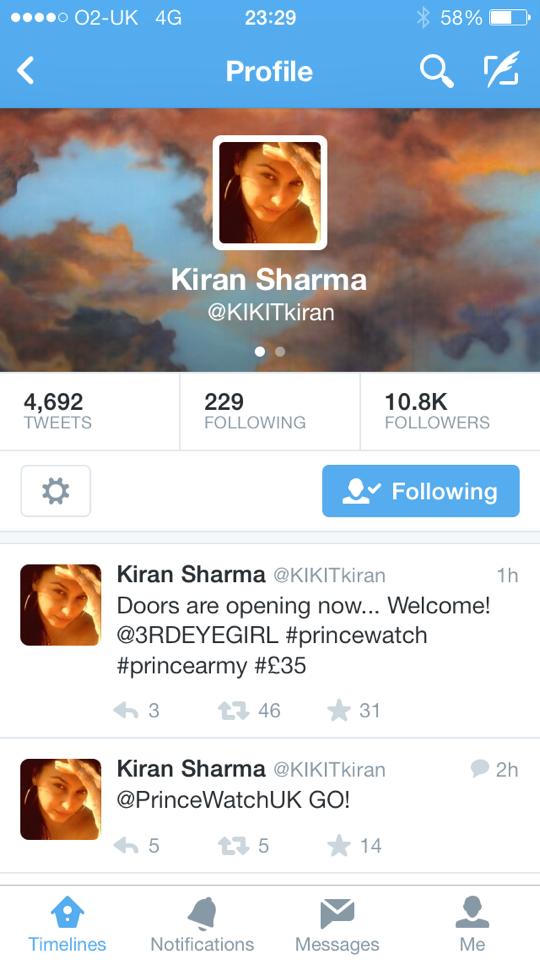 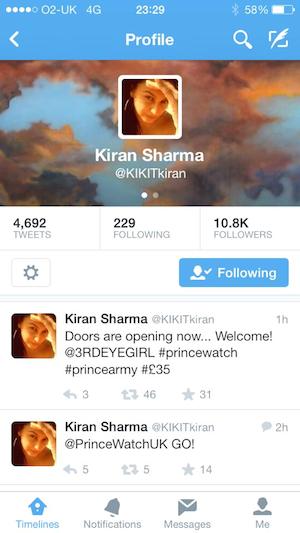 But Prince’s people have now announced that anyone who paid £35 for the second show only to find they saw a 2 song encore will get in free for the whole show tonight. Check with venue first as this could be another rumour.

Louder Than War’s David Brown was at the show

‘I was at the Prince show. Security had told us they were working till 4 when we were queuing. Looks like they held back tickets, didn’t sell them all and used the “second gig” to get people in for the encore. The tweets from the manager and the venue posting on facebook and ticketline posting about the second gig both happened while the first set was on as people were talking about them and wondering how doors could be open while the first gig was still on. Prince said something about letting people outside in during the first set too. The encore lasted as long as the main set. A lot of pissed off people knocking about.’

“It was like he was charging people to watch his encore’ one fan told LTW.

‘The first gig was brilliant but it was very confusing afterwards’

‘It seemed like they had put a couple of hundred tickets on the door for the first show but no-one knew so they sold them at the end but the second gig didn’t happen’ said another. 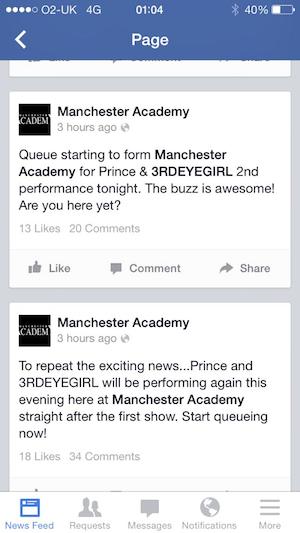