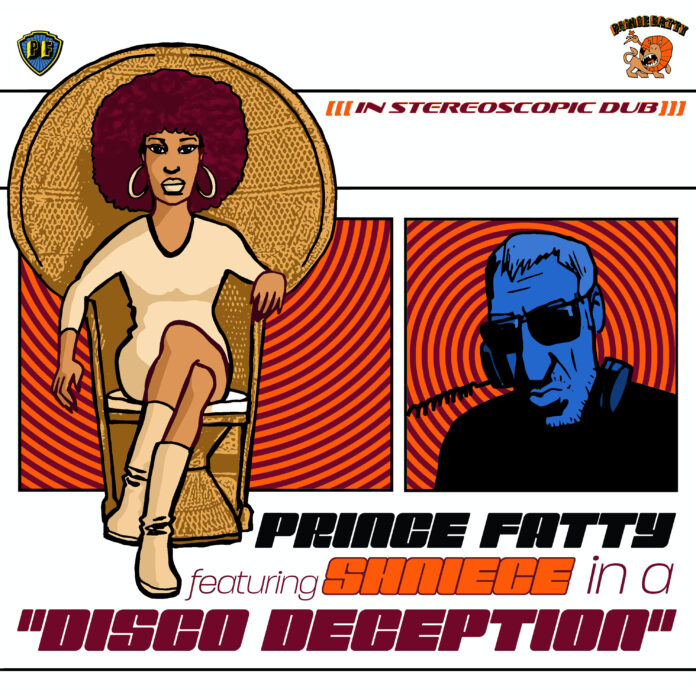 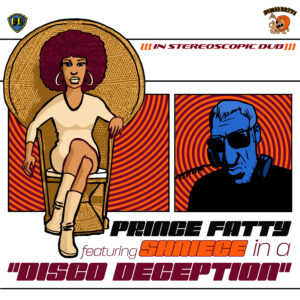 Releasing her debut solo EP and bringing some serious sunshine rhythms to the table, singer-songwriter Shniece McMenamin has joined forces with dub production maestro Prince Fatty to produce a five track EP, ‘Disco Deception.’ The first single ‘Take Me As I am’ features reggae heavyweight Horseman and will be released on the 29th May, followed by the full EP on the 19th June.

Prince Fatty (his name a riff on King Tubby obvs) is the man that, back in 2011, first brought us the Lovers Rock In Dub of Hollie Cook – UK Pop Reggae’s’ Number One Princess.

He has now linked up with and equally cool and effortlessly soulful vocal talent, the difficult to spell accurately, Shniece McMenamin.

Shnieces soothing and infectious vocal tones have travelled the world, and simultaneously performed and recorded with a who’s who of reggae, soul and hip-hop royalty, including Omar, Fatlip (Pharcyde), Mungos Hi-Fi, The Last Poets and now Prince Fatty.

The Prince has been flexing his own studio muscle as of late, after a mammoth 2019 of giving The Last Poets’ 50th anniversary album ‘Understand What Black Is’ a dub overhaul, as well as releasing his own solo album ‘In The Viper’s Shadow’ (which LTW reviewed here…and featured in our Best of the Year) it’s safe to say he’s been keeping busy – with big future plans too.

“Powerful Women = Powerful Music. Songs and singers that transcend time and dimensions. Myself, Fatty and Horseman have rocked these songs from the Far East to the shores of Brazil. We have brought to you the best of our Sound System Soul Experience.”

Another fantastic track Fatty and Shniece join forces on is this fantastic reggae version of Kraftwerks ‘The Model’. Which is available from here  – and includes a terrific dub version.

Summer’s here – the living aint so easy, but lets gracefully rise-about it and get our groove on to these mighty tunes.