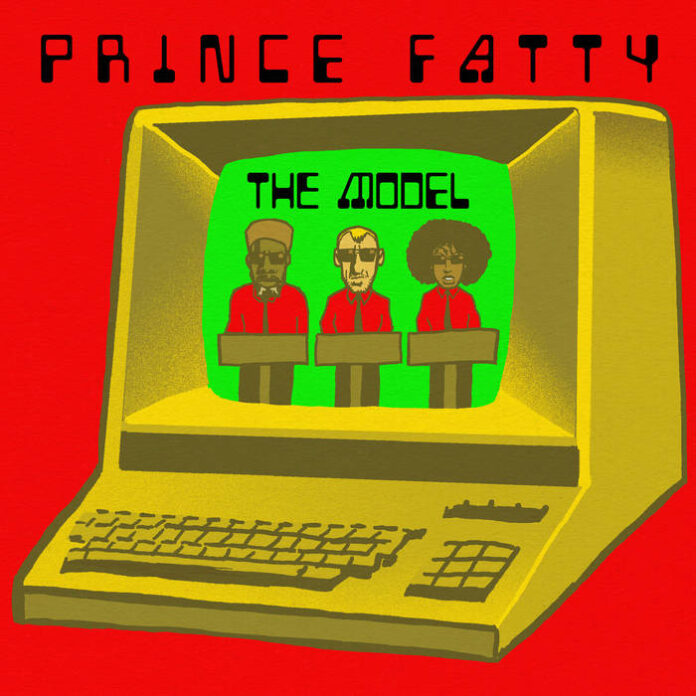 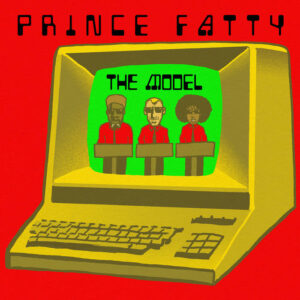 Prince Fatty manages to hybridize Soundsystem culture with psychoanalysis on his take on Kraftwerk’s 80s classic pop hit The Model.

Remixes can be 1 of 2 things. They can extract the various snippets of sounds and files from the original source material and rebuild it with the remixer in question’s editing abilities. Or they can really push the subject matter and general vibe of the tune into new areas of art. Like creating a conversation with the original piece and totally reinvent the thing.

Reggae, dub and hip hop legend Prince Fatty from Brighton selects the latter approach to remix culture and presents The Model as a smoky, skunking dub track which could easily be a classic in the Soul Jazz, On-U-Sound, early Island or Trojan Dub cannon. The original was purely electronic, pristine and perfectly fine, and if you inquire about the standards of The Model in comparison to the remaining Kraftwerk repertoire, it is a particularly poor pop song. It was prophetic and popular, and supposedly predicted the steering of the public’s fascination with fashion and fetish for the flesh to the now widely recognized kinds of esteemed and elite presentations of the body. Equally impressive is the symbol of the Model in today’s context as embodied by just about everybody who lives in a city in the age of the image, the police, the panopticon, the surveillance empire scanning every stretch of street and inch of the area we inhabit. But in comparison to Trans Europe Express, Tour de France, Autobahn, or Radioactivity; and although the concept of the inescapable consumerist gorge with fashion as its focal core, The Model it isn’t up to much musically. 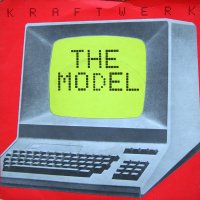 However, Prince Fatty recognizes there is still work to be done, more muscle to toughen, more space to explore, and further forces of life to breathe into the old, synthpop hit by inverting the perspective of its singer. Whereas the 1982 number 1 directs the animatronic male gaze toward a passing supermodel, one looking good, one that plays hard to get and smiles from time to time with its slick, electropop drive, its darkly futurist noir, its silly and simplistic lullaby lyrics, phased earworm synth lines and propulsive metropolitan beat, this newly dressed, fudgy dub version, uses the first person to narrate the track. A trick, and a technique, which elevates this version to new levels of what covers, and remixes, can be capable of when fed through a particularly bizarre, and equally brilliant conceptual filter (hot metallic robot rock pop from Dusseldorf smoked through a spliff and you get Fatty on the other side in Brighton).

The dub version which is track 2 ups the psychedelic expansiveness and doubles the dosage of its sweltering sound effects. The pinging and panging of mad ghetto machines and blasts of schizoid guitars, laughing with ripples and triggers of delay, approaching from every corner of the room. The bass (Black Steel) is too heavy to handle, supplanting to the main melody of the original. The voice (Shanice McMenamin and Horseman on the standard version) trickles with seductive power and the drums (Horseman) are free and unfold at their own pace but miraculously keep everything grounded with a gravity unique to Fatty.

It’s refreshing and inspiring to listen to synthpop in a dancehall, to hear Kling Klang in Studio One, and those fans familiar with Kraftwerk or Fatty’s work will enjoy this murky, moody and flavorsome toast to the old robots of the 80s and equally potent in today’s society just under forty years later, is the gradual erosion the male gaze or at least, the gradual recognition and adjustment to the eye which snaps and fragments and shuts it’s lens upon the body before it’s brutal stare. And although the words remain the same as they were when Kraftwerk released Das Model, the sentiment of subverting the perspective experienced by the voyeuristic male, in the bedroom or on a catwalk, itemizing The Model, a model, any model, before them, and weaponizing it knowingly from the viewpoint of a female voice, is very cool.

Download or Order the LP of The Model here