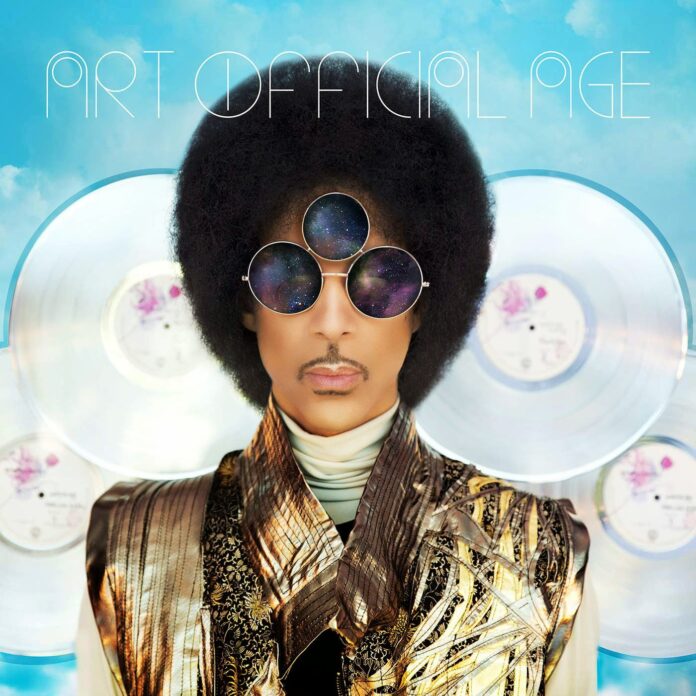 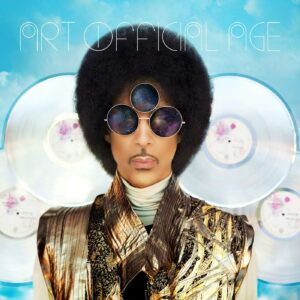 Prince’s Art Official Age is a collection of songs that will make you dance your rump off, scratch your head in confusion, feel unashamedly romantic and question your very own Godlike existence, or so says Louder Than War’s FGV.

Prince finally makes a realisation that we have all known for years. He is God.

Art Official Age is not the best album to ever carry the name ‘Prince’, but certainly is one of the most joyous, funky, emotional and downright listenable long players to emerge from the artist formerly known as The Artist in many years.

Let’s get one thing out of the way. Reviews that go on and on about Prince albums not being as accomplished or accessible as his former releases bug the heck out of me. Even the most avant-garde Prince release contains musical gems that most artists won’t come within a sniff of throughout their careers. It’s best we celebrate these artistic peaks and stop moaning about the patchiness of the rest. It’s Prince!

The opening track is an explosion of what people have come to love and hate about Prince. If there is a genre that fits this song, it hasn’t yet been named. It is part dance track, part funkathon, part pop extravaganza and part squeaky rap. There even appears to be some reference to water boarding, as a male voice demands information as the gurgling and rushing of liquid fills the speakers. This track is the sort of hot mess only Prince can make irresistible. First play through, I stood up and started dancing.

Is second track Clouds telling us we don’t need technology or drugs to connect with each other? Perhaps Prince sees them as two sides of an evil coin tempting him away from being a complete and happy entity. The album calls on the recurring theme of embracing ‘oneness’ with everything in the universe by rejecting individual desires and identity. Maybe this is what Prince is doing in concert by disallowing photos to
be taken. Why would you need a photo of him when we are all part of the same being? Duh!

To get this message across, Lianne La Havas brings back the Prince tradition of a disembodied female voice narrating proceedings to help listeners keep track of the storyline. Previous examples of this narrative device include Kirstie Alley investigating whether Prince is dating the underage Crown Princess of Cairo on the Love Symbol album (I’m not making this up) while Rain Ivana acts as the glue between The Gold Experience tracks.

La Havas explains across a number of Art Official Age tracks how Prince has been assimilated back into oneness. The reprogramming of the artist into his pure, unadulterated form culminates with the final track, affirmation III. Prince is so wholly returned to his ‘home’ state of being by this stage of proceedings that he doesn’t even need to sing. His telepathic thoughts can be sensed via the atmospheric music, synthesisers and drumbeats. I actually find this song to be strangely moving. I have been devoutly absorbing the art of Prince for most of my life and this final track explains that I don’t need him to be front and centre to draw pleasure from his music. It’s like finding out there is no Santa but you get the presents anyway.

It appears he has come to the same realisation. How weird that we, his audience, have been adoring him like a God for years while he has been on stage telling us to love Jesus. It now seems Prince has decided to join us in celebrating his God-like status but wants us to understand we are all up there with him. This is some deep, freaked out business. You + me + Prince = the Universe. As an atheist, I’m not sure how I feel
about this. Don’t even get me started on where Jesus has gone in this whole universal fusion of oneness incorporating R&B, pop, funk, disco, ballad, rap and electronica. JC seems to have left the building.

Art Official Age is a collection of songs that will make you dance your rump off, scratch your head in confusion, feel unashamedly romantic and question your very own Godlike existence.

Ain’t nobody else out there ticking all those boxes, people.