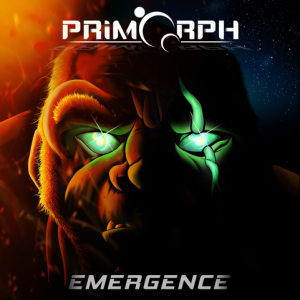 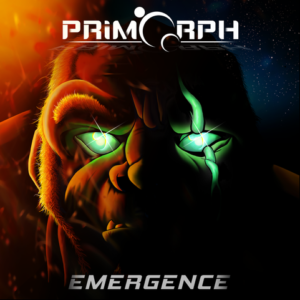 DL and available as limited run of cassettes

The last time I reviewed Primorph was for the Light Our Darkest Hour EP and he was called New Gods Of Cybertron. The darksynth project now called Primorph is Welsh composer and producer Gareth Lumb.

Primorph is influenced heavily by the music of late 80’s and early 90’s cartoons, films and video games and since renaming and establishing Primorph in February of 2017, the act has gone from strength to strength, signing with Timeslave recordings to release Emergence and also featuring alongside some stellar synthwave artists on the charity Future Sounds Vol 1 record, released by Timeslave.

From the massive sound of the intro on Battle Fatigue (great song name) you know that Lumb has really upped his game on this EP. The sheets of electronica and the throbbing baseline totally envelop the listener and threaten to engulf one in its 80s outrageousness.

Breakbeats are introduced here and there and the ever present haunting keyboard bring in layers that unsettle.

Follow up Failsafe is initially a slowburner, but the big beats come in along with the haunting metallic keyboards. The stops and starts throughout the track build up a tension and create layers that give the track a lovely texture and seems to take you on journeys to all corners of Primorph’s motherboard!

Again, Orion Pax has a moody slow start with twinkly electronica which eventully lead into THE greatest 80s guitar noodling not heard since Europe or an episode of CHiPS or TJ Hooker. It is absolutely 100% unadulterated cheese synth pop rock and has a complete disregard for irony or current musical trends. It just exists as it is and is very wonderful.

Center Fugue has another slow, twinkly keyboard intro that soon turns into BIG stabs of beats and sounds that could easily soundtrack a trailer for a film depicting a failed mission to Saturn or Mars. It has drama and manages to unsettle, both in it’s quiet parts as well as it’s loud sections.

P.A.D. is full on keyboard gymnastics and theatrics which combined with the big beats and glitchy elements turns out to be a really loud track actually! Very full on and in your face electronica.

Final track Exit Stage Left has insistent racing keyboard riffs and frills that evolve into a massive progressive bass line that just seems to continually speed up. The track again has stop start sections that ramp up the drama and tension. The beats and keyboards eventually go into hyperdrive and play out to the fade.

Yet again, Lumb as Primorph has produced a pure 80s tinged electro, electronica, synth, darksynth, (whatever the hell you want to call it!) 6 track EP which is a joy to listen to and a great indulgence. Listen to this and you will be completely hooked on the genre.

https://timeslaves.bandcamp.com/album/emergence-e-p
Words by Ioan Humphreys. More writing by Ioan can be found at his author’s archive. You can also find him on Twitter at @ioan_humphreys.