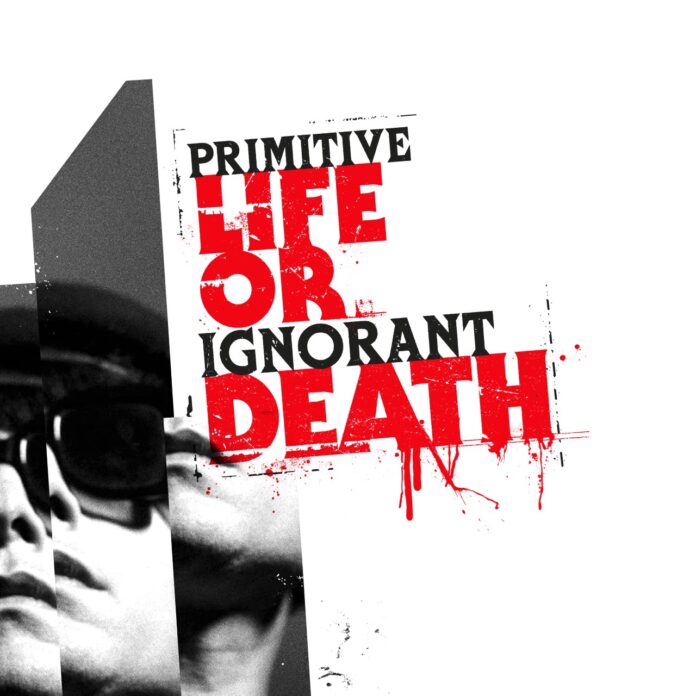 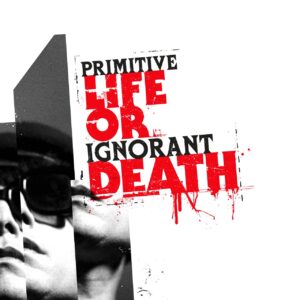 Sym Gharial, aka Primitive Ignorant, delivers a life-affirming mini-epic in the shape of his latest EP, Life Or Death. Andy Brown shares his thoughts for Louder Than War.

For the uninitiated, Primitive Ignorant is the latest (and some would say greatest) project from Sym Gharial. You may know Gharial from Piano Wire, or as the bassist in the much-missed psychobilly punk act, The Eighties Matchbox B-Line Disaster. Primitive Ignorant is an entirely different prospect and has found the multi-instrumentalist collaborating with a number of different vocalists to produce some of his most personal material. The Life Or Death EP follows on from April’s Infant Joy On Midnight Streets with another cathartic and experimental collection of tracks.

Gharial may be in a much better place these days, yet addiction, poor mental health and even attempted suicide have darkened his door in the past. The bassist was miraculously brought back from the dead following an overdose and it’s this phoenix-like resurrection that drives the EP. It begins with Back From The Dead and the slow, steady beat of a heart monitor. It flatlines, before we’re flung into the drama, menace and melancholy of High Rise Vampires. Vocalist Jamie Hall delivers Gharial’s words from the abyss, “I know I’m never coming back from the lion’s dagger.”

The EP continues to keep us on our toes with the immersive Death Threats. The track mixes Gharial’s scrambled vocals, fuzz-laden bass, twisted electronics and beats into something dark and brooding. Anyone expecting an EP of guitar revivalism will be greeted by something altogether more startling. Yet again, the subject matter is very personal as the track was written in response to the death threats Gharial received following the release of the Primitive Ignorant debut album, Sikh Punk. The tide begins to turn with the near ten-minute remix of Last In The Riot by reclusive Scottish artist, Sordid Sound System. Appropriately enough, it’s not called a remix, but a rebirth.

Crystal World finds vocalist Katie Kaboose delivering an exhilarating performance over the EP’s most euphoric track: an inspired, lush and majestic slice of revelatory future-pop. The track finds Gharial searching for something better, as he comes to the realisation that his youthful rebellion may be doing him more harm than good. The journey is finally complete with the EP’s last track, Amaya. Named after Gharial’s newborn daughter, the track revolves around a recording of her heartbeat – the sound of new life and the start of another journey for our guide.

Over the course of the EP, Gharial drags himself from the icy clutches of death to embrace fatherhood with a fully reinvigorated lust for life. It may only be six tracks long, yet musically and thematically, there’s a real sense of scope here. Life Or Death combines some of the finest Primitive Ignorant music yet with a genuinely life-affirming tale of life, death and renewed hope.