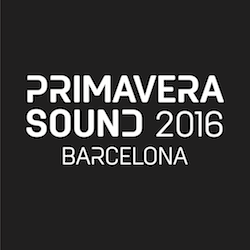 As this years Primavera Sound festival in Barcelona fast approaches, we take another look over the line up and swoon over some of the potential highlights of this years festival.

First up are Madrid’s Baywaves, with a sound not all that dissimilar to Real Estate their hazy laidback indie pop is cut with delicate psychedelic twists. Allowing them to transcend the monotony of the aforementioned Real Estate and carve their own niche with their intriguing sound, Baywaves are set to open the Martini stage on Friday lunch time. Despite their early set time they’re sure to have everyone swooning over their blissed out grooves.

Baywaves play the Martini stage at 12:00 on Friday 3rd of June.

Andy Shauf is already on to his third record, but its his latest album The Party released recently on Anti that has brought him to our attention. The Canadian’s elegant folk pop tracks are again at the more relaxing end of the spectrum with, graceful piano melodies and string orchestrations all underpinning Shauf’s sweet acoustic guitar and his ethereal vocals.

Andy Shauf plays the Auditori Rockdelux at 17:30 on Thursday 2nd of June and the Sala Teatre stage at 15:30 on Friday 3rd of June.

Australia’s Methyl Ethel released their epic debut album Oh Inhuman Spectacle just yesterday on 4AD, a melancholic psychedelic trip through a twinkling landscape of graceful synths. Another wonderfully relaxing band, however there is something special about Methyl Ethel aside from their laidback sound, there are a multitude of sounds on the album setting it apart from so many others with its beautiful textures.

Methyl Ethel play the Daypro stage at 14:00 on Thursday 2nd of June and the Nightpro stage at 02:00 on Friday 3rd of June.

Deviating somewhat from the chilled out tones of these first three at Mbongwana Star, having formed in Kinshasa three years ago. Their debut album From Kinshasa was released last year to critical acclaim, their exceptionally unique sound truly sets them apart as they meld traditional Congolese music with a variety of western influences. Their funky take on electronic music is sure to become one of the soundtracks to this years festival as they get everyone up and dancing.

Mbongwana Star play the Ray-Ban stage at 00:55 on Thursday 2nd of June.

One of the best things about this years festival is the diversity of its line up and U.S. Girls adds yet another intriguing facet to this years edition. With her mind bending synths, that collide to produce some of the funkiest alt-pop around. From the pounding tones of the upbeat Woman’s Work, to the brooding and pulsating hum of Window Shades she is set to truly set this years festival alight with another exciting set.

U.S. Girls play the Adidas Originals stage at 18:55 on Saturday 4th of June.

Whilst this isn’t a definitive nor exhaustive list, we’re sure these bands will all set this years festival alight, in their own exciting ways. However, we’ve alluded to it before that this years Primavera is the most diverse yet, and for that reason we wanted to highlight some of the things that have gotten us truly excited about this years festival.

First up is the incomparable Car Seat Headrest, having released numerous bedroom albums he released his first album proper Teens of Style at the end of last year on Matador. It received copious amounts of acclaim for it’s refreshing sound, with the follow up Teens of Denial being released yesterday but not without its problems. However, it has seen Will Toledo hailed as the saviour of guitar music, his individual sound is truly refreshing. There is no doubt that Car Seat Headrest’s set at Primavera is going to be one of the most exciting of the weekend.

Car Seat Headrest play the Pitchfork stage at 19:00 on Thursday 2nd of June.

Another artist who has received an astounding amount of critical acclaim and rightly so is Newcastle’s Richard Dawson, with a voice so delicate yet equally crushing he is truly astounding both on record and in person. At Primavera he will perform in the breath-taking surroundings of the Auditori Rockdelux a huge 3000 seat theatre, he is certain to render all-comers speechless with his intense folk tales. Richard is a true one off and is sure to blow everybody away with his power!

Richard Dawson plays the Auditori Rockdelux at 17:30 on Friday 3rd of June.

Floating Points is the moniker of electronic music producer Sam Shepherd who brings his live outfit to this years Primavera. Having long been a fan of his beautiful electronica we’re truly excited to see how it works live, with an eleven-piece band it promises to be special as he brings his intricate rhythms to life. Especially as he combines such a variety of instruments in his live sets with a string quartet amongst other things. As if this wasn’t enough Shepherd will also DJ at the festival.

One band who were snuck onto the line up after the majority were announced are The Avalanches, who are set to make their comeback appearance at this years festival. Despite there being no sign of a follow up to their lauded debut album Since I Left You, it still makes it no less exciting as we hopefully get to hear new material from them, alongside old favourites. The Avalanches will not only play live but will also DJ at the closing party.

John Carpenter needs no introduction a musical master, he has soundtracked so many iconic horror films including The Fog and The Thing. However, he has never played live, until last night when he made his debut at the tender age of 67 years old. For these performances he has put a band together including his son Cody Carpenter and godson Daniel Davies who is the son of The Kink’s Dave Davies. We’d be lying if we said we weren’t insanely excited to see what Carpenter has in store a true living legend, this is set to be one of the highlights of the entire festival.

John Carpenter plays the Primavera stage at 23:50 on Thursday 2nd of June.

There is absolutely no doubt in our minds that this year is set to be Primavera Sound’s best to date, in spite of a number of heartbreaking clashes it was always bound to happen with such an incredible line up. We will have one more instalment to our previews of this years festival and that will detail all of the other things that are going on around the festival as if this wasn’t already enough!